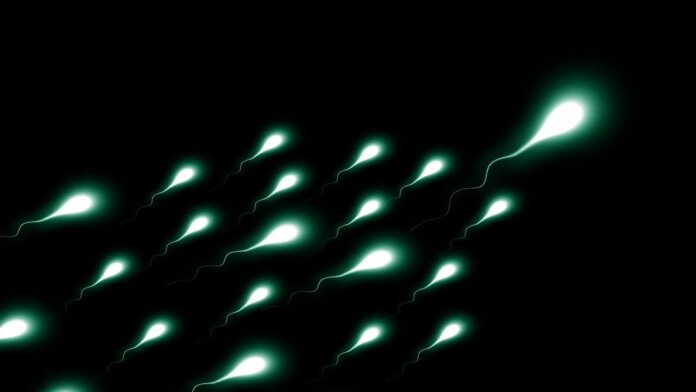 The rules of inheritance are supposedly easy. Dad’s DNA mixes with mom’s to generate a new combination. Over time, random mutations will give some individuals better adaptability to the environment. The mutations are selected through generations, and the species becomes stronger.

But what if that central dogma is only part of the picture?

A new study in Nature Immunology is ruffling feathers in that it re-contextualizes evolution. Mice infected with a non-lethal dose of bacteria, once recovered, can pass on a turbo-boosted immune system to their kids and grandkids—all without changing any DNA sequences. The trick seems to be epigenetic changes—that is, how genes are turned on or off—in their sperm. In other words, compared to millennia of evolution, there’s a faster route for a species to thrive. For any individual, it’s possible to gain survivability and adaptability in a single lifetime, and those changes can be passed on to offspring.

“We wanted to test if we could observe the inheritance of some traits to subsequent generations, let’s say independent of natural selection,” said study author Dr. Jorge Dominguez-Andres at Radboud University Nijmegen Centre.

“The existence of epigenetic heredity is of paramount biological relevance, but the extent to which it happens in mammals remains largely unknown,” said Drs. Paola de Candia at the IRCCS MultiMedica, Milan, and Giuseppe Matarese at the Treg Cell Lab, Dipartimento di Medicina Molecolare e Biotecnologie Mediche at the Università degli Studi di Napoli in Naples, who were not involved in the study. “Their work is a big conceptual leap.”

The paper is controversial because it builds upon Darwin’s original theory of evolution.

You know this example: giraffes don’t have long necks because they had to stretch their necks to reach higher leaves. Rather, random mutations in the DNA that codes for long necks was eventually selected, mostly because those giraffes were the ones that survived and procreated.

Yet recent studies have thrown a wrench into the long-standing dogma around how species adapt. At their root is epigenetics, a mechanism “above” DNA to regulate how our genes are expressed. It’s helpful to think of DNA as base, low-level code—ASCII in computers. To execute the code, it needs to be translated into a higher language: proteins.

Similar to a programming language, it’s possible to silence DNA with additional bits of code. It’s how our cells develop into vastly different organs and body parts—like the heart, kidneys, and brain—even though they have the same DNA. This level of control is dubbed epigenetics, or “above genetics.” One of the most common ways to silence DNA is to add a chemical group to a gene so that, like a wheel lock, the gene gets “stuck” as it’s trying make a protein. This silences the genetic code without damaging the gene itself.

These chemical markers are dotted along our genes, and represent a powerful way to control our basic biology—anything from stress to cancer to autoimmune diseases or psychiatric struggles. But unlike DNA, the chemical tags are thought to be completely wiped out in the embryo, resulting in a blank slate for the next generation to start anew.

Not so much. A now famous study showed that a famine during the winters of 1944 and 1945 altered the metabolism of kids who, at the time, were growing fetuses. The consequence was that those kids were more susceptible to obesity and diabetes, even though their genes remained unchanged. Similar studies in mice showed that fear and trauma in parents can be passed onto pups—and grandkids—making them more susceptible, whereas some types of drug abuse increased the pups’ resilience against addiction.

The new study plays on a similar idea: that an individual’s experiences in life can change the epigenetic makeup of his or her offspring. Here, the authors focused on trained immunity—the part of the immune system that we have at birth, but is capable of learning and “remembering” previous infections to better fight off the next round.

The team first exposed adult mice to infectious elements like fungi or yeast particles to simulate an infection. Once recovered, the mice were mated with healthy mice, resulting in normal-looking baby pups.

But they all had a superpower. When challenged with potential pathogens—say, the bacteria E. Coli—they showed a much stronger immune reaction compared to mice with non-infected parents. The pups’ bodies were able to better recruit immune cells to infection sites, and they also triggered a more ferocious immune response against bacterial attackers—even though it was their first encounter with these pathogens.

Even more impressive, this superimmunity continued for the next generation. The grandkids of mice originally infected also had lower bacteria levels in their system after rummaging around a bacteria-rich environment. However, the protection tapered in the third generation—the great-grandkids—suggesting that whatever was passed on had an expiry date.

How can trained immunity be passed on to offspring?

The first head-scratcher was that on the surface, white blood cells and other “attackers” didn’t seem any different between disease-resistant mice and normal ones. But when the team looked to the source of immune cells—the bone marrow—their epigenetic landscape painted a vastly changed picture.

Mice born from previously infected parents or grandparents had a more open epigenetic landscape. That is, several of their genes that help immune cells develop and activate were more easily accessible, allowing them to rapidly turn on in times of need. One type of immune soldier was especially primed for action in these mice, with a boosted metabolism and responsiveness to threats.

But how can these changes be passed along to the next generation when the parents never directly experienced an infection?

One answer seems to be altered sperm. Looking at the epigenetic landscape, the team found a “fingerprint” that better primed white blood cells to protect the pups from any bacteria. Fortified sperm isn’t the only answer; mice born from previously infected moms also had turbo-boosted immunity, but how that works remains a mystery. How changes in immune cell epigenetics are telegraphed to reproductive cells is also anyone’s guess, although drifting biomolecules called small interfering RNA may be the messenger.

Bottom line? Epigenetic “soft” inheritance is more widespread than we thought. While the work is in mice, a previous study showed that children of parents who were given the BCG vaccine had substantially higher early-life survival. Like mice, we may also inherit our parents’ immunity and pass it on to our kids.

But it’s not all unicorns and rainbows. Strong inflammatory responses, while efficient at fighting off bacterial invaders, can also trigger atherosclerosis, heart and blood vessel diseases, and even accelerated aging. The question the team next seeks to answer is, does inherited superimmunity come with unexpected downsides?

For now, the results build upon previous observations that DNA isn’t the end-all when it comes to inheritance. “I’m really curious to see how the scientific community sees this paper. I’m sure there’ll be some criticism,” said Dominguez-Andres.