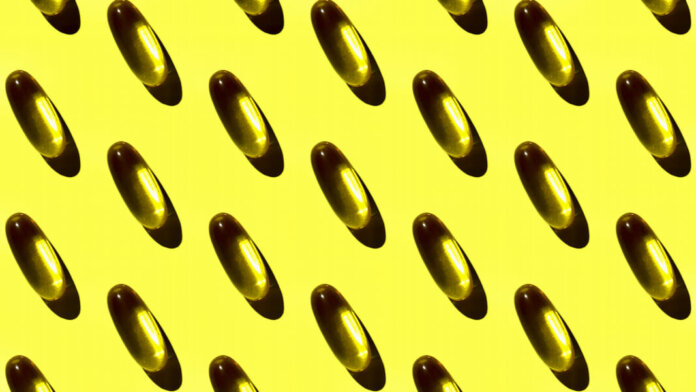 AI research wunderkind, DeepMind, has long been all fun and games.

The London-based organization, owned by Google parent company Alphabet, has used deep learning to train algorithms that can take down world champions at the ancient game of Go and top players of the popular strategy video game Starcraft.

Then last year, things got serious when DeepMind trounced the competition at a protein folding contest. Predicting the structure of proteins, the complex molecules underpinning all biology, is notoriously difficult. But DeepMind’s AlphaFold2 made a quantum leap in capability, producing results that matched experimental data down to a resolution of a few atoms.

In July, the company published a paper describing AlphaFold2, open-sourced the code, and dropped a library of 350,000 protein structures with a promise to add 100 million more.

This week, Alphabet announced it will build on DeepMind’s AlphaFold2 breakthrough by creating a new company, Isomorphic Labs, in an effort to apply AI to drug discovery.

“We are at an exciting moment in history now where these techniques and methods are becoming powerful and sophisticated enough to be applied to real-world problems including scientific discovery itself,” wrote Demis Hassabis, DeepMind founder and CEO, in a post announcing the company. “Now the time is right to push this forward at pace, and with the dedicated focus and resources that Isomorphic Labs will bring.”

Hassabis is Isomorphic’s founder and will serve as its CEO while the fledgling company gets its feet, setting the agenda and culture, building a team, and connecting the effort to DeepMind. The two companies will collaborate, but be largely independent.

“You can think of [Isomorphic] as a sort of sister company to DeepMind,” Hassabis told Stat. “The idea is to really forge ahead with the potential for computational AI methods to reimagine the whole drug discovery process.”

While AlphaFold2’s success sparked the effort, protein folding is only one step—arguably simpler than others—in the arduous drug discovery process.

Though details are scarce, it appears the new company will build a line of AI models to ease key choke points in the process. Instead of identifying and developing drugs themselves, they’ll sell a platform of models as a service to pharmaceutical companies. Hassabis told Stat these might tackle how proteins interact, the design of small molecules, how well molecules bind, and the prediction of toxicity.

That the work will be separated from DeepMind itself is interesting.

The company’s not insignificant costs have largely been dedicated to pure research. DeepMind turned its first profit in 2020, but its customers are mostly Alphabet companies. Some have wondered if it’d face more pressure to focus on commercial products. The decision to create a separate enterprise based on DeepMind research seems to indicate that’s not yet the case. If it can keep pushing the field ahead as a whole, perhaps it makes sense to fund a new organization—or organizations, seeded by future breakthroughs—as opposed to diverting resources from DeepMind’s more foundational research.

Isomorphic Labs has plenty of company in its drug discovery efforts.

In 2020, AI in cancer, molecular, and drug discovery received the most private investment in the field, attracting over $13.8 billion, more than quadruple 2019’s total. There have been three AI drug discovery IPOs in the last year, and mature startups—including Exscientia, Insilico Medicine, Insitro, Atomwise, and Valo Health—have earned hundreds of millions in funding. Companies like Genentech, Pfizer, and Merck are likewise working to embed AI in their processes.

To a degree, Isomorphic will be building its business from the ground up. AlphaFold2 is without a doubt a big deal, but protein modeling is the tip of the drug discovery iceberg. Also, while AlphaFold2 had the benefit of access to hundreds of thousands of freely available, already modeled protein structures, the lion’s share of molecular data relevant to drugs is siloed in proprietary databases owned by pharmaceutical companies.

There’s also a big difference between models and predictions—and even promising animal trials—and drugs approved for human consumption. Most drugs fail somewhere along the line. And while investment has ballooned in recent years, the AI approach has yet to yield a banner result. Exscientia has two drugs in Phase 1 clinical trials and Valo Health has two it hopes will enter Phase 2 trials later this year or early next. It will likely be years before the full promise of AI in drug discovery is proven out.

Still, Isomorphic has a few advantages on the competition. It’s backed by one of the world’s biggest companies—worth nearly $2 trillion as of this writing—and is linked by “blood” to one of the top AI research outfits. If it can make a dent in today’s decade-long, multibillion-dollar drug discovery process, the impact could be huge.

“Biology is likely far too complex and messy to ever be encapsulated as a simple set of neat mathematical equations,” Hassabis wrote in his recent blog post. “But just as mathematics turned out to be the right description language for physics, biology may turn out to be the perfect type of regime for the application of AI.”