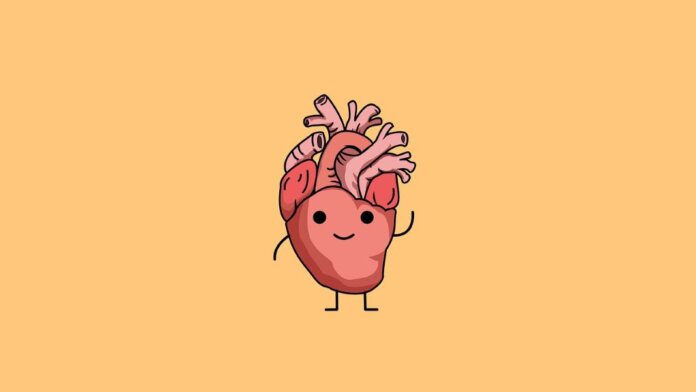 I’m talking about CAR-T, the immunotherapy that revolutionized blood cancer treatment. Here, a person’s immune T cells are removed from the body, genetically enhanced to better target cancer cells, and infused back into the body. By hijacking and amping up the body’s own immune response, CAR-T therapy can readily battle cancers that were impervious to other treatments.

The problem? It’s expensive, time-consuming, and tailored to each person. It’s why one treatment course can cost nearly half a million dollars. It’s also partly why the powerful treatment hasn’t yet conquered other diseases that can benefit from super-powered T cells.

Until now. In a breakthrough, a study led by Dr. Jonathan A. Epstein at Penn Medicine directly transformed T cells inside the bodies of mice. The team used mRNA protected by nano-bubbles of fatty protein to dock onto T cells. Once absorbed, the cells readily translated mRNA into proteins—dotting the outside of T cells—that acted as homing beacons to find and destroy heart cells responsible for scarring. In mice with heart failure, the treatment reduced heart damage and improved pumping function.

The work “provides a strong rationale for the broadening of immunotherapies into disease areas with unmet needs,” said Torahito Gao and Dr. Yvonne Chen at the University of California, Los Angeles, who were not involved in the study.

What’s especially jaw-dropping is the transformation process. Since all it took was mRNA, in theory the therapy could be injected into anyone. If the idea sounds familiar, you’re right—it’s how Covid-19 mRNA vaccines work. So long to the multi-step hazards and costs of lab-engineered CAR-T; hello to a one-shot wonder that’s potentially safer, easier, and scalable to millions with heart disease.

“The most notable advancement is the ability to engineer T cells for a specific clinical application without having to take them out of the patient’s body,” said Epstein.

T cells are vicious. They circulate the body in the bloodstream, hunting for signs of intrusion—cancers, viruses, bacteria—and rallying other immune troops to knock out invaders. But immune attacks are a cat and mouse game, and intruders can eventually mutate to evade surveillance. Under constant threat, T cells gradually break down, depleting in number and strength.

Enter CAR-Ts, or T cells genetically enhanced with chimeric antigen receptor (CAR). Here, T cells are first extracted from the body—this is relatively easy since they live in our blood. Using genetic engineering, including CRISPR, the cells get a dose of new genes, CARs, which act as bloodhounds to hunt down the enemy. Some even get “brake” genes snipped out, turning T cells into formidable enemies that kill cancers on sight.

The CAR-Ts are then expanded in number to millions inside Petri dishes, and subsequently infused back into the patient. They’re a hearty bunch: the cells can exist for months to years, ready for battle anytime.

That’s great for cancer, but not so much for heart disease, explained Epstein. Unlike cancers, the cells that trigger heart scarring only briefly activate after an injury. These cells, dubbed fibroblasts, aren’t pure evil. Normally they pump out a goo-like molecule that helps build up scaffolding around heart cells. They’re also critical for wound healing. But after injury they get over-hyped, refusing to quiet down, and this in turn causes massive scarring in the heart—a condition called fibrosis, which contributes to eventual heart failure.

This Jekyll-and-Hyde nature of heart fibroblasts are exactly why normal CAR-T therapy likely wouldn’t work. Angry CAR-Ts that roam around the body for months targeting fibroblasts are a dangerous overkill.

If those proteins mimic the Covid-19 virus’s spike protein, you get a vaccine. If they mimic signature proteins on an activated fibroblast ready to do some damage, you get a solution for heart failure.

But what’s the target? Back in 2019, Epstein’s lab screened gene expression data from patients with or without heart disease and nailed down one protein: fibroblast activation protein (FAP). Healthy fibroblasts produce FAP at a low level, but once activated, the quantity of the protein shoots up. Like lighting a bonfire in pitch-black woods, FAP now serves as a perfect target for CAR-Ts to hunt down. Indeed, FAP-targeting CAR-T cells, once reinfused into mice, annihilated these fibroblasts, resulting in less scaring and better heart function.

Similar to classic CAR-T therapy, the original solution resulted in battle-eager cells that stuck around. In this study, the team took a page from the Covid-19 mRNA vaccine recipe book, aiming for a transient T cell powerup. It starts with a heavily modified mRNA that encodes the bloodhound component for FAP. The chemical modifications help stabilize the mRNA, explained the authors.

Next is a new delivery shuttle for the payload. Here, the team used lipid nanoparticles, tiny fatty spaceships that surround mRNA and carry it to its destination. To program the correct “GPS coordinates”—that is, where the spaceships should go to dock—the team decorated the outside of the capsule with protein “hooks” that specifically grab onto T cells.

The team then injected the contraptions directly into the bloodstreams of mice. As the fatty spaceships found and docked onto T cells, they fused with the cells’ bubbly membranes, releasing mRNA into their interior. The T cells adopted this new code as their own, faithfully translating it into CAR proteins—and voilá, the cells were transformed into FAP CAR-T cells.

It’s not just a physical makeover. Heart failure is marked by increasing scar tissue, causing the organ to balloon in size and reducing its pumping function. The mRNA treatment reversed all these symptoms in mice with heart fibrosis just one week after a single injection. In some mice the reversal was so stark that their heart chambers became indistinguishable from those of healthy counterparts.

Unlike classic CAR-Ts, the cells here are like the Hulk. They’re powerful, but they only stick around for a bit before reversing back to their original form.

mRNA are highly unstable molecules. This is why the newly converted FAP CAR-T are undetectable within a week rather than months or years. For heart fibrosis, this is great news: the super-powered cells can come in right when needed and quickly chill out to avoid side effects. Here, the researchers didn’t notice any toxic effects from the treatment.

This isn’t the first study to engineer CAR-Ts inside the body. An earlier study used a virus to deliver genetic elements to help T cells in mice battle leukemia. However, the new solution with mRNA is likely safer, as it circumvents potential problems from the virus or the need for chemotherapy. It removes “a source of considerable toxicity that is typically associated with CAR-T cell therapies,” said Gao and Chen.

Lots more questions need answering before the treatment goes into human trials. High on the list is long-term toxicity. FAP-based therapies have triggered side effects in previous studies unrelated to heart fibrosis. Another is the optimal time for treatment—should it be directly after injury, or is there a larger window?

Regardless, the study represents a new era for an already game-changing therapy. The idea “is ground-breaking because it’s a whole new way of thinking about a therapeutic application, redirecting the T cell to control other aberrant cells. Obviously that makes huge sense in cancer, but that’s just the start of things,” said Dr. Jeffrey Molkentin at Cincinnati Children’s Hospital, who was not involved in the study. “It’s precedent-setting.”