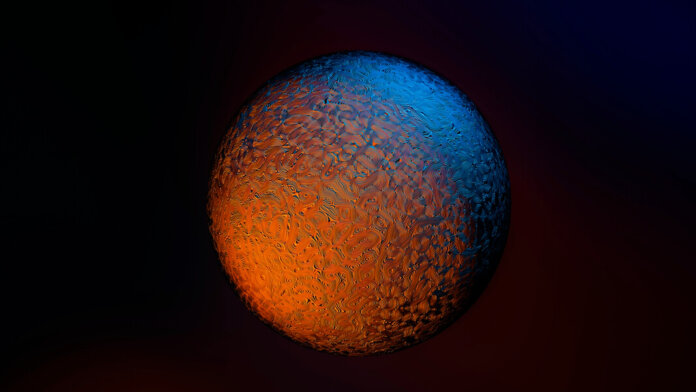 Can We Prove the World Isn’t a Simulation?
David Chalmers | Nautilus
“You might think you have definitive evidence that you’re not [in a simulation]. I think that’s impossible, because any such evidence could be simulated. Maybe you think the glorious forest around you proves that your world isn’t a simulation. But in principle, the forest could be simulated down to every last detail, and every last bit of light that reaches your eyes from the forest could be simulated, too. Your brain will react exactly as it would in the nonsimulated, ordinary world, so a simulated forest will look exactly like an ordinary one.”

Experimental Robot Surgeon Can Operate Without Human Help
Ed Cara | Gizmodo
“A team of researchers at Johns Hopkins University and elsewhere say their robot was able to pull off a complicated and delicate surgical procedure on a pig without the assistance of humans for the first time. What’s more, the robot even appeared to do the job better than human surgeons. ‘…STAR is the first robotic system to plan, adapt, and execute a surgical plan in soft tissue without human intervention,’ [Axel] Krieger, an assistant professor in mechanical engineering at Johns Hopkins, told Gizmodo in an email.”

The New Version of GPT-3 Is Much Better Behaved (and Should Be Less Toxic Too)
Will Douglas Heaven | MIT Technology Review
“The San Francisco-based lab says the updated model, called InstructGPT, is better at following the instructions of people using it—known as ‘alignment’ in AI jargon—and thus produces less offensive language, less misinformation, and fewer mistakes overall—unless explicitly told not to do so.”

How to Build a Better Metaverse
Gilad Edelman | Wired
“The metaverse, you may have heard, is the next big thing: an ever-present social cyberspace in which people—or their digital avatars—will work, hang out, and shop. As it happens, this was also the next big thing in 2003. …In many ways, the metaverse being pitched by Facebook—er, Meta—and other companies isn’t so different from Second Life. And yet [Philip] Rosedale’s creation never came close to reaching the world-conquering scale that gets the likes of Mark Zuckerberg out of bed in the morning. What could make this time different?”

The Battle for the World’s Most Powerful Cyberweapon
Ronen Bergman and Mark Mazzetti | The New York Times
“For nearly a decade, the Israeli firm had been selling its surveillance software on a subscription basis to law-enforcement and intelligence agencies around the world, promising that it could do what no one else—not a private company, not even a state intelligence service—could do: consistently and reliably crack the encrypted communications of any iPhone or Android smartphone.”

The Quest to Trap Carbon in Stone—and Beat Climate Change
Vince Beiser | Wired
“On a barren lava plateau in Iceland, a new facility is sucking in air and stashing the carbon dioxide in rock. The next step: Build 10,000 more. …For direct air capture to have a real impact, the industry has to find a way to expand at a stupefying rate. Climeworks, Carbon Engineering, and their ilk need to build thousands of plants to capture even a few gigatons of carbon dioxide.”

What if Quantum Computing Is a Bust?
Chris Jay Hoofnagle and Simson Garfinkel | Slate
“What if, as some critics like [Mikhail] Dyakonov argue, quantum computing is just too complicated and too hard a problem to solve—at least for the next few decades? …In this scenario (call it ‘Quantum Winter’), quantum computing devices remain noisy and never scale to a meaningful quantum advantage.”