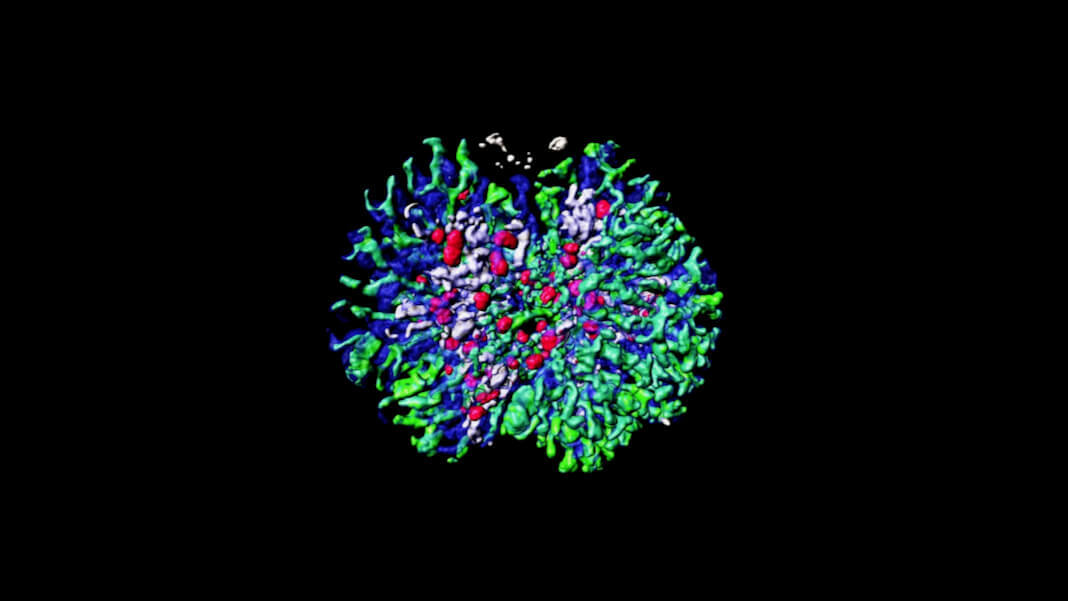 Over 93,000 people in the US are in need of a kidney transplant. Our kidneys are delicate organs that can be damaged by a poor diet, overuse of alcohol or anti-inflammatory drugs, and high blood pressure, among other factors. They’re also hugely complex; each kidney contains around a million nephrons, intricate filters that let fluid and waste products through while retaining blood cells, proteins, and minerals.

Though a fully-functioning artificial kidney is years away at best, scientists are making incremental progress in replicating these vital organs. A team from Kumamoto University in Japan has just succeeded in recreating an often-overlooked yet integral piece of the kidneys: a connective tissue called the stroma.

In their paper, published yesterday in Nature Communications, the team describes how they used pluripotent stem cells from mice to create stromal progenitors, one of three key cell types that end up developing into functioning kidneys, each playing an essential role in the organ’s function. Stromal progenitors develop into stroma, the tissue that surrounds nephrons and ureteric ducts.

The team noted that although other studies have been able to create nephrons and ureteric ducts from stem cells, these didn’t fully function as they would in real kidneys due to the absence of stromal cells, which are crucial for cell signaling. The team took embryonic stem cells from mice and induced these to differentiate into kidney-specific stromal cells, using a cocktail of chemicals meant to mimic those that would occur in vivo.

When they combined the stromal cells with nephron and ureteric bud cells (which they also created from stem cells), the result was a “kidney-like 3D tissue, consisting of extensively branched tubules and several other kidney-specific structures.”

According to the researchers, this is the most complex kidney structure that’s been generated from scratch in a lab. Though this study was done in mice, the team noted that it has already created the first two kidney components—nephron progenitors and ureteric buds—from human induced pluripotent stem cells (iPSCs). If they’re able to also create stromal cells from iPSCs, they said, “a similarly complex human kidney should be achievable.”

Progress has been made both towards biological replacement kidneys—that is, ‘living’ kidneys based on human or animal cells—and artificial ones, made of non-organic material that’s able to mimic biological processes. For example, in 2020 a team of chemical engineering researchers from the University of Arkansas used a porous mesh made of platinum to recreate the ion transport function of nephrons (ion transport is the second phase of filtering that nephrons perform).

The Arkansas team argued that synthetic kidneys could ultimately work better than biologically-based ones, as the latter have trouble replicating kidney function without the physical and hormonal signaling that controls real organs.

You probably heard about the recent transplant where a pig’s heart was implanted in a living human patient for the first time ever—and the man is still alive weeks later. To get his body to accept the heart rather than immediately attacking it as an invader, scientists had to make significant genetic edits to the pig’s DNA to prevent an immune response in the recipient and limit the heart’s growth once implanted.

Growing organs in genetically edited animals for transplant into humans is a third possibility beyond cell-based and fully synthetic artificial organs that could come to pass, though the ethical implications are somewhat murky (think an animal version of Ishiguro’s Never Let Me Go).

Scientists will continue to chip away at advancing these various forms of ex vivo human organ creation. A viable solution will likely require piecing together many advancements made by different teams, bringing into sharp focus just how complex our bodies and organs truly are.

Dr. Ryuichi Nishinakamura, who led the Kumamoto University study, is optimistic about cell-based artificial kidneys. “We are now working very hard to generate a fully functional human kidney,” he said. “We hope to use our developments to screen drugs for various diseases, and for transplantation in the long run.”