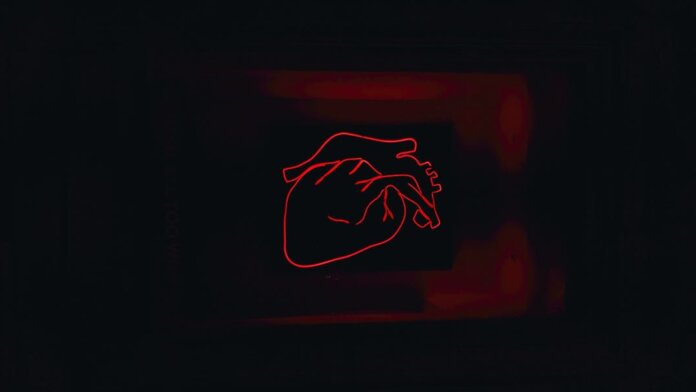 Jan 7, 2022 marked a medical breakthrough. For the first time ever, surgeons transplanted a genetically modified pig heart into a living human. Two weeks later, David Bennett is doing well, with the heart pumping away and sustaining his life.

The surgery brings xenotransplantation—transplanting organs between species—from a wild science fiction dream to reality. It’s a milestone that paves the road for more people to receive animal organs, making up for donor organ shortages and potentially saving hundreds of thousands of lives. For now, it’s just a single case. The technology is still fraught with technical and ethical conundrums. But by carefully monitoring Bennett, scientists are hopeful they can access a trove of unprecedented data to aid future xenotransplants.

Make no mistake: whether you’d call this opening a Pandora’s box or a medical miracle, xenotransplants are taking off after decades of turmoil. Bennett is far from a one-off. Big players in the field are aiming for clinically controlled trials and have readily begun building clinic-grade facilities to raise pigs that meet the FDA’s strict demands.

Here’s how the team pulled it off.

Xenotransplantation has had quite the ride. First dreamed up in the 1960s, the idea languished for decades due to its sheer complexity. For one, there’s no chance of an animal organ “matching” a human recipient, as transplants usually require. This generates a severe immune storm, destroying the organ and also damaging the host.

Another concern is animal viruses, which donor pigs can tolerate but wreak havoc on human cells. Some of these are tough to get rid of. Take PERVs—porcine endogenous retroviruses—which are embedded inside pigs’ DNA and need to be accurately snipped out with gene editing. For years, scientists worked out genetic changes that would transform a pig heart into one more amenable to a human chest. The problem? There was no way to make these changes.

Enter CRISPR. Due to the gene editor’s precision, xenotransplant enthusiasts finally have a tool to test out those theories. The field took off. In 2015 eGenesis, a life-science company, announced it had edited 62 segments of the pig genome responsible for immune rejection and infections. Genetically engineered pig hearts were soon transplanted into baboons, allowing them to survive for more than six months.

Yet the billion-dollar question remained: will it work for humans? Because non-human primates have different immune systems than ours, they’re less-than-ideal models. In 2021, we got a first answer. A kidney grown in a heavily genetically edited pig was transplanted into two people who were legally dead without brain function. The kidneys functioned normally for more than 50 days while the recipients were on life support. A similar recent case resulted in promising—though mixed—results.

A leader in xenotransplants, Dr. Muhammad Mohiuddin has worked towards a successful pig-to-human transplant for years. The head surgeon at the University of Maryland Medical Center who pulled off David’s surgery, he had previously asked the FDA for approval for a clinical trial.

He was rejected. The agency was worried about the origin of the genetically edited pigs, requiring that they come from a clinic-grade facility.

Then Mohiuddin met Bennett. At 57 years old, Bennett had been on heart support for almost 2 months. With untreated high blood pressure and other health problems, he was ineligible for a human heart transplant. With his health rapidly declining, Bennett gave the go-ahead for the surgeon’s team to seek “compassionate use” authorization from the FDA for a pig heart transplant.

“It was either die or do this transplant. I want to live. I know it’s a shot in the dark, but it’s my last choice,” said Bennett.

The heart was provided by Revivicor, a company based in Virginia that has been engineering pig organs for roughly two decades. In several experiments for pig-to-baboon transplants, the organs survived up to nine months, until the animals passed away due to a lung infection unrelated to the transplant.

Overall, the heart had 10 hefty genetic edits. Three of them wiped out sugar molecules on the outside of cells that provoke an immune response. Six bolstered the chance of the human host accepting the heart—amping up an anti-inflammatory response, preventing blood vessel damage, and dampening any antibodies against the organ. Finally, the last edit limited the pig heart’s size. Although it generally matched the size of a human heart, the team wanted to prevent the pig organ from overgrowth inside Bennett’s chest once it was transplanted—something they previously noticed happened in baboons.

The next challenge was how to keep the heart healthy once it was removed from the pig. Heart failure occurs rapidly once deprived of blood and oxygen, and keeping the organs healthy and functional has been a major heartache (pun intended). Here, Mohiuddin tapped into a method developed in Sweden by Dr. Stig Steen at Lund University. Once removed, the heart is bathed in a bubbling, circulating bath chock-full of hormones, nutrients, and cocaine (yup, you read that right).

Then came the third part of the trifecta: immunosuppressants. Even with genetic edits, Bennett was kept on a hefty dose of a new antibody drug, dubbed anti-CD40, to dampen his immune system. Compared to previous generations the drug is like a “master switch” that shuts down antibody production, while also killing communication between different immune cells. This nixes the body’s ability to mount a coordinated attack against the new organ.

“The 10 [altered] genes help, but the anti-CD40 antibody, which had been my main focus throughout my career, I think is the game changer,” said Mohiuddin.

Bennett is doing well. Scientists don’t yet know how long the heart will survive, but they’re carefully monitoring the organ’s function and Bennett’s immune response. They’re also obsessively keeping him away from any source of infection.

But as the living pioneer of xenotransplants, Bennett has lots to offer. Experts agree that it’s a remarkable chance to tailor an organ for humans, rather than for baboons as in previous lab experiments. Because we have far more antibodies that may attack the pig organ than baboons do, it’s critical to nail those responses down.

Another unsolved question is how the pig heart will behave in a human. According to one estimate, a pig’s resting heart rate is roughly 90 beats per minute, which is on the high range of a healthy human heart.

The prospect of a future surge in xenotransplants is reigniting a bioethics firestorm. Is it ethical to grow pigs for what’s essentially replacement organ parts for humans (cue humans as batteries for robots, à la The Matrix)? Although they’re a popular food source, pigs are surprisingly intelligent creatures that, unlike human organ donors, have no say in the process. What if there are alternatives, like 3D printed organs?

For now, the technology remains highly experimental and risky. Failure, as seen in a previously tragic case, could lead to a tortuous death. And Bennett will be the first to experience the risk of porcine viruses, which the team is monitoring closely.

Another burning question is who should be allowed access, or placed at the top of a xenotransplant list? For example, people who need a kidney transplant can generally be put on dialysis as they wait for a human donor organ. It’s a grueling process. But does that justify the dangers of an animal transplant?

As Dr. Jeremy Chapman, a retired transplant surgeon at the University of Sydney, told Nature, a long wait by itself isn’t sufficient to justify approval. Bennett was granted the procedure and fully informed of the risks because it was his only chance for survival—should the same guideline apply to others down the road?

We won’t wait long for an answer. Revivicor still dominates the game. The company is readily working on a new clinic-grade facility according to FDA standards to increase pig production, with the aim of launching in 2023. Others are on its heels. eGenesis, for example, is tackling the PERV problem, genetically editing pigs that can’t pass on those viruses to their human recipients. Nzeno, based in New Zealand, is breeding pigs for kidney transplants.

While many questions remain, the surgery is a landmark. “This is truly a historic, monumental step forward,” said Dr. Bert W. O’Malley, president and CEO of the University of Maryland Medical Center.