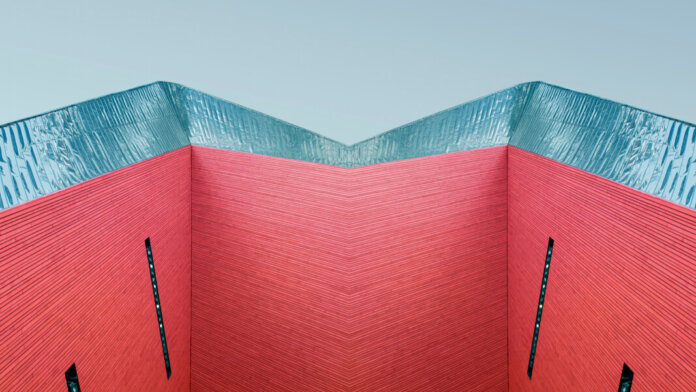 DeepMind Says Its New AI Coding Engine Is as Good as an Average Human Programmer
James Vincent | The Verge
“DeepMind has created an AI system named AlphaCode that it says ‘writes computer programs at a competitive level.’ The Alphabet subsidiary tested its system against coding challenges used in human competitions and found that its program achieved an ‘estimated rank’ placing it within the top 54 percent of human coders.”

The US Is Testing Robotic Patrol Dogs on Its Borders
James Vincent | The Verge
“In a detailed blog post, the DHS outlined how it’s tested the robot dogs for potential work on the border. The machines have been trialed for outdoor ‘sentry duty,’ autonomously patrolling pre-set GPS waypoints while carrying cameras and sensors; for inspections of train cars at railyards, walking around and under carriages; and exploring residential buildings, including ‘a scenario that simulated being met by potentially hostile individuals.'”

North Korea Hacked Him. So He Took Down Its Internet
Andy Greenberg | Wired
“But responsibility for North Korea’s ongoing internet outages doesn’t lie with US Cyber Command or any other state-sponsored hacking agency. In fact, it was the work of one American man in a T-shirt, pajama pants, and slippers, sitting in his living room night after night, watching Alien movies and eating spicy corn snacks—and periodically walking over to his home office to check on the progress of the programs he was running to disrupt the internet of an entire country.”

NASA Details Plan to Retire ISS in 2030 and Deliberately Crash It Into the Pacific Ocean
George Dvorsky | Gizmodo
“The writing’s been on the wall for some time now, but NASA made it official earlier this week, announcing that ISS operations will last until 2030 but no further. Upon retirement, the space station will perform a controlled re-entry and crash onto a remote part of the Pacific ocean known as Point Nemo. It’s all part of NASA’s plan to hand over space station responsibilities to the private sector and save a whole lotta cash in the process.”

The 4-Day Workweek Is Flawed. Workers Still Want It
Caitlin Harrington | Wired
“Four-day workweeks are having a moment, thanks to widely publicized trials launched in several countries in the past few months, alongside companies marking the switch with splashy announcements. WIRED spoke to 15 workers at six tech companies that have adopted a shortened week. Employees generally approved; some saw it as a mixed blessing, while others considered it ‘a godsend.'”

This Company Says It’s Developing a System That Can Recognize Your Face From Just Your DNA
Tate Ryan-Mosley | MIT Technology Review
“The science that would be needed to support such a system doesn’t yet exist, however, and experts say the product would exacerbate the ethical, privacy, and bias problems facial recognition technology already causes. More worryingly, it’s a signal of the industry’s ambitions for the future, where face detection becomes one facet of a broader effort to identify people by any available means—even inaccurate ones.”

How Facebook Is Morphing Into Meta
Sheera Frenkel, Mike Isaac and Ryan Mac | The New York Times
“Since then, Meta has pursued a sweeping transformation, current and former employees said. It has created thousands of new jobs in the labs that make hardware and software for the metaverse. Managers have urged employees who worked on social networking products to apply for those augmented reality and virtual reality roles. The company has poached metaverse engineers from rivals including Microsoft and Apple. And it has officially rebranded some products, like its Oculus virtual-reality headsets, with the Meta name.”

Big Tech Needs to Stop Trying to Make Their Metaverse Happen
Gian M. Volpicelli | Wired
“The ‘open Metaverse’ is the Promised Land, where tech monopolies would be brought to heel, everyone would be in charge of their data and digital assets, and users would be involved in setting the course of the network as a whole. It is a tentative, hypothetical project, but one thing about it is clear: Big Tech should not be in control. A Metaverse built by them would be no Metaverse at all.”