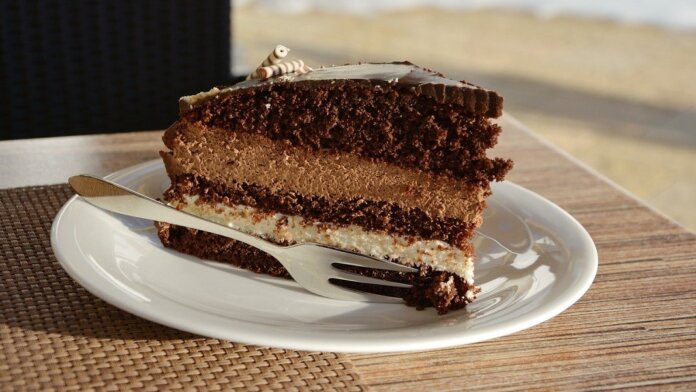 To some aging researchers, the secret to longevity is simple: eat less.

Decades of research have shown that moderately restricting calories, without any other intervention, increases healthy lifespan in flies, worms, and mice. Yet bring up caloric restriction, or “CR,” in humans at any longevity forum, and you’ll trigger a furious debate between die-hard proponents and passionate dissenters.

The reason why is also simple: we only have theories, but lack sufficient data in humans. It’s extremely tough to run a trial mandating people to consistently cut their calories in a controlled way. After all, few people want to consistently follow a strict diet. And if the trick works, it’s even harder to figure out why. But if we can get a glimpse into the biological underpinnings of caloric restriction, we might be able to artificially activate molecular “programs” that increase lifespan, while shutting down those that are detrimental to a healthy long life.

Translation: we can eat our cake and have longevity (and another slice of cake) too.

Enter CALERIE. The Comprehensive Assessment of Long-term Effects of Reducing Intake of Energy trial is the first controlled study of CR in the average Joe. Headed by scientists at Yale University and Pennington Biomedical Research, the trial found that cutting calories by a mere 14 percent for 2 years—about one less muffin per day—conferred multiple health benefits known to combat aging.

The fountain of youth seemed to stem from one protein at the junction between metabolism and immunity, which dropped precipitously after dieting.

Going a step further, the team deactivated the protein in mice. Without cutting calories, the rodents had less aging-associated inflammation and a more efficient thymus—an organ that makes immune cells—and metabolism compared to similarly-aged peers.

“CR has been a cornerstone of aging biology for decades,” said Drs. Timothy Rhoads and Rozalyn Anderson at the University of Wisconsin-Madison, who were not involved in the study. But, they continued, lifestyle recommendations aside, the key is to figure out why it works. By doing so, we can figure out what makes us vulnerable to aging—and what makes us stronger.

CALERIE is one hefty study, both in goals and scope. The overarching aim is to add solid data into the long-lasting debate: does caloric restriction slow signs of aging in humans?

Then comes mapping the triple dance between the “holy trinity” of caloric restriction, inflammation, and immunity—how do they tango to control longevity? Previous studies found that cutting calories in mice sometimes increased their chance of infection. But others found it reduced age-related inflammation to help preserve tissue function.

“Here we’re asking: what is calorie restriction doing to the immune and metabolic systems and if it is indeed beneficial, how can we harness the endogenous [inside the body] pathways that mimic its effects in humans?” said senior author Dr. Vishwa Deep Dixit.

The study took a notably different path than previous research on caloric restriction. Instead of starting with lab animals—flies, worms, and mice—the team went straight to 200 human volunteers. They first established baseline caloric intake in the participants over two weeks using a strict method that calculates how much energy they take in versus how much they expend. The participants were then tracked for six months with stringent lab tests of their body composition—muscle versus fat, for example. Baseline established, some participants cut their calories by roughly 14 percent for the next two years, while eating whatever they wanted.

Previous studies in rodents that cut their calories by nearly half resulted in better function of their thymus and immune T cells, as well as a drop in the molecules that promote inflammation. The team asked whether the same was possible in humans without a drastic—and unsustainable—drop in calories.

They said, in short, yes.

Using MRI, the team found that caloric restriction boosted the size of the thymus in people who cut calories. A little blob that sits between your lungs, the thymus is critical for immune function, acting as a cradle for powerful immune cells. With age, the thymus rapidly shrinks in size, in turn making the elderly more prone to infections.

By the time healthy adults age to 40, explained Dixit, roughly 70 percent of the thymus is already fatty and nonfunctional.

Caloric restriction didn’t just preserve thymus size; it also increased its function, with a much larger output of immune T cells. The control group, who didn’t restrict calories, didn’t get any thymus or immune benefits. “The fact that this organ can be rejuvenated is, in my view, stunning because there is very little evidence of this happening in humans,” said Dixit. “That this is even possible is very exciting.”

Thymus function aside, the dieters also had less fatty tires around their waists, better reactions to insulin, and healthier blood vessels and hearts.

Digging deeper, the team asked why cutting calories—something related to metabolism—has an impact on the immune system and healthy longevity. Work in rodents previously showed that fat cells are central actors in inflammation and immunity. Here, the researchers took samples of the participants’ fat cells and comprehensively programmed their gene expression to peek into activated biological pathways.

With the screen, they zoomed in on one gene, PLA2G7, that dramatically turned off with dieting. A mouthful of a name, the gene is something of a mystery, with its biological functions not well-known. With some serious sleuthing, the team found a tenuous role for the protein the gene produces: it might hook up with fatty molecules that drive inflammation. Kneecap the gene, and it may turn off inflammation but turn on longevity.

Testing their theory, the team deleted PLA2G7 in mice. Stunningly, cutting out this one gene dramatically reduced obesity in mice on a high-fat diet. Inflammatory molecules circulating in their blood drastically dropped, and the mice had a better overall immune profile. Equivalent to roughly 70 years old in human age, the elderly mice’s thymus blossomed into old age, with a far larger mass.

CALERIE is one of the first studies to show that cutting calories by just a bit in humans boosts functions that normally decline with aging. The trial, now in its second phase, isn’t perfect: we don’t yet know the long-term consequences of cutting calories, or what happens when people go back to their normal caloric intake. Because let’s face it: it’s extremely hard to keep a diet going for years on end.

But importantly, the study opened a new and unorthodox route into longevity research. By studying a potential treatment in people first and then testing the why in lab animals—rather than the other way around—we’ve now uncovered a new driver for the benefits of caloric restriction. And if as the study concludes, the key to combatting aging lies at the intersection between metabolism and the immune system in humans, more “similar studies can point us to potential targets that can improve immune function, reduce inflammation, and potentially even enhance healthy lifespan,” said Dixit. Perhaps without having to actually diet.

Now how about that second slice of cake?