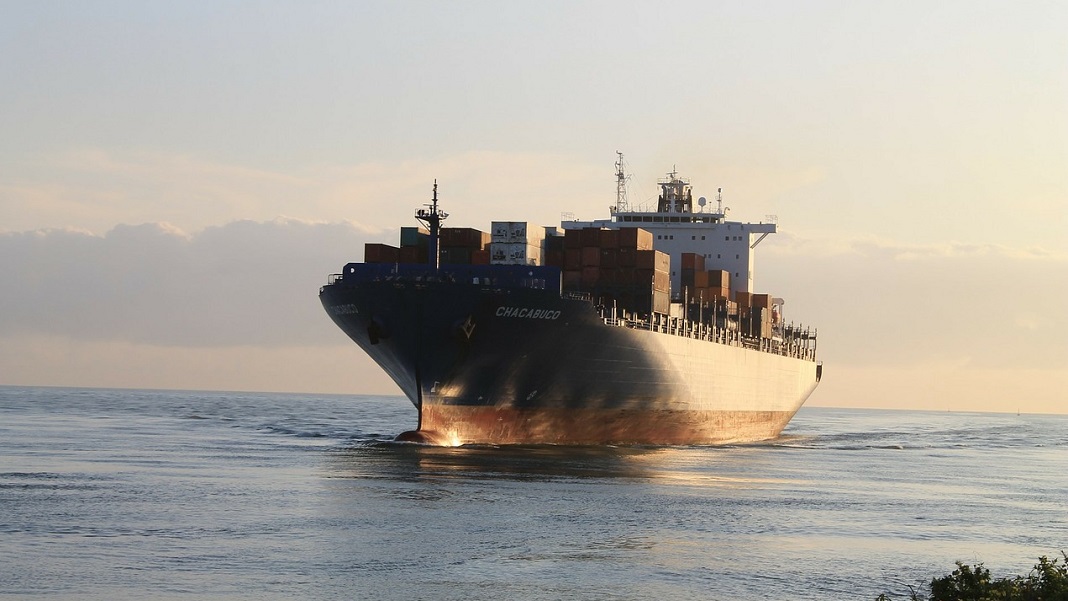 The Covid-19 pandemic brought into sharp focus how unavoidably global the world economy has become. Production freezes on one side of the globe wreaked havoc on the other, and supply chains haven’t yet recovered. Some countries are looking to bring production of crucial goods back onto domestic soil, but that doesn’t mean the movement of products across international borders will stop, nor even slow.

The UN’s International Maritime Organization estimates that over 90 percent of this movement takes place on ships; maritime transport, it says, is “by far the most cost-effective way to move en masse goods and raw materials around the world.” Ships may be cheaper than planes (or, if one startup has its way, autonomous cargo drones), but they’re far slower.

They also produce a lot of pollution. The fuel ships use contains more sulfur than that used in cars, meaning fewer ships do a lot more environmental damage. A Japanese public-interest group called the Nippon Foundation has set out to remedy this; the group is backing Japan’s development of autonomous ships, aiming for these to make up half of the country’s local fleet by 2040.

On top of the environmental concerns, Japan has an added motivation for this push towards automation—its aging population and concurrent low birth rates mean its workforce is rapidly shrinking, and the implications for the country’s economy aren’t good.

Thus it behooves the Japanese to automate as many job functions as they can (and the rest of the world likely won’t be far behind, though they won’t have quite the same impetus). According to the Nippon Foundation, more than half of Japanese ship crew members are over the age of 50.

In partnership with Misui OSK Lines Ltd., the foundation recently completed two tests of autonomous ships. The first was a 313-foot container ship called the Mikage, which sailed 161 nautical miles from Tsuruga Port, north of Kyoto, to Sakai Port near Osaka. Upon reaching its destination port the ship was even able to steer itself into its designated bay, with drones dropping its mooring line.

The Mikage wasn’t purpose-built to be autonomous; the seven-year-old ship was retrofitted with a system of sensors, cameras, and satellite navigation. It followed a carefully-planned route while a control center on land monitored relevant wind, current, and weather data, as well as details on nearby ships and potential obstacles.

Similar to how it’s easier for self-driving cars to operate autonomously on highways than in unpredictable urban settings, the Mikage didn’t have too hard of a time navigating itself through open waters. The ship’s biggest challenge was getting itself in and out of ports; for this, its navigation software calculated and visually displayed the distances and angles between the pier and the ship’s hull.

The foundation tested a second crewless ship this month. The Suzaku, which was built in 2019 and recently retrofitted to be autonomous, sailed from Tokyo Bay to Ise Bay.

Japan isn’t the first nation to start testing autonomous ships (though it is the only one with the ambitious goal of 50 percent autonomy); in 2018 Norway started trials of a small electric container ship called the Yara Birkeland, which is now undergoing additional testing before it can be certified for commercial operations. In 2018 Rolls Royce announced a partnership with Intel to build autonomous ships, launching a system called Intelligent Awareness that helps ships navigate without human help.

Now that multiple companies and countries are developing autonomous shipping technology, the next step is to get the ball rolling on regulations for the seafaring vessels, as they won’t be able to leave coastal waters until there’s an internationally agreed-upon set of rules for their operation.