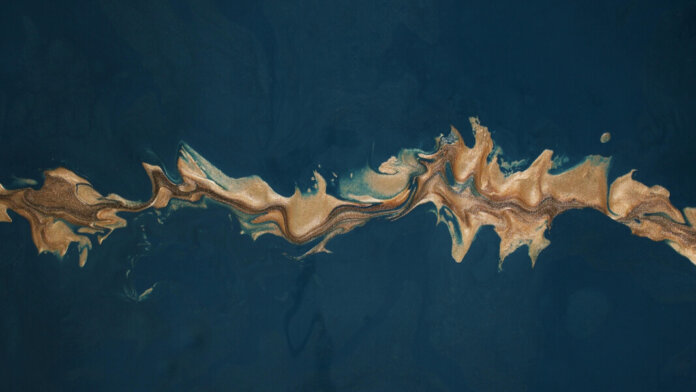 Graphcore Unveils Next-Generation AI Chips and Plans for Powerful Supercomputer
Kyle Wiggers | VentureBeat
“Called the Good Supercomputer in honor of Jack Good, the first person to describe a machine that could exceed the capacity of the human brain, Graphcore says that the supercomputer—if created—would deliver over 10 exaflops of AI floating point compute and up to 4 petabytes of memory with a bandwidth of over 10 petabytes per second. …Graphcore believes that the Good Supercomputer could support AI models in sizes exceeding 500 trillion parameters, or about 25 times the size of GPT-3.”

High Above Ukraine, Satellites Get Embroiled in the War
Morgan Meaker | Wired
“In the sky above Ukraine right now are around 50 working satellites, estimates Todd Humphreys, a professor at the University of Texas. Those satellites have become a key part of Ukraine’s efforts to fend off a Russian invasion. …But the reliance on commercial satellites in Ukraine is raising concerns about the power they give to the companies that control them, and also the risk of satellite companies being dragged into the conflict.”

Why We Built a Neuromorphic Robot to Play Foosball
Gregory Cohen | IEEE Spectrum
“Robots need to operate in a real world full of noise, irregularities, and evolving environments. The rigid rules and constrained environment of Go will never provide such challenges. Real-world games, certainly foosball and possibly pinball, might be a better measure of whether our efforts to match the might of the human brain are really on track.”

Why Ethereum Is Switching to Proof of Stake and How It Will Work
Amy Castor | MIT Technology Review
“Sometime in the first half of 2022, in a dramatic event termed ‘The Merge,’ Ethereum plans to transition its entire network to a different consensus mechanism: proof of stake, which it promises will use 99% less energy, allow the network to scale, and potentially help it reach 100,000 transactions per second.”

Hacktivists Stoke Pandemonium Amid Russia’s War in Ukraine
Lily Hay Newman | Wired
“Protests against Russia’s war of choice with Ukraine have been held around the world, including in 48 Russian cities. The global community has raised millions of dollars for Ukraine through cryptocurrency donations, and private companies from Shell and BP to Apple have temporarily or permanently pulled out of the Russian market. Amidst the havoc, hacktivists are joining the cacophony in an attempt to make a statement and advance their cause.”

‘Drug Factory’ Beads Implanted in Mice Take Out Tumors Within a Week
Nick Lavars | New Atlas
“Among the many challenges in treating tumors is the difficulty in getting anti-cancer drugs to the right locations, and in the right amounts. A new type of implant developed at Rice University tackles both these issues, carrying the cellular machinery needed to produce and deliver continuous doses of anti-cancer compounds, and doing so with such potency that they took out 100 percent of ovarian tumors in mice in the space of a week.”

Scientists Watch a Memory Form in a Living Brain
Yasemin Saplakoglu | Quanta
“In a new study published in January in the Proceedings of the National Academy of Sciences, a team at the University of Southern California was able to visualize memories forming in the brains of laboratory fish, imaging them under the microscope as they bloomed in beautiful fluorescent greens. From earlier work, they had expected the brain to encode the memory by slightly tweaking its neural architecture. Instead, the researchers were surprised to find a major overhaul in the connections.”

Volvo Will Test Wireless EV Charging in Sweden for 3 Years
Andrew Krok | CNET
“Momentum Dynamics will supply the charging stations, which will be integrated into Gothenburg’s Green City Zone, which is treated as a test bed of sorts for burgeoning clean-vehicle technology. The chargers can provide up to 40 kilowatts of juice, which is pretty close to the 50-kW DC fast chargers many EV owners are used to.”

‘Netwar’ Could Be Even Worse Than Cyberwar
Ian Bogost | The Atlantic
“For Arquilla and Ronfeldt, netwar is a social and commercial phenomenon. It involves conflicts waged via networked modes of communication, and is closest to what people call ‘disinformation’ today. When one group attempts to disrupt the knowledge another group has about its own members and social context, by means of messages transmitted via networked communication technologies, that’s netwar.”

Twitter Wants to Reinvent Itself, by Merging the Old With the New
Kate Conger | The New York Times
“[Twitter] is funding an independent effort to build a so-called open protocol for social media. It is also weaving cryptocurrency into its app, and opening up to developers who want to build custom features for Twitter. …Twitter executives now believe that decentralizing the social media service will radically shift online power, moving it into the hands of users, and pose a fundamental challenge to the walled gardens of companies like Facebook.”