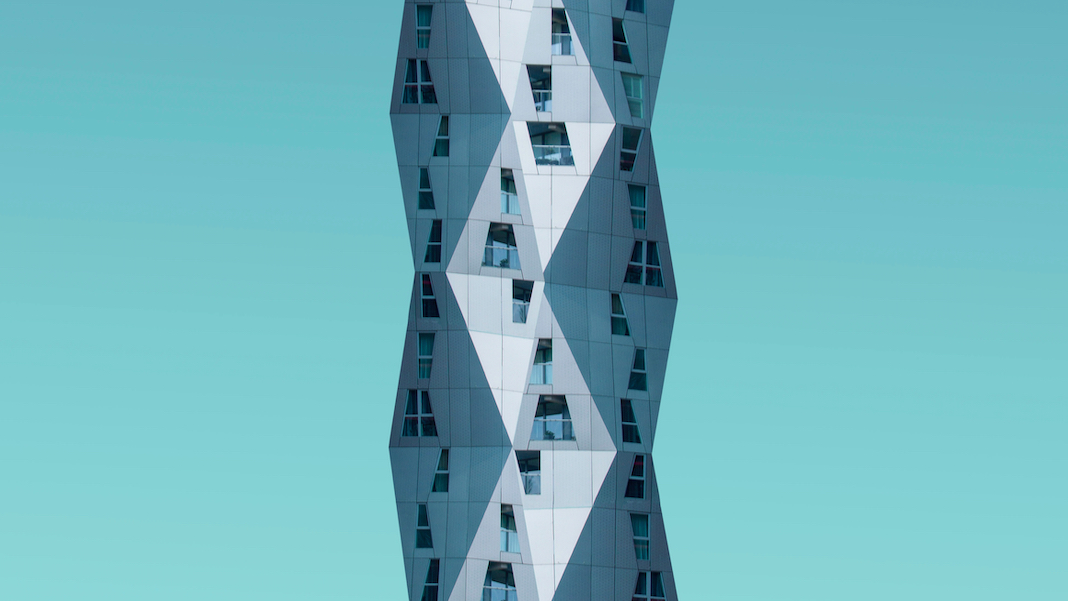 This Startup Wants to Kick-Start a Molecular Electronics Revival
Karmela Padavic-Callaghan | MIT Technology Review
“The new vision, shared by Roswell and other on-chip molecular technology makers, is of biosensors that would enable people to check in on biomarkers like vitamin levels or evidence of an infection with only a little more hassle than it now takes to check their heart rate on a smartwatch. In Roswell’s case, thousands of biosensors could detect different molecular interactions simultaneously, and the chips would be disposable.”

The Drone Operators Who Halted Russian Convoy Headed for Kyiv
Julian Borger | The Guardian
“One week into its invasion of Ukraine, Russia massed a 40-mile mechanized column in order to mount an overwhelming attack on Kyiv from the north. But the convoy of armored vehicles and supply trucks ground to a halt within days, and the offensive failed, in significant part because of a series of night ambushes carried out by a team of 30 Ukrainian special forces and drone operators on quad bikes, according to a Ukrainian commander.”

Boston Dynamics’ ‘Stretch’ Robot Hits Production, and It’s Already Sold Out
Ron Amadeo | Ars Technica
“Stretch is available for purchase, but the price isn’t public so you’ll have to call the Boston Dynamics sales team. Whatever it costs, Stretch is apparently already a hit. The company’s press release says that ‘Stretch has been in pilot testing with a select group of customers over the last several months. All units scheduled for 2022 delivery have already sold out thanks to strong demand from those early customers.’i”

FedEx Will Test Autonomous Cargo Flights Next Year
K. Holt | Engadget
“The company has teamed up with Elroy Air, which is developing a vertical take-off and landing (VTOL) cargo drone, to transport packages between sorting centers via autonomous flights. Elroy Air unveiled the Chaparral C1 drone in January. The company claims the hybrid-electric system has a range of up to 300 miles and can carry a load of up to 500 pounds in its cargo pod (so FedEx would need a lot of them if it wants to eventually replace planes). The drone has 12 electric motors and 12 propellers.”

Bitcoin Nears Full Supply With 19 Million Coin Milestone
Brady Dale | Axios
“Bitcoin hit a milestone today that gets the world ever closer to the moment when the final new bitcoin will enter the world—the supply of coins broke 19 million. …Bitcoin is hard-coded so that it has both a predictable emission schedule and a hard cap of 21 million bitcoin. …The 18 millionth bitcoin was mined in 2019, but the 21 millionth won’t be mined until roughly 2140, provided the network sticks to the plan. That’s because every four years the emission schedule drops in half.”

This Prepper Is Building a Post-Apocalyptic Internet
Matthew Gault | Motherboard
“i‘We don’t just need one big network, built as an overlay on the Internet, we need a multitude of networks, and we need to connect them in a myriad of ways. We need thousands of networks without kill-switches and control mechanisms, and we need to bind them together, both over the Internet, around it and outside of it,’ [Mark Qvist] said. ‘We need a Hypernet that is constantly morphing and evolving, reconnecting, healing and developing itself. …The internet is great, but we need a lot more than just one of them.’i”

The Future of Digital Cash Is Not on the Blockchain
Gilad Edelman | Wired
“The only kind of money that leaves no paper trail is paper. A bill introduced in Congress on Monday seeks to re-create the virtues of cash, privacy and all, in digital form. The ECASH Act would direct the US government to experiment with issuing digital dollars that are stored on hardware, not in bank accounts, and can be used without an internet connection.”

The 11 Commandments of Hugging Robots
Evan Ackerman | IEEE Spectrum
“i‘Hugging HuggieBot 3.0 is (in my humble and unbiased opinion) really enjoyable,’ author Alexis E. Block tells IEEE Spectrum. ‘We are not trying to fool anyone by saying that it feels like hugging a person, because it does not. You’re hugging a robot, but that doesn’t mean that it can’t be enjoyable.’ …The researchers tested out HuggieBot 3.0 with actual human volunteers who seemed perfectly okay being partially crushed by an experimental hugging robot. Some of them couldn’t seem to get enough, in fact.”

Looking Through Mojo Vision’s Newest AR Contact Lens
Tekla S. Perry | IEEE Spectrum
“This isn’t the first time I’ve seen the Mojo lens in person. But since that last demo in 2020, the engineering team has moved from wireless power to batteries on board, increased the resolution of the display from 8,000 pixels per inch to 14,000, thinned commercial motion sensors and developed its own radio and power management, and created several apps.”

Quantum Computing Has a Hype Problem
Sankar Das Sarma | MIT Technology Review
“It took the aviation industry more than 60 years to go from the Wright brothers to jumbo jets carrying hundreds of passengers thousands of miles. The immediate question is where quantum computing development, as it stands today, should be placed on that timeline. Is it with the Wright brothers in 1903? The first jet planes around 1940? Or maybe we’re still way back in the early 16th century, with Leonardo da Vinci’s flying machine? I do not know. Neither does anybody else.”

Chatbots Could One Day Replace Search Engines. Here’s Why That’s a Terrible Idea.
Will Douglas Heaven | MIT Technology Review
“The vision of a know-it-all AI that dishes out relevant and accurate information in easy-to-understand bite-size chunks is shaping the way tech companies are approaching the future of search. And with the rise of voice assistants like Siri and Alexa, language models are becoming a go-to technology for finding stuff out in general. But critics are starting to push back, arguing that the approach is wrong-headed.”