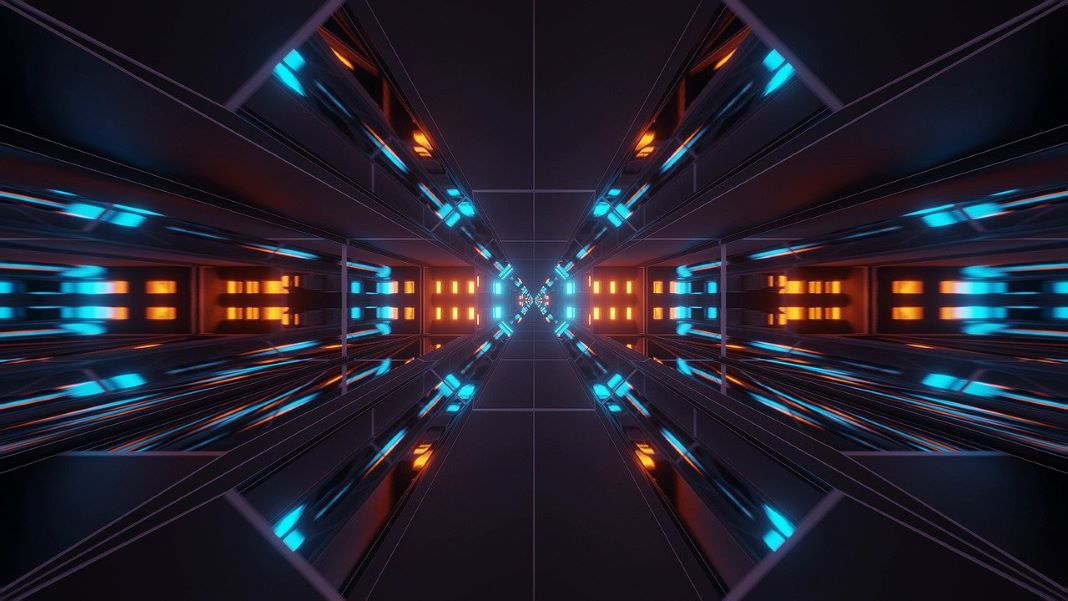 OpenAI’s DALL-E 2 Produces Fantastical Images of Most Anything You Can Imagine
Andrew Tarantola | Engadget
“DALL-E 2, which utilizes OpenAI’s CLIP image recognition system, builds on those image generation capabilities. Users can now select and edit specific areas of existing images, add or remove elements along with their shadows, mash-up two images into a single collage, and generate variations of an existing image. What’s more, the output images are 1024px squares, up from the 256px avatars the original version generated. OpenAI’s CLIP was designed to look at a given image and summarize its contents in a way humans can understand. The consortium reversed that process, building an image from its summary, in its work with the new system.”

NASA Sets New Date for First Launchpad Test of Its Mega Moon Rocket
Trevor Mogg | Digital Trends
“If all goes to plan and no more technical issues appear, NASA will be able to prepare for the first launch of the SLS rocket and Orion spacecraft, hopefully in the next couple of months. The uncrewed Artemis I mission will send Orion on a fly-by of the moon in a comprehensive test of its spaceflight systems. Artemis II will fly the same route but with a crew on board, while the highly anticipated Artemis III mission, currently slated for no earlier than 2024, will put the first woman and first person of color on the lunar surface.”.”

As Russia Plots Its Next Move, an AI Listens to the Chatter
Will Knight | Wired
“As the soldiers spoke, an AI was listening. Their words were automatically captured, transcribed, translated, and analyzed using several artificial intelligence algorithms developed by Primer, a US company that provides AI services for intelligence analysts. While it isn’t clear whether Ukrainian troops also intercepted the communication, the use of AI systems to surveil Russia’s army at scale shows the growing importance of sophisticated open source intelligence in military conflicts. A number of unsecured Russian transmissions have been posted online, translated, and analyzed on social media. Other sources of data, including smartphone video clips and social media posts, have similarly been scrutinized. But it’s the use of natural language processing technology to analyze Russian military communications that is especially novel.”

Elon Musk Is on Twitter’s Board. What Could Go Wrong?
Chris Stokel-Walker | Wired
“Musk’s hot and cold relationship with Twitter sheds little light on why he has bought into the company and joined its board, though theories abound. Musk did not respond to a request for comment. One hint could be found in his recent Twitter posts. The entrepreneur has long been an open book on the social network, saying in 2018 that ‘my tweets are literally what I’m thinking at the moment, not carefully crafted corporate bs, which is really just banal propaganda.’ And recent tweets have been directed at the platform’s future direction. Since buying his stake in the company, Musk has polled his followers about whether Twitter should open source its algorithm for scrutiny and whether the platform adheres to the principle of free speech.”

This Japanese Robot’s Newest Skill: Peeling a Banana
University of Tokyo via Reuters | NBC News
“While the dual-armed machine is only successful 57 percent of the time, banana peeling points to a future where machines undertake more subtle operations than moving metal parts or delivering coffee. Video from researchers at the University of Tokyo showed the robot pick up and peel a banana with both hands in about three minutes. Researchers Heecheol Kim, Yoshiyuki Ohmura and Yasuo Kuniyoshi trained the robot using a “deep imitation learning” process where they demonstrated the banana-peeling action hundreds of times to produce sufficient data for the robot to learn the actions and replicate it.”

Nvidia’s Next GPU Shows That Transformers Are Transforming AI
Samuel K. Moore | IEEE Spectrum
“The transformer engine’s secret sauce is its ability to dynamically choose what precision is needed for each layer in the neural network at each step in training a neural network. The least-precise units, the 8-bit floating point, can speed through their computations, but then produce 16-bit or 32-bit sums for the next layer if that’s the precision needed there. Hopper goes a step further, though. The 8-bit floating point units can do their matrix math with either of two forms of 8-bit numbers.”

Tesla Officially Opens Texas Gigafactory
Will Douglas Heaven | MIT Technology Review
“It is the company’s fourth factory in the US, following the vehicle factory in Fremont, California, battery factory in Sparks, Nevada, and solar factory in Buffalo, New York. Tesla also has a vehicle factory outside Shanghai, China, and recently opened its first European factory near Berlin, Germany. Tesla spent an estimated $5 million purchasing the land outside Austin, plus another $1.1 billion to build the plant. ‘We need a place where we can be really big, and there’s no place like Texas,’ Musk said. ‘We are going to move to a truly massive scale.’”