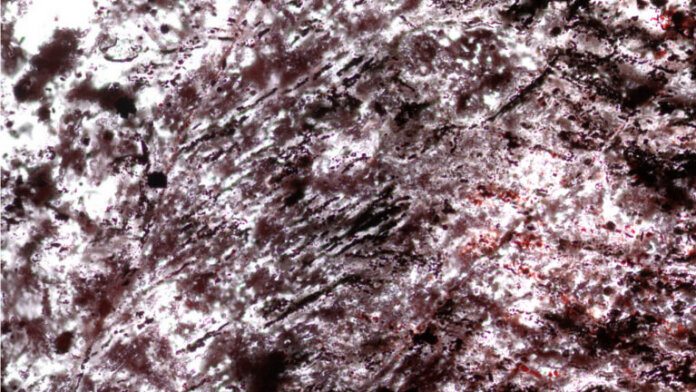 On an outcrop of exposed volcanic and sedimentary rock on the eastern shores of Hudson Bay in northern Quebec, researchers have unearthed what may be the earliest fossilized life forms ever discovered. These microbial ancestors lived between 3.75 and 4.28 billion years ago, only 300 million years after the Earth formed—a blink of an eye in geologic timescales. If life developed this rapidly on Earth, it suggests that abiogenesis—the process by which non-living matter becomes a living organism—is potentially “easy” to achieve, and life in the universe may be more common than we thought.

The evidence for these early lifeforms comes from the Nuvvuagittuq Supracrustal Belt (NSB), a rocky outcrop that was once deep under the ocean close to a system of hydrothermal vents. The NSB has since risen to the surface, after millions of years of geologic change and tectonic activity. In 2017, researchers discovered tiny filaments in the NSB which appeared to have been made by bacteria, but the evidence was inconclusive. They could not rule out chemical processes that might create similar patterns in the rock.

Since then, the team has been examining samples from the NSB more carefully and, this month, published a new paper in Science Advances strengthening the case for life. Not only did they find more examples of the filaments, spheres, and tubes like those initially described in 2017, but they also found a larger, more complex structure, “tree-like” in shape with parallel branches, that is unlikely to have a chemical explanation.

Not only does the new research suggest a biological origin for the fossils, it also suggests early diversity, with life forms obtaining energy from different sources. Mineralized chemical by-products in the rock suggest that microbes in the NSB lived off iron, sulfur, and maybe carbon dioxide and light—a form of photosynthesis without oxygen.

“Using many different lines of evidence, our study strongly suggests a number of different types of bacteria existed on Earth between 3.75 and 4.28 billion years ago,” said lead author Dominic Papineau of University College London in a press release. “This means life could have begun as little as 300 million years after Earth formed. In geological terms, this is quick—about one spin of the sun around the galaxy.”

To rule out geological and chemical explanations for the fossils, the team put the samples through various tests.

Viewing paper-thin slices of rock under microscopes, they determined the filaments are better preserved in fine quartz, which is less susceptible to metamorphic change than rough quartz. This suggests the filaments were not created through metamorphism (the heating and squeezing of rock). Similarly, they looked at the levels of rare earth elements in the NSB and compared them to similarly-aged rock formations elsewhere in the world to more accurately date the site and confirm the fossils were indeed as old as they appeared.

They also found that, by comparison, the filaments and branching structures observed in the sample were equivalent to more recent fossils and bacteria living around hydrothermal vents near Hawaii and in the Arctic and Indian oceans.

From their analysis, the team concluded living organisms are the most likely explanation for the filaments in the NSB—but there’s always room for uncertainty. The possibility remains the “fossils” formed through non-living processes.

The researchers are confident that even if they are abiotic, they still “could indicate complex prebiotic forms on early Earth.”

Previous to this study, the oldest fossils ever found, from a rock formation in Western Australia, were claimed to be 3.46 billion years. (Though some scientists also disputed the find, suggesting non-biological origins.)

The discovery could have substantial implications for the search for life elsewhere in the solar system. It means that in the right conditions, life can form very fast, and could be anywhere. The paper concludes that if “only a few hundred million years are needed for life to evolve to an organized level on a primordial habitable planet…such microbial ecosystems could exist on other planetary surfaces where liquid water interacted with volcanic rocks, and…extraterrestrial life may be more widespread than previously thought.”

This article was republished with edits from Universe Today under a Creative Commons Attribution 4.0 International license. Read the original article.

Image Credit: These branching and parallel filaments of red haematite discovered in Québec may be the oldest microfossils on Earth. D. Papineau 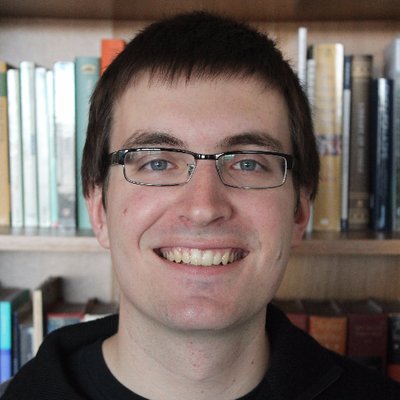 Scott Alan Johnston
Scott Alan Johnston is a historian and science writer from Ontario, Canada. He is the author of "The Clocks are Telling Lies: Science, Society, and the Construction of Time," which tells the story of the early days of global timekeeping, when 19th-century astronomers and engineers struggled to decide how best to organize time in a newly interconnected world. Scott has a PhD in history from McMaster University.
RELATED