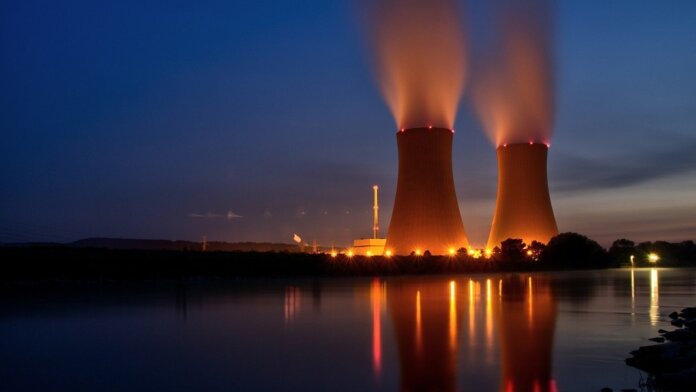 For the last several decades, nuclear power has been viewed by many in the US and abroad as an energy source that’s too risky, not “green” enough, or otherwise undesirable. But with climate change alarm bells clanging and countries around the world looking to cease imports of Russian oil and gas, nuclear’s starting not to look so bad. This week the Biden administration launched a six-billion-dollar bailout initiative (or stimulus, depending how you look at it) to keep existing nuclear plants in the US up and running.

As of February, about 19 percent of total electricity generated in the US came from nuclear energy. That’s nearly equivalent to the sum of all renewable sources—including wind, solar, hydro, and geothermal—which account for 20 percent of the total.

Broken down a bit more, there are 55 commercially operating nuclear plants with 93 reactors located across 28 different states. The problem (well, one of several) is that most of these reactors are 30+ years old, meaning they’ve become more expensive to run due to system maintenance, waste accumulation, parts replacements, and other such issues. Simultaneously, the price of natural gas dropped as fracking technology improved, giving nuclear reactors some tough competition for providing baseload power to utilities.

Since 2013, a dozen reactors ceased operations before their operating permits expired, which the US Department of Energy (DOE) said caused “a rise in emissions in those regions, poorer air quality, [and] the loss of thousands of high-paying jobs.”

21 reactors are currently in the process of being decommissioned, and many others would have started that process if not for state-level bailouts. The federal bailout comes at a time when public opinion around nuclear energy is slowly shifting, due in part to the climate crisis and in part to Russia being shut out as an energy supplier.

The funding for ailing nuclear facilities was part of Biden’s 2021 Infrastructure Investment and Jobs Act. On Tuesday the DOE published guidance for operators of reactors that are slated for decommissioning on how to apply for funding to keep operating. Right now, credits are restricted to plants scheduled to shut down before September 2026—criteria that only applies to one reactor in Michigan and two in California (which the state’s utility says will still shut down as planned, despite the rolling blackouts that took place in the region in 2020 and 2021).

This is likely just the beginning of a battle that will run for years, if not decades. The DOE has long been investigating extending the lifespan of existing reactors, as to have any hope of meeting climate targets, we’re going to need them. In an excellent Wall Street Journal piece from February, Katherine Blunt pointed out that within the midcontinent grid that stretches from Louisiana to Manitoba, Canada, coal and gas power plants supplying more than 13 gigawatts of electricity are set to shut down by 2024, and only 8 gigawatts of replacement power supplies are under development.

Five gigawatts is an enormous shortfall. To give you an idea of how many solar panels you’d need to generate that much electricity, consider Mammoth Solar Farm, currently being built in northwest Indiana: it will occupy an area equal to 1,000 football stadiums (stadiums, not fields) and will have a generating capacity of 1.65 gigawatts—and that’s intermittent supply, not consistent baseload power.

“US nuclear power plants contribute more than half of our carbon-free electricity, and President Biden is committed to keeping these plants active to reach our clean energy goals,” Energy Secretary Jennifer Granholm said in a statement. “We’re using every tool available to get this country powered by clean energy by 2035, and that includes prioritizing our existing nuclear fleet to allow for continued emissions-free electricity generation and economic stability for the communities leading this important work.”