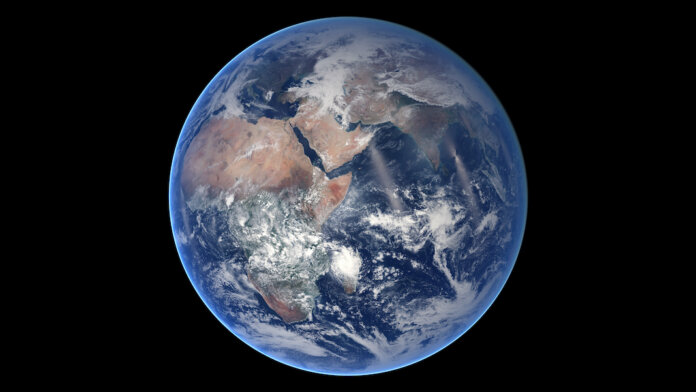 NVIDIA’s Next GPUs Will Be Designed Partially by AI
Monica J. White | Digital Trends
“As the company chooses to prioritize AI and machine learning (ML), some of these advancements will already find their way into the upcoming next-gen Ada Lovelace GPUs. …[NVIDIA’s chief scientist Bill] Dally discussed four major sections of GPU design, as well as the ways in which using AI and ML can drastically speed up GPU performance. The goal is an increase in both speed and efficiency, and Dally [explained]…how using AI and ML can lower a standard GPU design task from three hours to just three seconds.”

For mRNA, Covid Vaccines Are Just the Beginning
Amit Katwala | Wired
“i‘We always wanted it to be that everybody could use it,’ says Karikó, from a hotel room in Tokyo, where she’s quarantining before a meeting with the Emperor of Japan—a sign of the global impact mRNA has already had. But we’ve only scratched the surface. If the logistical and technical hurdles can be overcome, and the technology can be distributed evenly, mRNA has the potential to transform every strand of medicine. ‘In the next 10 years, you will see unbelievable progress,’ she says.”

A New Vision of Artificial Intelligence for the People
Karen Hao | MIT Technology Review
“ln a remote rural town in New Zealand, an Indigenous couple is challenging what AI could be and who it should serve. …Now, as many in Silicon Valley contend with the consequences of AI development today, Jones and Mahelona’s approach could point the way to a new generation of artificial intelligence—one that does not treat marginalized people as mere data subjects but reestablishes them as co-creators of a shared future.”

Watch This Solar Eclipse Captured From Mars
Trevor Mogg | Digital Trends
“NASA has shared remarkable footage of a solar eclipse captured by its Perseverance rover from the surface of Mars. The video (shown in real-time below) was taken by Perseverance’s Mastcam-Z camera earlier this month and shows Phobos, Mars’ potato-shaped moon, passing across the face of the sun.”

Over 30 Million US Adults Will Own Cryptocurrency by Year’s End, Forecast Predicts
Julian Dossett | CNET
“By the end of 2022 nearly 34 million US adults will own cryptocurrency, according to a forecast on the cryptocurrency industry released Wednesday by Insider Intelligence. The forecast also says 3.6 million Americans will use cryptocurrency as a form of payment this year, and the number of US adults who own and pay with cryptocurrency will grow by double digits in 2023.”

It’s Okay to Opt Out of the Crypto Revolution
Rebecca Ackermann | MIT Technology Review
“There is no clear picture of exactly how crypto will change the future of finance or the web, and little that can actually be done with cryptocurrencies should you buy some. Nevertheless, the crypto industry has ballooned into a shape too big to ignore. You may be able to block out the litany of paid messaging, but we all will likely feel the effects of crypto’s impact on society, whether we choose to engage or not.”

This Architect Wants to Suspend Buildings in Midair. It’s Not as Impossible as It Sounds
Nate Berg | Fast Company
“Named Oversky, the project proposes a series of semifloating structures that could fill in this unused aerial space. Based on the same technology that allows zeppelins to float, these modular structures would combine into an occupiable cluster of rooms in the sky, connected to adjacent buildings or other fixed structures to enable access.”

Scientists Say They’ve Created Crispier Chocolate Using 3D Printers
Andrew Liszewski | Gizmodo
“Researchers from the University of Amsterdam realized that the metamaterials approach could be used to further enhance the texture and experience of biting into high-quality chocolate. This happens via creating even more snaps and fractures through a structure that is more complex than what’s created by simply pouring melted chocolate into moulds.”

A Newly Measured Particle Could Break Known Physics
Charlie Wood | Wired
“If the W’s excess heft relative to the standard theoretical prediction can be independently confirmed, the finding would imply the existence of undiscovered particles or forces and would bring about the first major rewriting of the laws of quantum physics in half a century. ‘This would be a complete change in how we see the world,’ potentially even rivaling the 2012 discovery of the Higgs boson in significance, said Sven Heinemeyer, a physicist at the Institute for Theoretical Physics in Madrid who is not part of CDF.”