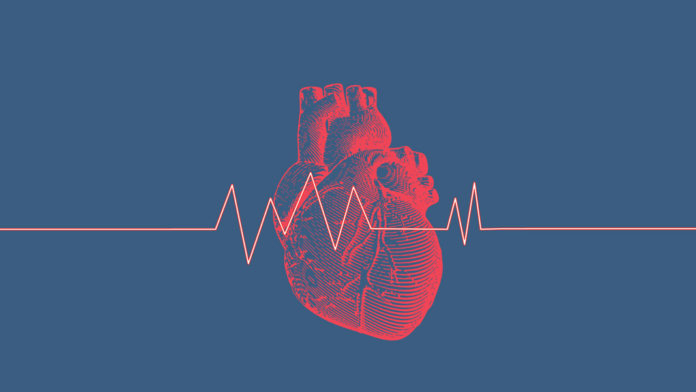 In a few months, a daring clinical trial may fundamentally lower heart attack risk in the most vulnerable people. If all goes well, it will just take one shot.

It’s no ordinary shot. The trial, led by Verve Therapeutics, a biotechnology company based in Massachusetts, will be one of the first to test genetic base editors directly inside the human body. A variant of the gene editing tool CRISPR-Cas9, base editors soared to stardom when first introduced for their efficiency at replacing single genetic letters without breaking delicate DNA strands. Because it’s safer than the classic version of CRISPR, the new tool ignited hope that it could be used for treating genetic diseases.

Verve’s CEO, Dr. Sekar Kathiresan, took note. A cardiologist at Harvard University, Kathiresan wondered if base editing could help solve one of the main killers of our time: heart attacks. It seemed the perfect test case. We know one major cause of heart attacks—high cholesterol levels, particularly a version called LDL-C (Low-density lipoprotein cholesterol). We also know several major genes that control its level. And—most importantly—we know the DNA letter swap that can, in theory, drastically lower LDL-C and in turn throttle the risk of heart attacks.

There’s just one problem: we don’t know how base editors will behave inside a living human body.

LDL-C is like a fatty piece of chewing gum with a smattering of protein mixed in. It normally swirls in the blood, and is eventually pulled inside cells in bubble-like “ships” and eaten up in an acid-filled compartment (yeah, cell biology is awesomely weird). Voilá—the bloodstream has less fatty gunk.

For this to happen, LDL-C needs to dock onto the cell. The docking point is aptly named LDLR, with “R” for receptor. Like an efficient shipping yard, the cell controls how many docks are available depending on the level of the LDL-C. If there isn’t enough cholesterol, the cell directs a “handler,” PCSK9, to destroy the docks.

But PCSK9 can get overzealous at times. Without a sufficient number of docks, LDL-C has nothing to grab onto and accumulates inside the bloodstream. Eventually it tacks onto blood vessel walls and builds up a nasty crust, narrowing the blood’s supply infrastructure and increasing risk of a heart attack or stroke. The whole process gets thrown into high gear in familial hypercholesterolemia (HeFH), where DNA letter changes in PCSK9 ramp it up, in turn skyrocketing cholesterol—often to a life-threatening level.

PCSK9 has been in scientists’ crosshairs for decades. Statins are a popular choice, but they only target the symptom—high cholesterol—without tackling the underlying genetic issue. Several drugs, such as antibodies that inhibit its actions, were approved by the FDA in 2015. Another option to shut down gene expression is small interfering RNA, which went to market in 2021. Yet both treatments require frequent injections—some at the doctor’s office—making them a lifelong struggle. They’re also not designed for the greater population of people with heart attack risk.

Instead of a lifetime investment, is there a way to go for one shot and done for heart disease?

In 2021, Kathiresan made a radical move: forget transient therapies—let’s target the source.

Tapping into CRISPR base editors, his team built on previous work in mice and showed that a single injection of a base editor, dubbed ABE8.8, can reduce both PCSK9 and LDL cholesterol levels in healthy macaque monkeys.

The therapy is a work of art. It contains two easily and cheaply synthesized components: an mRNA that makes the base editor inside the body, and a guide RNA (gRNA) to direct the base editor to the correct DNA spot. The components were then encased inside a lipid nanoparticle—essentially, a fatty bubble—and injected into monkeys’ bloodstreams.

Unlike classic CRISPR treatments, which usually require a virus to hitchhike on, lipid nanoparticles are far safer in that they don’t carry the risk of integrating into the genome. They’re also readily taken up by the liver. As a major source of cholesterol metabolism, the liver is the perfect candidate for testing the gene editor and the delivery mechanism.

With just one infusion, the therapy had 63 percent frequency at editing the PCSK9 gene. After two weeks, the monkeys cholesterol levels fell by more than half. It’s not just a blip, but an obviation: after eight months, the monkeys had just 10 percent of their former PCSK9 levels and consistently low cholesterol. Biopsies and blood tests also showed that the monkeys experienced few side effects.

The gene editor was also shockingly specific. In one screen, only one DNA site popped up for off-target editing. However, the site may be monkey-specific, and was never flagged as a problem in tests with human liver cells.

It’s an exciting example of “the tremendous therapeutic potential of CRISPR base editing,” said Dr. Eva van Rooij at the Hubrecht Institute in the Netherlands, who was not involved in the study, at the time. “Of course, concerns regarding off-target mutations, immunogenicity, and organ targeting must be addressed. Even so, with the rapid progress in CRISPR-based systems, it seems just a matter of time before the advantages of precise genome editing outweigh the disadvantages in moving to clinical translation.”

Directly editing genes inside the human body to prevent heart attacks may seem extreme. But the team has a reason for pursuing a one-and-done strategy.

The main type of liver cells have a relatively long life. This means “a one-time administration of gene editing components to permanently inhibit PCSK9 function in the liver could therefore be effective for decades, improving quality of life and reducing healthcare costs,” said van Rooij.

Verve isn’t the only company eyeing a paradigm shift for heart disease. Another study at the same time, led by Dr. Gerald Schwank at the University of Zurich, took a similar CRISPR base editing approach and found a 26 percent reduction in PCSK9 levels a month later, which increased in efficacy after a second dose. One more study targeting PCSK9 took a different route with antisense oligonucleotides (ASO), a string of DNA letters that block a gene. Here, the treatment was ingested orally rather than injected, with rates of shutting off PCSK9.

For Verve, much is riding on the clinical trial, set to take place in New Zealand in mid-2022. If successful, it’ll be the first foray of using base editors directly inside the body, and a potentially permanent solution for managing heart attacks. To start, the trial will only recruit people with HeFH, the genetic disorder that causes extremely high levels of cholesterol. The first phase is mainly focused on safety, though improvements—if any—may also show up after analysis. Verve expects initial results around 2023. Meanwhile, the company is also asking the UK and US for the clinical trial green light.

The company has a struggle ahead. Though it was deemed safe in preclinical trials in mice and monkeys, the human immune system may still attack the delivery vehicle. The treatment may also face reluctance from patients as it directly edits the genome. Long-term treatment and side effects remain unknown. And finally, the cost of the treatment—estimated at $50,000 to $200,000—would make it unattainable for some. Statins, for example, can be as low as $29 a month, but do require long-term treatment.

Verve is already eyeing the future. “We will first focus on adults with life-threatening atherosclerotic cardiovascular disease (ASCVD) and will then expand to broader patient populations with disease,” they said.

Meanwhile, legal and reimbursement gears need to swing into action. To Drs. Coen Paulusma and Piter Bosma at the University of Amsterdam, who previously commented on the monkey studies, “To make these life-changing therapies available to patients in the near future is a task for regulators, health insurance companies, and governments. In view of the pace of these exciting technical developments, it will be challenging for them all to keep up.”