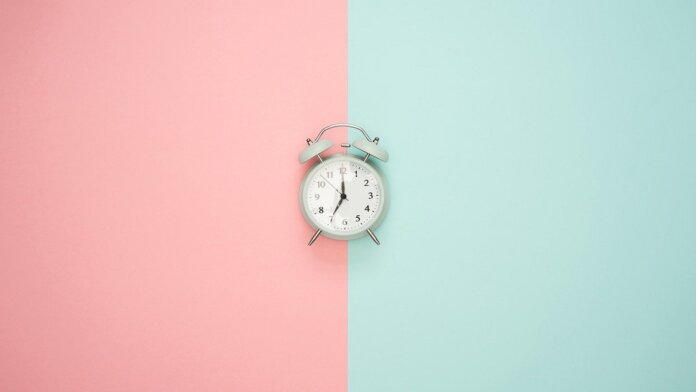 How old are you, really?

It seems like a simple question. It’s based on when you’re born. Yet we all know people who seem much younger than their chronological age. They have radiant skin and hair. They seem sharper than their age would suggest. They’re highly active with astonishing energy.

Why? Studies have repeatedly shown that cells, tissues, and people have a “biological age” that may or may not correspond to how old they are in terms of birthdays. Longevity scientists have taken note. As they look into what makes us age, one main metric pops up: a biological aging clock—a measure that reflects your body’s age irrespective of your years on Earth.

One of the most popular aging clocks dives deep into our cells. As we age, our genomes add on chunks of chemicals that alter their gene expression. These markers, dubbed epigenetic modifications, normally just tack on and off like Velcro. But with age, certain bits of the genome add far more chunks, which essentially work to shut the genes off.

In other words, our cells have an epigenetic age (EpiAge). But what, if anything, does the clock mean for longevity?

Dr. Steve Horvath had his eye on extending lifespan ever since he was a teenager. A biomathematician, he set his eyes on using computation modeling and AI to “understand how to extend life.”

But to find the key, he needed a focus. Horvath’s idea stemmed from epigenetics—a powerful way our bodies control DNA expression without altering the DNA strands themselves. Epigenetics is an extremely fluid dance, with multiple chemical components latching onto or falling off of DNA strands. The epigenetic dance changes with age, though some changes seem consistent across time. This led Horvath to ask: can we use these epigenetic markers to gauge a cell’s age?

Apparently, the answer is yes. After gathering and analyzing over 13,000 human samples, Horvath found an impressive measuring tape for aging. The key was a type of epigenetic modification called methylation, which tends to rest on DNA spots dubbed CpG islands. (We all need a summer break!)

His team developed an algorithm for biological age—a cellular biological clock—that impressed longevity researchers with its accuracy throughout the body. Rather than a one-off, EpiAge seems to work for multiple organs and tissues, potentially shining light on how aging happens.

“I wanted to develop a method that would work in many or most tissues. It was a very risky project,” Horvath said at the time.

The clock’s median error was a measly 3.6 years, meaning that it could gauge a person’s age within 43 months. Even more impressive, the clock used a simple statistical model, which looked at a certain type of epigenetic modification—DNA methylation—at just two target sites on DNA. All it took was a saliva sample. With more work, Horvath found even more patterns that reflected the age of certain types of cells, such as neurons and blood cells. The test was “amazingly good,” said Kevin Bryant at Zymo Research, a biotechnology company in Irvine, California at the time.

EpiAge also began looking under the veil. “The discrepancy between epigenetic age as estimated by these clocks, and chronological age is referred to as EpiAge acceleration,” the authors said. “Epidemiological studies have linked EpiAge acceleration to a wide variety of pathologies, health states, lifestyle, mental state, and environmental factors, indicating that epigenetic clocks tap into critical biological processes that are involved in aging.”

Yet one glaring question remained: what exactly is the EpiAge clock measuring?

The Hallmarks of Aging

If you’re having trouble linking epigenetic modifications to aging, I feel ya. How and why do what are essentially “fridge magnets” for the genome change anything?

Let me introduce you to the wheel of aging.

Zooming in on our genes, the genome becomes more unstable—meaning that there’s more chances for mutations. Telomeres, the protective cap on the genes, waste away. Proteins start behaving wonkily, sometimes forming into clumps that clog up the cell’s waste disposal system, potentially leading to Alzheimer’s and other neurodegenerative disorders. The cell’s energy factory, the mitochondria, sputters and malfunctions. Cells can no longer sense nutrients floating around. Even worse, some cells give up completely and turn into senescent “zombie cells”—they don’t die, but don’t perform normal functions, instead spewing out toxic immune chemicals.

The thing is, we don’t know why these different types of aging behaviors happen. And when measuring age, we don’t know how aging clocks correspond to these hallmarks. It’s partly why there are multiple aging clocks. EpiAge is one. Another is (not kidding) Skin & blood, which “predicts lifespan and relates to many age-related conditions.”

In a new study, published in Nature Aging, Horvath and Dr. Ken Raj at Altos Labs took a first step at linking the epigenetic clock to the hallmarks of aging. Using donated human cells from 14 healthy people—grown inside containers in the lab—the team split the cells into four groups. One was zapped with radiation, another tweaked to become cancerous, and a third that turned into “zombie” senescent cells. The fourth group was left alone without any treatment.

These treatments reflect major hallmarks of aging, the authors explained. Radiation in small doses, for example, destabilizes the genome that mimics aging, and the cells became senescent is just two weeks. Cancer-like cells also aged heavily in just a few days. Yet surprisingly, the cells didn’t age according to EpiAge, even when tested in other cells. “These results, obtained through investigation using different primary human and mouse cells and multiple radiation doses and regimens, demonstrate that epigenetic aging…is not affected by genomic instability induced by radiation-induced DNA breaks,” the authors said.

In other words, what EpiAge measures—changes to a cell’s CpG epigenome—doesn’t necessarily predict a cell’s “zombie” senescence status. Similarly, the clock didn’t seem to match up with telomere problems or general genome stability.

What did match up? Energy. Breaking it down, EpiAge is associated with a cell’s ability to sense nutrients—a key signal that tells it to grow, reproduce, or shrivel. Another associate is mitochondria activity, which generates power for the cell. Finally, EpiAge also seems to reflect the amount of stem cells in the samples, which changes starting early.

“The observation that aging begins so early in life is possible because age can now be measured based on the biology of the cell instead of the passing of time,” the authors said. For aging clocks, “this measurement allows interrogation of the link between age and longevity.”

While aging clocks are increasingly becoming mainstream, the question is what exactly each measures. “The excitement following the development of epigenetic clocks has been tinged with uncertainty as to the meaning of their measurements.”

In other words, we’ve started peeking into what unites the multiple veins of aging. “The absence of a connection between the other aging hallmarks and epigenetic aging suggests that aging is a consequence of multiparallel mechanisms,” the authors said. Some may be because of epigenetic changes; others simply due to wear and tear. Bring on the aging multiverse of madness.