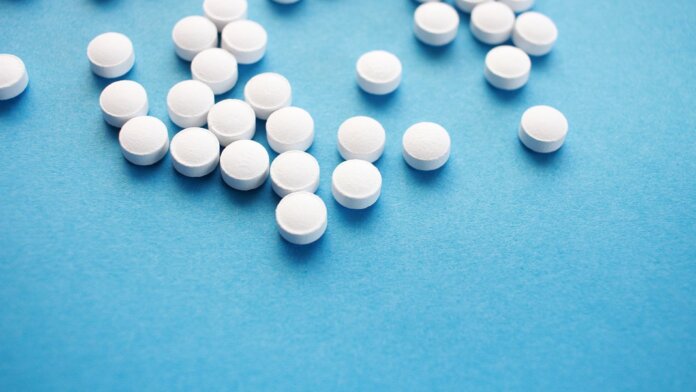 The cause of Alzheimer’s was supposedly simple. Mangled proteins aggregate into tangles and clumps. These clumps overwhelm neurons. Neurons lose their function and eventually die, leading to cognitive troubles that are the hallmark of Alzheimer’s disease.

But this central dogma is only a fraction of the story.

This month, two studies broadened the scope, taking a slightly different approach to understanding the mind-wasting disorder. One study, led by Dr. Melanie Meyer-Luehmann at the University of Freiburg in Germany, surprisingly found that a long-thought ally in the battle against amyloid protein clumps—microglia cells—may instead promote the toxic protein’s spread across unaffected brain regions. In mice, microglia “seeded” amyloid plaques into healthy donor cells, spreading the clumps like wildfire into previously unaffected regions.

Another study ditched the amyloid hypothesis altogether. Scouring a database of FDA-approved treatments, Dr. Yadong Huang’s team at Gladstone Institutes stumbled onto a decades-old drug that reverses Alzheimer’s symptoms in mice and human cells in petri dishes. By mining health data from people over 65 who regularly take the medication, the team found that this population was up to 75 percent less likely to be diagnosed with Alzheimer’s.

The twist? The drug, bumetanide, is a strong “water pill” that dehydrates the body—something that seemingly has nothing to do with amyloid plaques. Yet in genetically engineered mice prone to Alzheimer’s, the drug shrank the size of the plaques and improved brain function.

“There are many cellular and molecular changes in Alzheimer’s disease patients besides plaques, but we usually don’t talk about them,” said Huang to STAT News.

For now, the studies are only in mice or human cells. Neither dispute the central dogma that amyloid proteins are a culprit. But they also join the recent renaissance of taking a broader view of Alzheimer’s.

It’s about time. Since the early 90s, drug development for Alzheimer’s has often been dubbed the “graveyard of dreams,” in which initially promising drugs in animal models crash and burn when tested in patients.

Alzheimer’s doesn’t have a cure. But we do have a hint of what it does to the brain.

By studying mice genetically engineered to have Alzheimer’s, scientists have found amyloid protein clumps that increasingly accumulate outside cells. A similar process happens inside neurons with a different protein, tau. Together, they overwhelm a neuron’s waste disposal system. Like overfilled garbage cans that start reeking in the height of summer, these protein clumps create a toxic environment that eventually leads to malfunctioning neurons.

But that simple story gets weird. For one, amyloid protein clumps tend to spread like viruses. In many cases, they follow a rough, but similar, trajectory as they infect different brain regions, as if navigating with a cellular Google Maps direction. For another, treatments aimed simply at reducing the amount of amyloid clumps have mostly failed. One exception? Biogen’s Aduhelm, which was approved by the FDA this summer and cleared the clumps, but with marginal impact on patients’ cognition.

Clearly, something is missing.

Like other parts of our body, the brain has a prominent immune system. Top of the line are microglia cells, which usually lie dormant but activate when they sense an invader—may it be bacteria, viruses, or tangled protein clumps.

Once activated, these cells—with a hefty body and shrunken branches all across the body like a morning star—link up into a barrier. Like a wired fence, the barrier limits amyloid plaques from spreading across the brain as microglia gulp them up.

“These cellular defense processes have crowned microglia as perhaps the most important cell type” in controlling amyloid proteins, said Yun Chen and Dr. Marco Colonna at Washington University School of Medicine in St Louis, who were not involved in the study.

Yet as the new study from Meyer-Luehmann shows, they have a dark side. Here, the team transplanted healthy embryonic neural cells into the brains of young mice that were genetically engineered to be more susceptible to Alzheimer’s. Just a month after transplant, the newly grafted healthy tissue began showing signs of amyloid plaques. These deposits increased over time.

But why? Digging deeper, the team found that the culprit was microglia. These cells are hungry; they’ll happily chew up and burp up whatever’s toxic in the environment to protect the brain. That is, until—like after a massive thanksgiving dinner—they’re overwhelmed. Without fully “digesting” the amyloid food, the cells can travel to other brain regions to “seed” the toxic proteins.

For now, the authors don’t yet understand what triggers microglia to spread amyloid across the brain like a viral carrier. Part of it could be due to trauma caused by the transplantation, which provides a mysterious secondary signal that activates the cell’s dark side.

What’s clear is that contrary to popular belief, microglia aren’t solely protectors. Instead, they act as double agents. IRF8 seems to be key: genetically deleting the protein dampened the spread of amyloid seeds, while keeping microglia’s ability to engulf existing clumps.

“[The authors] have exposed an enigmatic side of microglia,” said Chen and Colonna.

For now, it’s still anyone’s guess how much the brain’s defense system double crosses us in Alzheimer’s as the disease progresses. But, said the authors, if we can understand why they’re two-faced—one that battles against amyloid plaques, versus one that helps them along—we could bolster their plaque-eating powers while keeping their dark side at bay.

In another study, Huang and colleagues took a big data approach, side-stepping the amyloid story—although not overturning it—while searching for other potential genetic disruptions in Alzheimer’s. One of the largest risk factors for Alzheimer’s is a gene called APOE4. Carriers of two copies of the gene have 10 times the risk of getting the disorder than the average Joe, and one gene therapy trial is looking for a genetic fix.

Huang’s team decided to neutralize APOE4 with medication. Their special sauce is drug repurposing: searching through existing FDA-approved drugs to see if they can help Alzheimer’s in any way, even when those drugs weren’t originally created for the disease.

They first examined how APOE4 changes a cell’s gene expression patterns, and then compared those to people who don’t carry the mutation. Tapping into a data bank of over 1,300 drugs, they next identified candidates to restore genetic patterns back to their normal, healthy state.

The result? Bumetanide, a powerful water pill approved by the FDA back in the 1980s. When given to aging mice—about 60 years old in human age—genetically engineered to have two copies of APOE4, the drug increased performance on memory and cognitive tests. In another experiment, the drug also improved Alzheimer’s symptoms, including fewer amyloid clumps, in mice with two genetic predispositions to the disorder.

While bumetanide has been used off-label for epilepsy and other brain disorders, it’s a new (and slightly bizarre) option for Alzheimer’s. It clears amyloid plaques in mouse models, suggesting however it works to do so—scientists don’t yet know—taps into the amyloid hypothesis, just in a completely unexpected way.

Together, the two studies showcase different yet converging approaches. One starts with biological theories to parse the brain’s reaction to Alzheimer’s, looking to cells other than neurons that could lead to new treatments. The other works with drugs we already have—using computational screens—to find candidates previously ignored, while generating new hypotheses to test in the lab.

For now, these results are in mice, not men, and many drugs have failed to bridge the gap. But what’s increasingly clear is that Alzheimer’s is a multi-headed beast.

“These results suggest that in order to treat Alzheimer’s we should probably not target only one or two but multiple genes and multiple pathways involved in the disease,” said Huang.