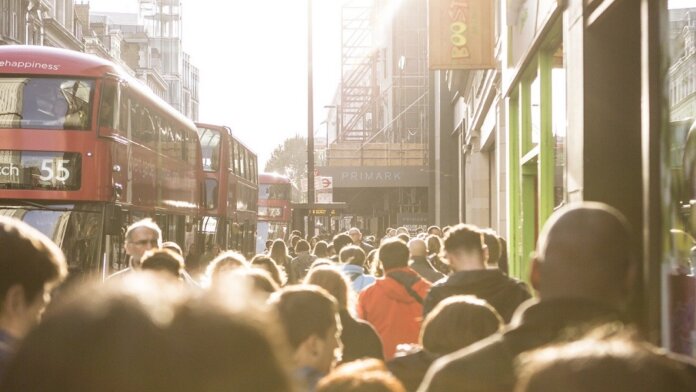 Just under a year ago, a think tank called Autonomy released a report on what was at the time the world’s biggest four-day work week trial. It took place in Iceland and involved more than one percent of the country’s total working population with over 2,500 participants. They reported decreases in stress, increases in energy levels, improved focus, more independence and control over their pace of work, and less conflict between their work and home lives. Managers reported boosts in employee morale, with productivity levels maintained if not improved.

Now a similar but even bigger trial is kicking off in the UK. With over 3,300 employees from 70 different companies taking part, it’s the most expansive such pilot to take place anywhere in the world so far. All types of companies are involved, from large corporations to small neighborhood pubs.

Participants will get 100 percent of their pay while working 80 percent of their typical schedule and aiming to maintain 100 percent productivity. The trial is being run by 4 Day Week Global, a nonprofit coalition of business leaders, community strategists, designers, and advocacy thought leaders invested in the transition to reduced working hours. In a somewhat creepy video the organization posted recently on Twitter, they point out that “the week” and “the weekend” are concepts we created, and they don’t have to keep looking the same way they always have.

In this short film directed by the award-winning @IanPonsJewell and voiced by @stephenfry, we can all consider this question.

Autonomy think tank is also involved, as are researchers from Cambridge University, Oxford University, and Boston College will work with the companies participating to measure the impact the experiment has on employee productivity and well-being. “We’ll be analyzing how employees respond to having an extra day off, in terms of stress and burnout, job and life satisfaction, health, sleep, energy use, travel, and many other aspects of life,” said Juliet Schor, a sociology professor at Boston College and the lead researcher on the pilot.

Covid-19 turned many of our pre-existing work norms on their head. After learning they could be equally as productive at home as they were at the office, if not more so, millions of workers are now adopting hybrid work schedules. This likely would have happened eventually, but the proliferation of remote work would’ve taken many more years if not for the pandemic.

“As we emerge from the pandemic, more and more companies are recognizing that the new frontier for competition is quality of life, and that reduced-hour, output-focused working is the vehicle to give them a competitive edge,” said Joe O’Connor, 4 Day Week Global’s CEO.

Similarly, the increase in four-day work week experiments going on all over the world is at least partly attributable to the new ways of working the pandemic imposed on us, and the reconsideration of work-life balance they prompted. Besides Iceland, Spain, Scotland, Japan, and New Zealand have all looked into or trialed a reduced work week.

If we’re being honest, few to none of us work for eight hours straight on any given day, much less five days a week (though there are, of course, people who work much more than this). We wander around the office (or more recently, our homes), watch videos or search for things we want to buy online, or just stare mindlessly into space for a while.

We tend to adapt the work we have to the amount of time we have to do it; ever notice how, when you have just one simple task to complete, it somehow ends up taking hours, if not the entire day? Yet when you have a long to-do list and no time to waste, you’re able to get it all done in the same eight-hour window, going into a sort of hyper-productivity mode.

With the same amount of work to do but less time to do it in, most people will simply find ways to waste less time. So why not kick that hyper-productivity mode into action four days a week, then take the fifth day off?

After the success of its four-day week pilot, organizations in Iceland have made some big adjustments: 86 percent of the country’s working population has now either moved to a shorter work week, or been given the option to negotiate one.

It’s worth noting, though, that broadly implementing a four-day week will be more complicated in countries with bigger populations or more pronounced income inequality than Iceland has. The country’s total population is around 343,000, and it’s one of the most equitable societies in the world. The UK, meanwhile, has almost 68.5 million people, and while inequality isn’t as bad as in the US, it’s far outranked by Iceland.

The UK pilot started this week and will run for six months.