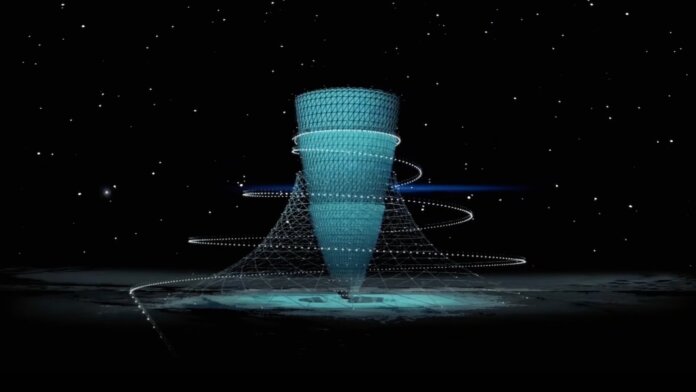 The list of challenges space explorers will face is formidable. They’ll have to produce breathable air, clean water, and food in extremely hostile environments lacking all of the above. They’ll also have to peacefully coexist with small groups of fellow explorers in tight quarters for long periods of time, all while minimizing exposure to the searing radiation that’s ubiquitous virtually anywhere they go.

Assuming explorers overcome these challenges, there’s another that doesn’t get the love it deserves, according to researchers at Japan’s Kyoto University.

Long-term settlement of Earth orbit, the moon, Mars, and beyond requires explorers forsake Earth’s gravity—the steady downward force every Earthly animal has evolved to navigate over billions of years. Studies of astronauts spending weeks or months in microgravity have shown atrophied muscles, bone loss, vision loss, and changes to immune systems. There have, of course, been no studies of humans living on planetary bodies with low-gravity, but it’s likely adult explorers would contend with health issues—and how all this might affect childbirth and normal development in kids is unknown.

Assuming some kind of artificial gravity would lessen these risks considerably, Kyoto University partnered with construction company, Kajima Corp, to explore futuristic concepts that might one day offer tourists and settlers a healthy dose of good ol’ Earth gravity.

Their far-future vision? A towering sci-fi space cone, called the Glass, that would stand 1,312 feet (400 meters) tall and 656 feet (200 meters) across. This habitat would spin around its axis once every 20 seconds so that people living on its inner walls would enjoy Earth gravity—alongside trees, grass, and a lake that would do MC Escher proud. The plans call for spinning habitats on the moon and Mars, where gravity is notably less than on Earth.

In addition to the habitat itself, the three-part proposal, outlined in a press release and video last week, also sketched out a system for transportation between Earth, Mars, and the moon called Hexatrack, which would include standardized vehicles for travel between habitats on the surface of the planet or moon and base stations in orbit.

Obviously, all this is more of a beautiful concept to solve a real problem than anything remotely practical today.

The sheer size of the endeavor—akin to building the Empire State Building upside-down on the moon or Mars, spinning it like a top, and then layering water, soil, and other internal structures through its interior—would demand huge amounts of resources and technical know-how. And without exceptional design, living in such an environment, where the ground visibly curves at your feet and the tug of local gravity is at odds with the structure’s artificial gravity, could be pretty disorienting. The team envisions our migration to the moon and Mars won’t hit its stride until the latter half of this century, but even that timeframe for work on this scale seems optimistic.

For now, the idea is more at home among other futuristic space concepts. Though focused on off-planet living, for example, the vision for O’Neill cylinders, proposed in the mid-70s, came complete with spin-based gravity, lakes, farmland, and even artificial sunshine. At the moment, though, we’re much closer to realizing small, private space bubbles in orbit, like those designed by Axiom Space, than we are to off-Earth megastructures such as these.

Still, as going to space on reusable rockets gets cheaper, and alternative methods of shooting stuff into orbit—like this space catapult—emerge, we may hone our abilities to both build structures and also find, mine, and exploit resources out there. There’s an abundance of raw materials for sustaining our presence in space. Eventually, we may begin engineering ever bigger structures in orbit and elsewhere, and wild concepts mooted today, could look a bit more realistic.

Regardless, there’s little question that bringing some extra gravity with us would help the cause. Maybe someone will build spinning conical towers on the moon—or maybe there’ll be a better, more practical alternative by then.

In either case, it’s fun to dream.