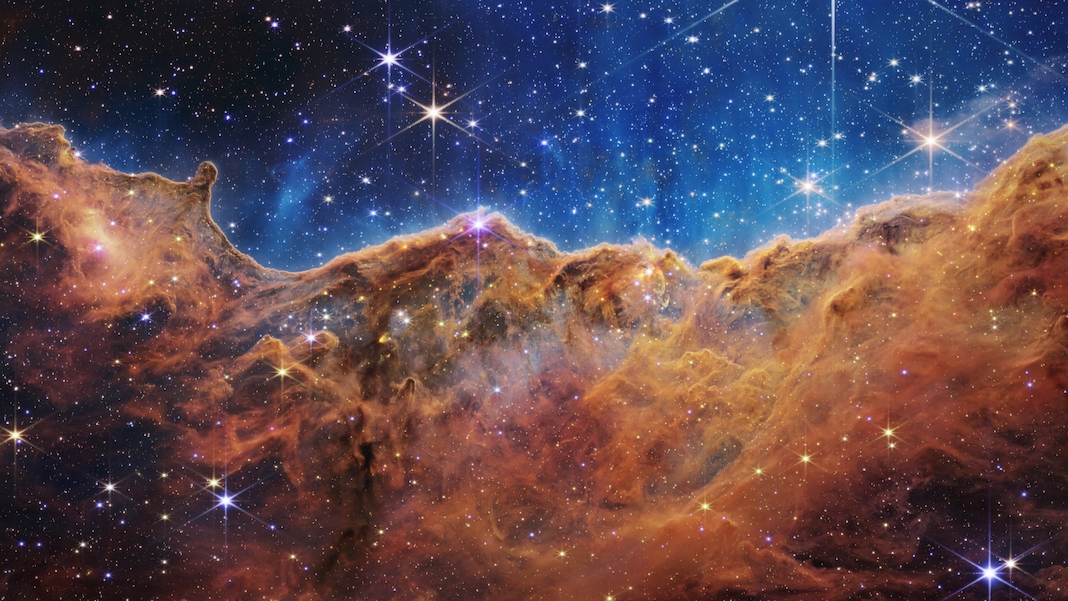 Meet Plato, an AI That Gains Intuition Like a Human Baby
Monisha Ravisetti | CNET
“In collaboration with AI research laboratory DeepMind in the UK, this team developed an artificial intelligence system that learned ‘intuitive physics,’ that is, commonsense understanding of how our universe’s mechanics work, just like a human baby. ‘Current artificial intelligence systems pale in their understanding of intuitive physics, in comparison to even very young children,’ the study authors wrote in their paper. ‘Here we address this gap between humans and machines by drawing on the field of developmental psychology.’i”

150,000 Qubits Printed on a Chip
Charles Q. Choi | IEEE Spectrum
“Quantum computers can theoretically solve problems no classical computer ever could—even given billions of years—but only if they possess many components known as qubits. Now scientists have fabricated more than 150,000 silicon-based qubits on a chip that they may be able to link together with light, to help form powerful quantum computers connected by a quantum internet.”

Editing Cholesterol Genes Could Stop the Biggest Killer on Earth
Antonio Regalado | MIT Technology Review
“A volunteer in New Zealand has become the first person to undergo DNA editing in order to lower their blood cholesterol, a step that may foreshadow wide use of the technology to prevent heart attacks. … ‘Of all the different genome editing ongoing on the clinic, this one could have the most profound impact because of the number of people who could benefit,’ says Eric Topol, a cardiologist and researcher at Scripps Research.”

Inside a Radical New Project to Democratize AI
Melissa Heikkilä | MIT Technology Review
“A group of over 1,000 AI researchers has created a multilingual large language model bigger than GPT-3—and they’re giving it out for free. …The researchers hope developing an open-access LLM that performs as well as other leading models will lead to long-lasting changes in the culture of AI development and help democratize access to cutting-edge AI technology for researchers around the world.”

Advanced EV Batteries Move From Labs to Mass Production
Jack Ewing | The New York Times
“For years, scientists in laboratories from Silicon Valley to Boston have been searching for an elusive potion of chemicals, minerals and metals that would allow electric vehicles to recharge in minutes and travel hundreds of miles between charges, all for a much lower cost than batteries available now. [Now a few of those scientists and their companies] are building factories to produce next-generation battery cells, allowing carmakers to begin road testing the technologies and determine whether they are safe and reliable.”

7 Spectacular Lessons From James Webb’s First Deep-Field Image
Ethan Siegel | Big Think
“With merely 12.5 hours of exposure time in its first deep-field image, the James Webb Space Telescope has truly ushered in an entirely new era in astronomy and astrophysics. Despite devoting just 1/50th of the time that went into Hubble’s deepest image of the universe, the Hubble eXtreme Deep Field, JWST has revealed details we’ve never seen before. Here are seven spectacular lessons we can learn from its first deep field image, along with tremendous reasons to be excited for all the amazing science to come!”

GM Announces Plans to Build ‘Coast-to-Coast’ Network of 2,000 EV Chargers at Truck Stops
Andrew J. Hawkins | The Verge
“GM and Pilot Company say the new network will include 2,000 DC fast chargers installed at up to 500 truck stops and travel centers, capable of offering speeds of up to 350kW. …The chargers will be in addition to the 3,250 chargers that GM is currently installing with EVgo, which the automaker has said will be completed by the end of 2025. The automaker has said it would spend $750 million in total on EV charging infrastructure.”

Can Planting a Trillion New Trees Save the World?
Zach St. George | The New York Times
“The idea that planting trees can effectively and simultaneously cure a host of the world’s most pressing maladies has become increasingly popular in recent years, bolstered by a series of widely cited scientific studies and by the inspiring and marketable goal, memorably proposed by a charismatic 13-year-old, of planting one trillion trees. …Nearly everyone agrees that planting trees can be a useful, wholesome activity. The problem is that, in practice, planting trees is more complicated than it sounds..”

Is It a Bird? Is It a Plane? No, It’s a Flying Ferry
Nicole Kobie | Wired
“Three feet above the waves, the Candela P-12 sprints across Lake Mälaren near Stockholm, Sweden. With only its hydrofoils cutting through the water, the boat leaves virtually no wake, noise, or emissions—a sea change from the hulking diesel-powered ferries that currently haul commuters through the archipelago that makes up the Swedish capital.”