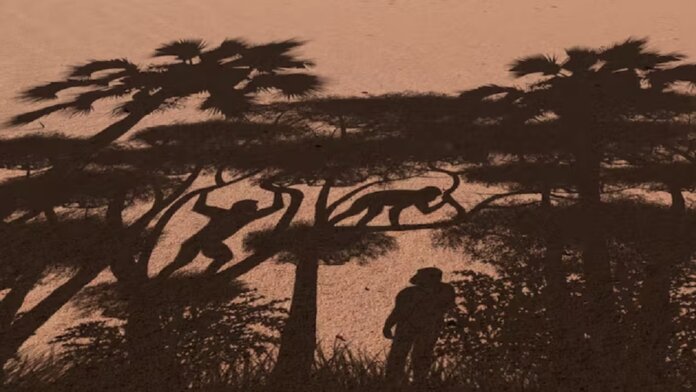 The study of present-day species has delivered a clear verdict on humanity’s place in the living world: right alongside chimpanzees and bonobos. However, this does not tell us much about our earliest human representatives, their biology or geographical distribution—in short, how we became human. For this, we mainly have to rely on the morphology of frustratingly rare fossils, given paleogenetic information is only preserved for recent periods —and even then, in rather cool climates.

Since the 1960s and the identification of the very early age of Australopithecus—including the famous Lucy aged 3.18 Ma (million years ago), discovered in 1974 in Ethiopia—the acquisition of bipedalism has been regarded as a decisive step in human evolution. Indeed, it is an essential feature that marks the transition from non-human to human long before the significant increase in the size of our brain.

There has been much anticipation of our study, published on 24 August in Nature, on the skeleton of Sahelanthropus tchadensis, who is a candidate for the oldest-known representative of humanity.

So, was our distant ancestor a biped or not—i.e., human or not human? In reality, asking the question in these terms borders on circular reasoning. Given we have yet to discover the last common ancestor we share with chimpanzees, we do not know the initial state of human locomotion, bipedal or otherwise.

Were the First Representatives of Humanity Bipeds?

Until now, the earliest data available to us were the limb bones of Orrorin (6 Ma, Kenya) and Ardipithecus (5.8 Ma–4.2 Ma, Ethiopia), which practiced a different type of bipedalism from that of more recent species. It turns out bipedalism is not an invariable feature of humanity and has its own history within our history. The right question is therefore: were the first representatives of humanity bipedal, and if so, to what extent and how? This is the question that our Franco-Chadian team sought to answer by studying the much older remains (about 7 Ma) of Sahelanthropus.

The existence of Sahelanthropus was initially deduced in 2002 from a distorted but otherwise well-preserved cranium (nicknamed Toumaï) and a few other cranio-dental specimens discovered by the Franco-Chadian palaeoanthropological mission (founded and directed by Michel Brunet) at Toros-Menalla in the Djourab Desert in Chad, representing at least three individuals. The study is primarily based on the morphology of the teeth, face, and braincase that this species has been compared with more recent human fossils.

The limb bones described in our article include a partial left femur (thigh bone) and two left and right ulnae (together with the radius, the ulna is one of the two bones in the forearm that form our elbow). These bones were found in the same locality and year as the cranium, but were identified later in 2004. They most likely belong to the same species as the cranium, as only one large primate was identified out of nearly 13,800 fossils representing about 100 different vertebrates across 400 localities in Toros-Menalla. However, it is not known whether this femur, ulnae, and cranium belong to the same individual, as at least three different individuals were found onsite.

A number of factors slowed down our research, which began in 2004. For example, we were required to prioritize field research of other postcranial remains, while we struggled to analyze fragmentary material. We eventually relaunched the project in 2017 and concluded it five years later.

Bones Studied From Every Angle

Given the poor preservation of these long bones (the femur, for example, has lost both ends), brief analyses cannot provide reliable interpretations. We therefore studied them from all angles, both in terms of their external morphology and internal structures.

To reduce uncertainty, we employed an extensive set of methods, including direct observations and biometric measurements, 3D image analysis, shape analysis, (morphometrics) and biomechanical indicators. We compared the Chadian material with present-day and fossil specimens through the prism of 23 criteria. Taken separately, none can be used to propose a categorical interpretation of the material—indeed, there are no “magic” traits in paleoanthropology, and all will be subject to discussion within the scientific community.

Taken together, however, these traits result in an interpretation of these fossils that is far more parsimonious than any alternative hypothesis. This combination therefore indicates that Sahelanthropus practiced habitual bipedalism—i.e., that is as a regular means of locomotion. In this case, bipedalism was probably used for movement on the ground as well as in trees. In the latter case, it was most likely accompanied by a quadrupedal gait accompanied by the grasping of branches, in contrast from the quadrupedal gait practiced by gorillas and chimpanzees, known as “knuckle walking,” in which weight is supported by the backs of the phalanges.

The results are consistent with observations made on Orrorin and Ardipithecus, and have several implications. First, they reinforce the concept of a very early form of bipedalism in human history coexisting with other modes of locomotion. Thus there was no “sudden” appearance of a characteristic unique to humanity right from the start, but a long, slow transition spanning millions of years.

This phase of human evolution thus took place in ways that are quite common throughout the history of life and the globe, and it reminds us that our species is but a fragment of biodiversity. This fact alone should lead us to rethink our attitude toward the living world and the parameters that govern the hospitality of our planet.

Second, the characteristics of Sahelanthropus, Orrorin, and Ardipithecus suggest the ancestor we share with chimpanzees was neither chimpanzee-like nor the exclusive biped we have become. Contrary to the hypothesis that chimpanzees and bonobos retained their ancestral morphology, their particular combination of vertical climbing and “knuckle walking” more likely evolved well after our divergence.

Finally, if Sahelanthropus tchadensis is a witness of human diversity among others, it is, to this day, the only known habitual bipedal species of that age. Considering the whole, weakly diversified, hominoid fossil record of Africa and Eurasia at the end of the Miocene (after 10 Ma), the acquisition of bipedalism by the human branch on the African continent remains the only well-documented hypothesis to date. At this stage, the bipedalism appears to be part of an opportunistic locomotor repertoire—flexible, able to take advantage of different environments—that corresponds well to the diversified paleoenvironment of Toros-Menalla as reconstructed by the geologists, paleobotanists, and paleontologists of our team.

This work was developed through a strong North-South scientific collaboration in palaeoanthropology, namely between the PALEVOPRIM laboratory, the palaeontology department of the University of N’Djaména, and the Centre National de Recherche pour le Développement. These three bones belong to the Chadian heritage and will soon return to their country. At the same time, our fruitful collaboration will continue through new studies of the material as well as new field research that follows in the footsteps of the much-missed Yves Coppens, pioneer of paleontological research in Chad.

This article was co-authored by Abderamane Moussa (University of N’Djaména, Chad). 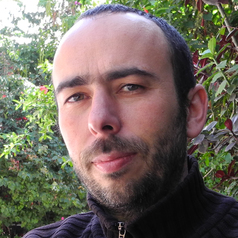 Jean-Renaud Boisseriehttp://palevoprim.labo.univ-poitiers.fr/2018/06/26/jean-renaud-boisserie/
Jean-Renaud Boisserie specializes in the evolution of large African mammals. He directs an interdisciplinary research program working in Ethiopia's Lower Omo Valley, with the objective of understanding the interactions between environmental changes and the evolution of organisms (including humans) in this valley over the course of the last four million years. He currently works in the paleontology lab at l’Université de Poitiers and at CNRS, PALEVOPRIM. He has also worked in Addis Ababa at the French Center for Ethiopian Studies, at UC Berkeley, and at the Paris National Museum of Natural History.
RELATED