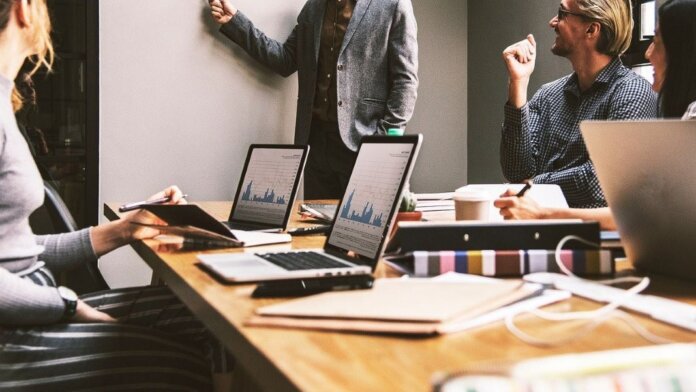 Three and a half months ago, the biggest four-day workweek trial in the world to date kicked off in the UK. Over 3,300 employees from 70 different companies—including everything from large corporations to small neighborhood pubs—started getting 100 percent of their pay for working 80 percent of their typical schedule. Sounds like a pretty good deal, right? The catch was, they had to maintain 100 percent of their productivity.

It still doesn’t sound like a bad deal. The six-month trial reached its halfway point earlier this month, and a report summarizing results thus far was released last week. The Cliffs Notes version is, it’s going well; unsurprisingly, people like having an extra day of their lives back.

The trial is being run by 4 Day Week Global, a nonprofit coalition of business leaders, community strategists, designers, and advocacy thought leaders invested in the transition to reduced working hours.

Researchers from Boston College, Oxford, and Cambridge are monitoring the trial’s impact on employee productivity and well-being, looking at indicators around stress and burnout, health, sleep, energy use, and general job and life satisfaction.

Depending on your job functions, this is quite plausible in terms of motivation and time management; if you could get an extra day off each week, wouldn’t that make you spend less time browsing Amazon or Zillow or Facebook (insert internet time-waster of choice!) and focus?

Survey respondents mostly felt that transitioning from a five-day week to a four-day one wasn’t too hard, with 78 percent rating the transition as smooth or extremely smooth.

Leadership at various participating companies had good things to say, too. Sharon Platts, chief people officer for Outcomes First Group, said the four-day week has been “transformational,” adding, “We’ve been delighted to see productivity and output increase…While it’s still early days, our confidence in continuing beyond the trial is growing and the impact on colleague well-being has been palpable.”

Claire Daniels, CEO at Trio Media, said her business’s overall financial performance has improved by 44 percent since the start of the trial.

It’s not all roses, of course—an experiment this big is bound to involve complications. 4 Day Week Global CEO Joe O’Connor said, “We are learning that for many it is a fairly smooth transition and for some there are some understandable hurdles, especially among those which have comparatively fixed or inflexible practices, systems, or cultures which date back well into the last century.” A sign that it’s time to modernize, perhaps?

Overall, 86 percent of the survey respondents said they’re likely or extremely likely to want to stick with a four-day work week after the trial ends in three months.

Trials of this sort are becoming more popular; Spain, Scotland, Japan, and New Zealand have all looked into or trialed a reduced work week. Before the UK trial, the largest to date took place in Iceland in 2021, and it was broadly considered a success. The 2,500 participants reported decreased stress, increased energy levels, improved focus, more independence and control over their pace of work, and less conflict between their work and home lives. Managers reported boosts in employee morale, with productivity levels maintained if not improved.

Eighty-six percent of Iceland’s working population has subsequently either moved to a shorter work week or been given the option to do so. That’s a high percentage, but a small number compared to most European countries; Iceland’s total population is around 343,000, and it’s a highly equitable society in terms of income.

Over the last few years, Covid-19 dramatically changed the way millions of people do their jobs in terms of the where, the when, and even the how. If predictions turn out to be right, automation and AI will impact the future of work even more, with the potential to completely reconfigure the way value is created and the way people spend their time. Moving to a four-day week certainly sounds appealing, whether it’s a long-term part of these transitions or just an iteration along the path to a new model of productivity.