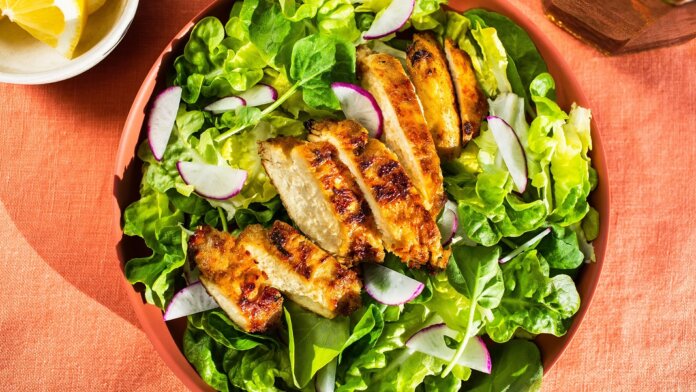 In 2020, cultured meat startup Memphis Meats raised $161 million in Series B funding, making it the most-funded startup in the industry. The investment validated cultured meat’s technological soundness and indicated that consumer interest in these products was likely to grow.

After changing its name to Upside Foods in 2021, the company received an additional $400 million in Series C funding this past April. Now they’ve reached another milestone: this week the FDA granted the company the first approval needed to bring its meat to consumers.

The approval is called a No Questions letter and means that after conducting a thorough evaluation the FDA concluded that Upside’s poultry is safe to eat. The letter doesn’t apply to all of the company’s products, only to its cultured chicken for now; additional offerings will have to undergo the same FDA evaluation process.

“This milestone marks a major step towards a new era in meat production, and I’m thrilled that US consumers will soon have the chance to eat delicious meat that’s grown directly from animal cells,” said Dr. Uma Valeti, Upside’s CEO and founder.

The No Questions letter isn’t an easy approval to lock down, and now that Upside has it, the remaining steps to start selling its chicken should move relatively quickly. The company’s production facilities and the chicken itself will both need to pass USDA inspections and receive seals of approval.

A year ago Upside opened its EPIC facility, a 53,000-square-foot center for engineering, production, and innovation in Emeryville, California. Not all of the space is operational yet, but the facility will eventually be able to produce multiple types of meat, poultry, and seafood; Upside plans to initially make more than 50,000 pounds of meat per year there, scaling up to more than 400,000 pounds per year.

Once the company receives the remaining two approvals it needs, its cultured chicken won’t be available in grocery stores right away; curious consumers will first be able to try it in select restaurants. “We would want to bring this to people through chefs in the initial stage,” Valeti said. “We want to work with the best partners who know how to cook well, and also give us feedback on what we could do better.” The first to sign on is Dominique Crenn, a Michelin-starred chef who runs Atelier Crenn restaurant in San Francisco.

Cultured meat is made by harvesting muscle cells from an animal then feeding those cells a mixture of nutrients and growth factors so that they multiply, differentiate, then grow to form muscle tissue; it’s not terribly different from the way muscle grows in vivo. But the bioreactors where growth happens don’t produce ready-to-eat cuts of meat. The harvested cells need to be refined and shaped into a final product, which could involve extrusion cooking, molding, and even 3D printing.

This process isn’t cheap, especially because it’s still in its very early years and hasn’t yet been scaled to any significant level. Upside doesn’t share details of its production costs, but it seems the per-unit cost of cultured meat is generally trending downward: last year the cost of lab-grown chicken reached $7.70 per pound, as compared to an average at the time of $3.62 per pound for conventional chicken.

Valeti plans to focus on scaling production over the next few years. He’s not alone; competitor Good Meat is planning to build a large cultured meat production facility in the US, aiming for domestic production to start by late 2024.

Besides lowering costs, raising consumer awareness about the benefits of cultured meat products will also be key; namely, that they’re better for animals and for the environment but offer an identical nutritional profile to farmed meat.

Valeti seems optimistic. “Our goal is to introduce consumers to cultivated meat to dispel any confusion with meat alternatives,” he said. “This is going to open up the entire cultivated meat space, and as the pioneer, we are writing the playbook and sharing it with people…The consumer has to fall in love with this.”