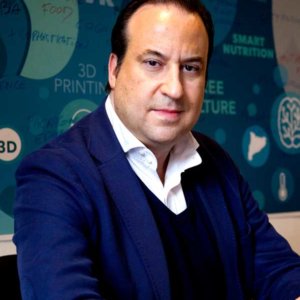 CEO and Co-founder of Reimagine Food

Marius Robles is the Co-founder of Food By Robots, a pioneer company that connects next-gen robotics, automation, and AI companies with the challenges of the food and beverage (F&B), retail, agriculture and hospitality industries. He’s also the CEO and Co-founder of Reimagine Food, the world’s first disruption center focusing on anticipating the future of food.

World-renowned food tech speaker, recognized as a food futurist by Fast Company magazine and as a visionary by CNN and Food Manufacturer magazine, Marius has written several articles analyzing the future of food and the food tech revolution. In 2014, he pioneered the world’s first food tech accelerator, aimed at bringing start-ups and large F&B corporations closer together to promote agile innovation. Marius is the father of disruptive concepts such as Neuronal Food, the Food Paradox, and Food Entertainment.

Marius has worked worldwide with leading corporations, governments, and NGOs and has delivered highly inspirational and thought provoking keynote addresses to audiences in over 20 countries.

Marius Robles - Nov 30, 2020
"Are robots really destined to take over restaurant kitchens?" This was the headline of an article published by Eater four years ago. One of the experts interviewed was Siddhartha Srinivasa, at the time professor...
Read more

Marius Robles - Dec 23, 2018
In 2018, Uber and Google logged all our visits to restaurants. Doordash, Just Eat, and Deliveroo could predict what food we were going to order tomorrow. Amazon and Alibaba could anticipate how many yogurts...
Read more