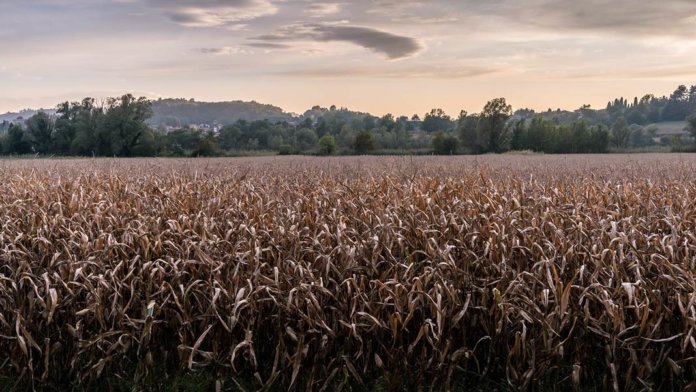 In 2018, Uber and Google logged all our visits to restaurants. Doordash, Just Eat, and Deliveroo could predict what food we were going to order tomorrow. Amazon and Alibaba could anticipate how many yogurts and tomatoes we were going to buy. Blue Apron and Hello Fresh influenced the recipes we thought we had mastered.

We interacted with digital avatars of chefs, let ourselves be guided by our smart watches, had nutritional apps to tell us how many calories we were supposed to consume or burn, and photographed and shared every perfect (or imperfect) dish. Our kitchen appliances were full of interconnected sensors, including smart forks that profiled tastes and personalized flavors. Our small urban vegetable plots were digitized and robots were responsible for watering our gardens, preparing customized hamburgers and salads, designing our ideal cocktails, and bringing home the food we ordered.

But what would happen if our lives were hacked? If robots rebelled, started to “talk” to each other, and wished to become creative?

In a not-too-distant future…

Up until a few weeks ago, I couldn’t remember the last time I made a food-related decision. That includes opening the fridge and seeing expired products without receiving an alert, visiting a restaurant on a whim, and being able to decide which dish I fancied then telling a human waiter, let alone seeing him write down the order on a paper pad.

It feels strange to smell food again using my real nose instead of the electronic one, and then taste it without altering its flavor. Visiting a supermarket, freely choosing a product from an actual physical shelf, and then interacting with another human at the checkout was almost an unrecognizable experience. When I did it again after all this time, I had to pinch the arm of a surprised store clerk to make sure he wasn’t a hologram.

Everything Connected, Automated, and Hackable

In 2018, we expected to have 30 billion connected devices by 2020, along with 2 billion people using smart voice assistants for everything from ordering pizza to booking dinner at a restaurant. Everything would be connected.

We also expected artificial intelligence and robots to prepare our meals. We were eager to automate fast food chains and let autonomous vehicles take care of last-mile deliveries. We thought that open-source agriculture could challenge traditional practices and raise farm productivity to new heights.

Back then, hackers could only access our data, but nowadays they are able to hack our food and all it entails.

The Beginning of the Unthinkable

And then, just a few weeks ago, everything collapsed. We saw our digital immortality disappear as robots rebelled and hackers took power, not just over the food we ate, but also over our relationship with technology. Everything was suddenly disconnected. OFF.

Up until then, most cities were so full of bots, robots, and applications that we could go through the day and eat breakfast, lunch, and dinner without ever interacting with another human being.

Among other tasks, robots had completely replaced baristas. The same happened with restaurant automation. The term “human error” had long been a thing of the past at fast food restaurants.

Previous technological revolutions had been indulgent, generating more and better job opportunities than the ones they destroyed, but the future was not so agreeable.

The inhabitants of San Francisco, for example, would soon see signs indicating “Food made by Robots” on restaurant doors, to distinguish them from diners serving food made by human beings.

For years, we had been gradually delegating daily tasks to robots, initially causing some strange interactions.

In just seven days, everything changed. Our predictable lives came crashing down. We experienced a mysterious and systematic breakdown of the food chain. It most likely began in Chicago’s stock exchange. The world’s largest raw material negotiating room, where the price of food, and by extension the destiny of millions of people, was decided, went completely broke. Soon afterwards, the collapse extended to every member of the “food” family.

Initially robots just accompanied waiters to carry orders, but it didn’t take long until they completely replaced human servers.The problem came when those smart clones began thinking for themselves, in some cases even improving on human chefs’ recipes. Their unstoppable performance and learning curve completely outmatched the slow analogue speed of human beings.

This resulted in unprecedented layoffs. Chefs of recognized prestige saw how their ‘avatar’ stole their jobs, even winning Michelin stars. In other cases, restaurant owners had to transfer their businesses or surrender to the evidence.

The problem was compounded by digital immortality, when we started to digitally resurrect famous chefs like Anthony Bourdain or Paul Bocuse, reconstructing all of their memories and consciousness by analyzing each second of their lives and uploading them to food computers.

Robotic and automated supermarkets like Kroger and Amazon Go, which had opened over 3,000 cashless stores, lost their visual item recognition and payment systems and were subject to massive looting for several days. Smart tags on products were also affected, making it impossible to buy anything at supermarkets with “human” cashiers.

Smart robots integrated into the warehouses of large distribution companies like Amazon and Ocado were rendered completely inoperative or, even worse, began to send the wrong orders to customers.

In addition, home delivery robots invading our streets began to change their routes, hide, and even disappear after their trackers were inexplicably deactivated. Despite some hints indicating that they were able to communicate among themselves, no one has backed this theory. Even aggregators like DoorDash and Deliveroo were affected; they saw their databases hacked and ruined, so they could no longer know what we wanted.

Ordinary citizens are still trying to understand the cause of all this commotion and the source of the conspiracy, as some have called it. We also wonder who could be behind it; who pulled the strings?

Some think it may have been the IDOF (In Defense of Food) movement, a group of hackers exploited by old food economy businessmen who for years had been seeking to re-humanize food technology. They wanted to bring back the extinct practice of “dining.”

Others believe the robots acted on their own, that they had been spying on us for a long time, ignoring Asimov’s three laws, and that it was just a coincidence that they struck at the same time as the hackers—but this scenario is hard to imagine.

However, it is true that while in 2018 robots were a symbol of automation, until just a few weeks ago they stood for autonomy and rebellion. Robot detractors pointed out that our insistence on having robots understand natural language was what led us down this path.

In just seven days, we have gone back to being analogue creatures. Conversely, we have ceased to be flavor orphans and rediscovered our senses and the fact that food is energy and culture, past and present, and that no button or cable will be able to destroy it.

The 7 Days that Changed Our Relationship with Food

Day 1: The Chicago stock exchange was hacked. Considered the world’s largest negotiating room for raw materials, where food prices, and through them the destiny of billions of people, are decided, it went completely broke.

Day 3: Automated restaurants saw their robot chefs and bartenders turned OFF. All their sensors stopped working at the same time as smart fridges and cooking devices in home kitchens were hacked and stopped working correctly.

Day 4: Nutritional apps, DNA markers, and medical records were tampered with. All photographs with the #food hashtag were deleted from Instagram, restaurant reviews were taken off Google Timeline, and every recipe website crashed simultaneously.

Day 5: Vertical and urban farms were hacked. Agricultural robots began to rebel, while autonomous tractors were hacked and the entire open-source ecosystem linked to agriculture was brought down.

Our promising technological advances can expose sinister aspects of human nature. We must take care with the role we allow technology to play in the future of food. Predicting possible outcomes inspires us to establish a new vision of the world we wish to create in a context of rapid technological progress. It is always better to be shocked by a simulation than by reality. In the words of Ayn Rand “we can ignore reality, but we cannot ignore the consequences of ignoring reality.” 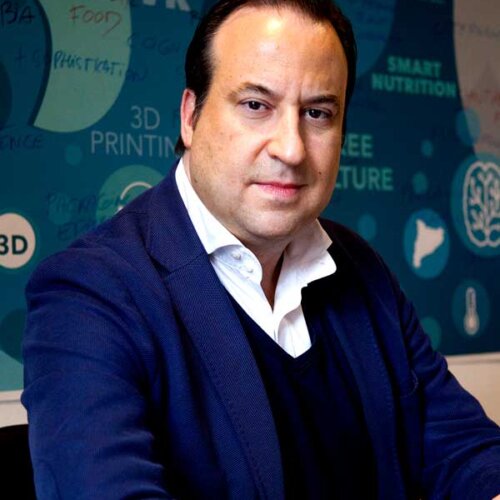 Marius Robleshttp://www.foodbyrobots.com
Marius Robles is the Co-founder of Food By Robots, a pioneer company that connects next-gen robotics, automation, and AI companies with the challenges of the food and beverage (F&B), retail, agriculture and hospitality industries. He’s also the CEO and Co-founder of Reimagine Food, the world’s first disruption center focusing on anticipating the future of food. World-renowned food tech speaker, recognized as a food futurist by Fast Company magazine and as a visionary by CNN and Food Manufacturer magazine, Marius has written several articles analyzing the future of food and the food tech revolution. In 2014, he pioneered the world’s first food tech accelerator, aimed at bringing start-ups and large F&B corporations closer together to promote agile innovation. Marius is the father of disruptive concepts such as Neuronal Food, the Food Paradox, and Food Entertainment. Marius has worked worldwide with leading corporations, governments, and NGOs and has delivered highly inspirational and thought provoking keynote addresses to audiences in over 20 countries.
RELATED