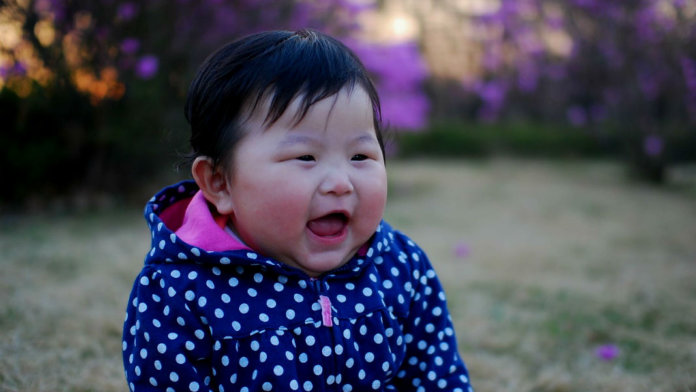 It’s known as myostatin, but it might as well be called kryptonite, because it’s what keeps each of us feeling like Clark Kent. This protein tells your muscles when to stop growing, and in the last few years we’ve seen two babies born with a mutant gene that prevents them from producing enough myostatin. The result? Super Babies. And like any amazing mutation, scientists are studying it to see if, and how, we could all become as muscle bound as these tots.

The first super baby was born in Germany in 2004. Though his name was never released, pictures demonstrated that his young physique contained almost twice as much muscle as other infants. Look ahead to fall 2005 in Michigan, Mr. and Mrs. Hoekstra adopt a young boy named Liam. Soon he is growing muscle at an astounding rate. Hanging on rings in an iron cross position by 5 months, pull-ups by 9 months, Liam is the second super baby. His condition, now known as myostatin-related muscle hypertrophy, makes him hungry, lean, and strong. Check out his pic after the break.

With Liam, scientists had further proof that a genetic mutation could exist that causes a human to naturally build muscle. Without even trying, Liam has little to no body fat, can lift seven pound weights arms extended (he only weighs 30 lbs himself) and has a six-pack. Now nearly four, Liam is taking gymnastic lessons, but this is more of an outlet for his energy than an explanation for his physique. No doubts, it’s the lack of myostatin that’s helping him get ripped.

The Protein to End All Proteins

Blocking myostatin has been shown to have drastic effects in animals besides humans. Myostatin tests in labs have pumped up mice to Schwarzenegger proportions.

A whippet named Wendy has a bizarre condition that has slowed her myostatin production. A strain of cattle known as Belgian Blue are predisposed to genetic conditions that lower production of the protein…and wow, you can really tell. Looking at photos of each of these animals, I’m struck by the near absurdity of their pumpitude. It’s like someone delivered free weights to the zoo.

Which isn’t to say that the applications for myostatin blocking would be absurd. Doctors, like Louis Kunkel of the Children’s hospital in Boston, have long been searching for cures for muscular dystrophy (MD). It’s the most common genetic disease and few sufferers live into adulthood. A myostatin blocker could help these children survive and perhaps even live normal lives. All it might take is relatively small changes in the level of the protein: 20-50%.

Yet, when you type ‘myostatin’ into Google you don’t get web forums dedicated to curing muscular dystrophy. Since breakthrough research in 1997 by Alexandra McPherron, Se-Jin Lee, and Ravi Kambadur proved the effects of myostatin, the discussion has focused on one topic: blocking myostatin in order to get ripped. Buff. Cut. However you grunt it, the draw to have a treatment that creates muscle – with little exercise needed – is outweighing the medical pursuits of MD cures. Now that a human gene has been linked to myostatin-blocking I can only predict that such demand will increase dramatically. Expectedly, we can already buy “myostatin-blockers” as a workout supplement. Obviously I can’t comment on the veracity of the claims made by these products, but you may want to think about them in the same vein as other…er… ‘enlargement’ offers you receive online.

Liam’s mother has been hesitant to allow press into her young son’s life. Rightfully she fears that the coverage would turn Liam’s existence into a circus. Even further ensconced in anonymity, the German super baby isn’t giving any interviews. However well they are shrouded from the public, however, they’ve been genetically sampled and will undoubtedly continued to be so as they mature. Using this information, it isn’t a matter of if the myostatin gene could be modified in others, it’s a matter of when.

So the demand is there, and the possibility is coming. What will it mean to have an available genetic treatment which will permanently make you able to build muscle with little effort? First, I hope it means sufferers form MD, AIDS, and other debilitating diseases will find relief from muscle atrophy. Secondly, maybe not trivially, it will mean a new series of anti-doping tests at sporting competitions. But most importantly it will be a sign that humans will be on their way to modifying their bodies to fit their lives and not the other way around.

Just recently Singularity Hub has discussed growing organs, stem cell treatments, and a wide host of bionic body augmentations (even some not so bionic additions). Genetic manipulation, however, is the real holy grail of the body-crafting endeavor. Much of this pursuit has focused on understanding the purpose of each sequence of the genome. But with myostatin, some of that completeness may be deemed unnecessary. Most people won’t be interested in discovering what a million different genes do when changing just one gives them the ideal athletes body.

That’s a recipe for disaster. We hope that Liam Hoekstra has a happy healthy life. But knowing the effects of other kinds of unchecked growth can include tough health problems, we should expect a price to come with his amazing gifts (remember Andre the Giant). We do not fully know the effects of myostatin on smooth and cardiac muscle. Organ development may benefit or be stunted. As researchers are quick to point out, ligament and tendon strength do not necessarily coincide with muscle strength. Liam already has to work a little harder on getting the flexibility common to children his age.

Myostatin genes have to be understood in the larger context before they can become part of a general genetic engineering lexicon. Let’s hope the demand for work-free muscle building will be controlled enough to wait for it. Before we can build super men we’ll have to get them the old fashioned way: by letting super babies grow up on their own.