You want a robotics revolution? Then get ready to drop $25 million. That is, of course, if you are Dmitry Grishin, the co-founder of the Mail.ru Group and CEO of Russia’s #1 email service, and you long for the era of personal robotics to begin. He recently announced the formation of a New York-based investment group, Grishin Robotics, which will invest into small- and medium-sized companies focusing on the consumer side of robotics, rather than the traditional industrial robots many larger companies focus on.

In addition to funding, Grishin believes his experience in growing the Mail.ru Group into Russia’s largest internet company will be indispensable at helping companies effectively market their service robots to millions of consumers in the coming years. 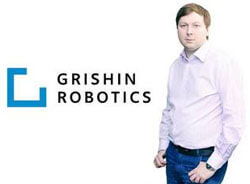 By using personal funds to start his investment group, Grishin gives himself ultimate control in which companies to invest in. Grishin told Innovation News Daily, “Industrial robotics is pretty much developed. Now is a good time to bring robotics to millions of people — personal robotics related to people’s general lives and for the mass market.”

According to Business Week, he plans to invest $500,000 in 10 to 20 companies per year saying, “Robotics innovation should not happen at big corporations but instead in small startups with 20 to 30 engineers.” Seeding an array of startups with some cash is an investor’s numbers game, to be sure, but Grishin is also building into the robotics community as a whole by giving young entrepreneurs the opportunity to make viable products for consumers. In the long term, this will only help bring the revolution about sooner as more in the field gain the experience needed to bring robotics concepts to market.

In 2010, worldwide sales of personal robots were only about a tenth of what industrial robots pulled in, which was $5.7 billion. But that is poised to change, according to industry experts. Some are predicting that the service robot sales will grow rapidly to over $18 billion in the next three years.

And there may be no end in sight to the growth of that market as service robots are considered to be the best solution for providing medical care to an aging population whose numbers continue to increase. Still, funding robotics companies with a consumer focus currently comes with great risk because of the very short list of products that have sold millions of units.

Take iRobot for instance. Besides their autonomous vacuum cleaner Roomba, the company has produced the health care robot AVA, designed to act as a communication relay between remote healthcare providers and the elderly as well as offer companionship. Other telepresence robots have been developed, such as Luna and TiLR, both from RoboDynamics, and the notable telemedicine bot from Ctrl Works, the Telepresence Puppet, which provides doctors a means to go on virtual rounds. A handful of other companies are busy trying to find the right path for bringing service robots into people’s homes, like Willow Garage with the open source PR2 robot and Honda’s Asimo, while others focus on the more personal side of robotics, such as the NAO bot from Aldebaran Robotics. Of course, work is being conducted at academic institutions like MIT’s Media Group.

As much as this is a business decision, robotics is clearly close to Grishin’s heart as he studied robotics and complex automation at Moscow State Technical University. He also founded the largest competition for programmers in Eastern Europe called the Russian Code Cup. The new investment group is not only looking to help companies, but it’s aiming to raise awareness of the industry as a whole among the public, business and scientific communities.

There is no doubt that personal robots are coming, but how and when they arrive is still unknown. After all, the robotics field is still young and someday, the market for service robots will be self-sustaining. But we will get there faster thanks to the personal investment Grishin is making to boost progress in robotics.