Luna Personal Robot Brings You Telepresence and More for $3k. Can It Be a Game Changer? 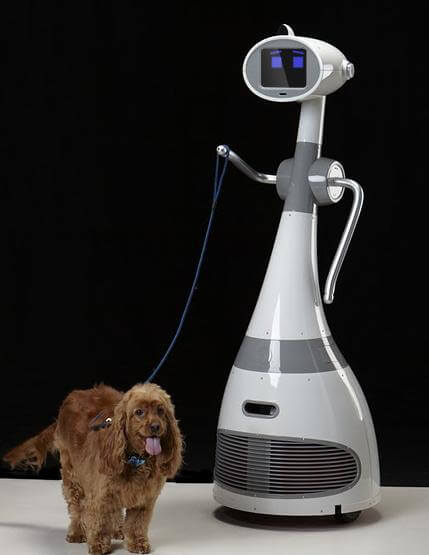 A few months ago a video was leaked of a mysterious robot. Now, after its official launch I can tell you that the mystery bot is none other than the Luna from RoboDynamics. RoboDynamics is a major innovator in telepresence, and Luna is a beautiful 5’2″ (157cm) tall robot capable of telepresence on its 8 inch LCD touchscreen face. Yet Luna is also much more than that. It’s RoboDynamics leap into the personal robotics fray, and it’s not only open source it’s also affordable. Available in the fourth quarter of 2011, Luna will only set you back $3000. Cheap? No. But that’s way less than other telepresence robots, and it could be just the right price to attract a league of developers who want to take advantage of Luna’s App Store as an emerging market. That’s right, RoboDynamics isn’t trying to build another household robot, they’re aiming to create the commercial robotics platform that will revolutionize the way we use personal robots. Check out RoboDynamics’ new baby in the videos and pictures below. Will Luna be the robot equivalent of the iPhone? It certainly has serious potential, but the bigger question is, is the personal robot of our dreams near? Well…I think it’s getting closer.

First off, let’s talk about Luna, because she is one good looking bot. Designed by SchultzeWorks, Luna stands over five feet tall, has a slick white and gray shell with thin metal arms that can support a tray. She reminds me a little of the Serge butler robot from SyFy’s Caprica. Her specs are satisfying, but not mindblowing as befits a robot you want to mass produce for $3k: 2 GHz processor, nVidia9000M graphics card, 8 GB flash memory (which you can upgrade to 32GB), WiFi, 8 MPx camera with digital zoom, 8 inch touchscreen LCD, 3 microphone array, speakers, 10 bit wheel sensors, PrimeSense’s 3D sensor (like the Kinect!), and its battery should last between 4-8 hours and recharge in about the same time. There’s a carrying handle on the back so you can easily lift the 65 lb (~30kg) bot and take it up stairs or in your car if you need to use the HOV lane.

But didn’t I say that RoboDynamics wants Luna to be a platform, not a novelty? Yep. Luna has seven Luna Expansion Ports (LXP) each with its own USB, 12V supply, 5V supply, and mounting holes. You can hack on your own hardware or, hopefully, third party developers will begin selling modular hardware that you can purchase and plug in with little difficulty. Already RoboDynamics plans on offering BlueTooth, 3G, and 4G hardware upgrades custom designed for use with LXP. On the software side, Luna will run the aptly named LunaOS, which is an open source system that includes Poky Linux, the Robot Operating System (ROS), and other open packages.

There are still some important unanswered questions. I’ve yet to see Luna navigate a crowded room, so I don’t know how it will handle real human environments. Ditto for telepresence – what’s the picture quality going to be like? The LunaOS website is up, but it’s really sparse at the moment and I haven’t had a chance to the review the SDK. We’re early in the process, so we may have answers to these concerns soon.

So there you have Luna in a nutshell. She’s a tall, good looking machine that’s untested but open to new things. RoboDynamics will be auctioning off the first 25, and selling another 975 first come first serve at $3k, with delivery before end of year. If enough of those early adopters are developers I think you could see a host of new apps and hardware hacks available to the general public by the time Luna’s price drops enough to make it a retail item (supposedly we’re looking at an ultimate target of $1000 within a year or so, but that’s unofficial).

Why should you care? That’s a damned good question.

Look, we’ve seen plenty of household robots that cost way less than three grand. Some will clean your floors, others will purr as you pet them. We’ve also seen open source robots that are way more impressive in their specs (Willow Garage’s PR2 for instance). But Luna is a new breed. For starters, she may be a telerobot killer. Anybots is selling their QB for $15k. Now the QB does telepresence really well, but that’s five Lunas – robots that not only do telepresence but that can easily expand and upgrade! If you were an office manager, which would you choose? Even if look elsewhere in the telerobotics ecosystem, you’ll see that $3k is pretty much the cheapest pricetag on a professional-level device.

Of course, telepresence is just the beginning, because Luna is aiming for a very important market: people who want real robots that do some worthwhile sh*t. Vacuum bots are great, but they’re minor appliances, like microwaves. Cuddly/friendly robots like Pleo, Aibo, etc are amazing cutting edge toys, but toys all the same. Willow Garage’s PR2 is a titanic open source development platform…but it’s $400k and aimed at major research institutions. Luna is a robot that, potentially, could be a development platform at the consumer level. A robot that provides security, or telepresence, or hospitality, or anything else you can program it to do. With those arms maybe it could even wait tables. Luna isn’t the first personal robot, not by a long shot, but it’s possibly the first personal robot that will really matter.

It’s not alone. Not by a long shot. We’ve recently seen three other worthwhile competitors enter into the same market. Willow Garage created the TurtleBot ($1200) an easily hackable rolling bot with a Kinect sensor and an iRobot base powered by a laptop. BiliBot ($1200) is a similar build but with an arm that can actually pick up things. iRobot’s AVA is a pedestal that can easily navigate in a human environment and whose head is any tablet computer you care to attach to it. Colin Angle recently announced that the AVA will go on sale this year. While I’m uncertain as to the nature of AVA’s OS, TurtleBot and BilliBot are open source just like Luna. All three of them will be able to access code on ROS, which (as my robot engineer friends like to tell me) isn’t the most amazing library out there, but it’s pretty damn good. And ROS is growing everyday. So, right now you have two open source personal robots that can work as development platforms and by Q4 you’ll have one more that fits the bill (and maybe AVA as well?).

I think these bots are a sign that a change is coming. Or, at least, that a change is being attempted. As we saw with personal computing back in the 70s and 80s, rapid development of a technology that can be adopted into everyone’s household takes two things: a shared set of standards that developers and producers can agree upon and build together, and (at least) one kickass platform that will attract everyone to the concept. I think we’re seeing those factors gather now. Linux, ROS, and other open software systems are proving they can serve in robotics as a (loose) set of standards that will evolve over time. Now all we need is a kickass platform or two. Could be TurtleBot, BiliBot, or Luna. The first two are cheaper (though Luna could drop as we’ve mentioned above), TurtleBot is backed by Willow Garage, BiliBot has a gripping arm, and Luna is actually tall and sexy with easy expansion ports (that sounded dirty, didn’t it).

I’m not sure if any of these bots, AVA included, will jumpstart the evolution of the personal robot market, but I’m really excited that they’re all showing up in 2011. To me that means the industry is recognizing that now is the right time to invest in this concept and to bring it to market as soon as possible. Better still, as open source seems to be the norm, I have high hopes that these platforms will help build and improve on one another even as they compete. Who cares which of these guys is the real iPhone of robotics. The important thing is that we could be at the very early stages of a new trend in the field. The last decade saw the emergence of the smart phone, and now the personal robot may be ready for its big premiere. So welcome to the world, Luna. Whether or not you’re the platform that does it, I think you’re another sign that the game of robotics is about to change forever. 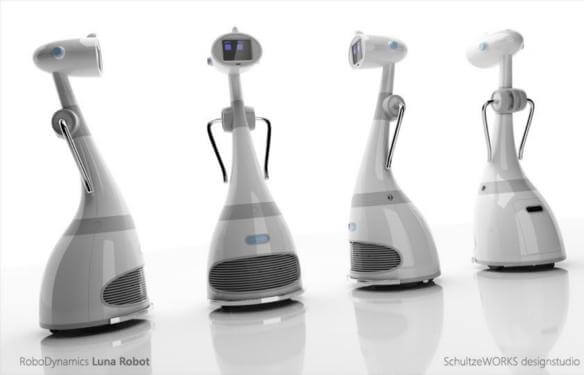 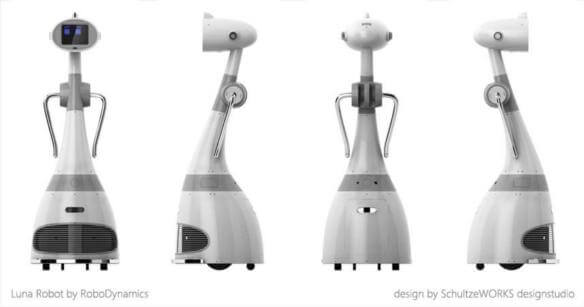 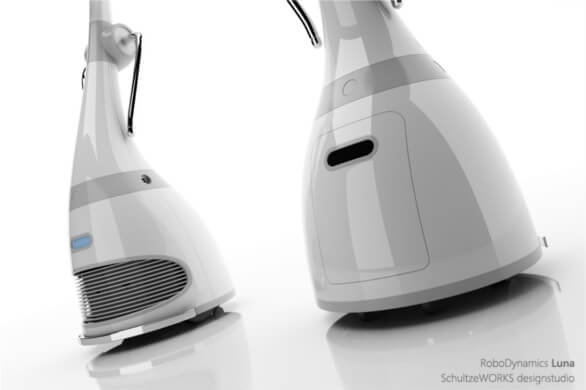