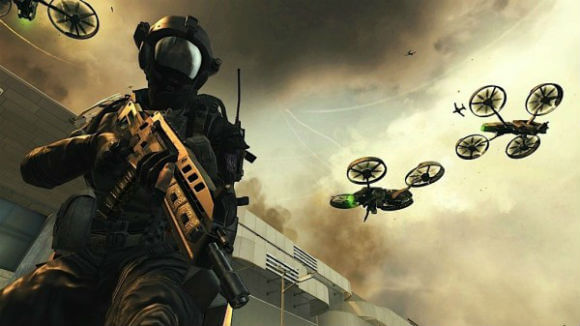 The latest Call of Duty game continues the franchise’s dominance of the video game market. Activision reported that within the first 24 hours after Call of Duty: Black Ops 2 went on sale, a record breaking $500 million in revenue poured in from across the world.

In the press release, the company stated that this ninth game installment raised total sales in the franchise to $3 billion, exceeding total box office receipts for the Star Wars and Harry Potter franchises.

Even as video game sales have struggled in 2012, Call of Duty: Black Ops 2 pulled in $100 million more than last year’s Modern Warfare 3 as well as besting its competitors, including Halo 4 which made $220M in the first 24 hours. Since 2006, a new CoD game has been released every fall, and with a consumer market that seems committed to the franchise even as consoles like Xbox 360 show their age, odds are good that next year’s entry will challenge the record as well, especially if rumors of the release of next-gen consoles prove true.

Black Ops 2 is notable because it is the first time that the franchise includes a scenario that ventures away from historical and modern warfare to the battlefields of the year 2025. Making logical extensions from current technologies like unmanned aerial vehicles, the game brings futuristic warfare to players, including cutting edge gadgetry like drones and robots.

The trailer, which was only posted on YouTube two weeks before the release of the game, tallied over 30 million views. Compare that to the trailer for the much anticipated The Hobbit: An Unexpected Journey, which has 21 million views after being posted an entire year before the film’s release.

For game developers in the first-person shooter genre, creating a game that challenges the CoD juggernaut is tough. In fact, a breach of classified information occurred recently when it was reported that the Navy seal team that participated in the Bin Laden raid consulted with Electronic Arts developers who were looking to bring greater realism to the next game in the Medal of Honor series.

Even Activision feels the pressure to produce engaging entries in the era of mobile gaming, and that’s why the true success of Black Ops 2 may be better gauged by sales after the initial surge.

So whether you enjoy this genre of video games or not, the Call of Duty franchise has taken its spot in the entertainment record books and shows that playing soldier isn’t just a game for kids.