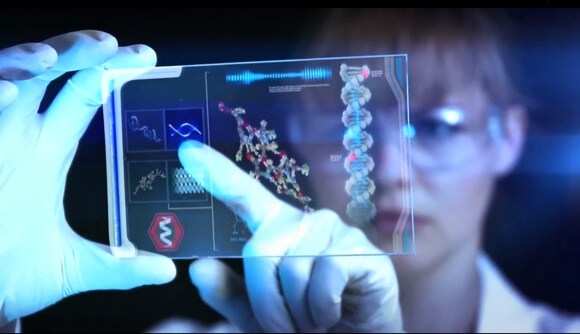 It’s hard to imagine a Star Trek away team without their tricorders waving back and forth, scanning for life forms. Was there anything those things couldn’t do, and might we primitive 21st century humans develop a similarly powerful handheld diagnostic technology? The Qualcomm Tricorder X Prize, announced in 2012, officially opened registration in early 2013 to find out.

Computers and sensors are smaller, lighter, and more powerful than ever. A creative pairing of the two, with AI onboard, and a cloud connection could change the way we do healthcare forever. Peter Diamandis, Chairman and CEO of the X Prize Foundation, told Singularity Hub the winning devices will be like “OnStar for the body.”

Tricorder X was first conceived during the X Prize Foundation’s annual three day Visioneering summit back in 2010. In fact, the prize began life as two prizes—Artificial Intelligence (AI) Physician and Lab-on-a-Chip. These two ideas were soon combined, and seeing the Tricorder-like potential of such a device, mobile communications firm, Qualcomm, signed on as sponsor. 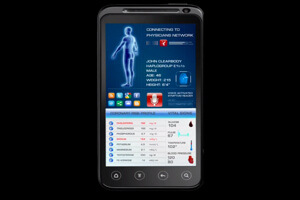 The required specifications are otherwise intentionally vague to inspire creative problem solving. In terms of design, devices must be five pounds or less; customer experience is a key metric in the judging; and the device must upload data to the cloud a minimum of every 12 hours.

Today, most folks who feel healthy may record health data once every few years. Truth is, we don’t know what’s going on with our bodies until something major goes wrong. Tricorder X aims to give patients a history of daily data, the ability to track changes and patterns, and the comfort they might catch potentially hazardous conditions early.

This Tricorder X infographic frames the problem perfectly. Have you ever wondered whether you need to see a doctor—but the only way to know if you need to see a doctor is by seeing a doctor. On average, patients wait 21 days to get an appointment and spend two hours at the doctor’s office. And if it’s night or the weekend—it’ll be the emergency room or nothing. Worse? After all that, it’s a coin flip whether you get the right diagnosis or treatment.

Having a reliable set of sensors at home coupled with a reliable diagnostic tool would answer that first question: Do I need to see a doctor? And if the answer is yes, odds are the doctor can double check the data and prescribe treatment online or over the phone—limiting visits to those times they are truly needed, and freeing physicians to dedicate the time, care, and attention patients want and deserve.

Registration for the Tricorder X Prize is set to run through August 2013. A qualification round in 2014 will pare over 250 teams down to ten or fewer. Finalists will design and build their technology in the second half of 2014 and run consumer tests in early 2015. The prize will be awarded no later than June 2015.

It’s an aggressive schedule and an ambitious goal—but that’s what the X Prize is all about. And if all goes to plan, in two and a half years we’ll have a piece of 23rd century tech destined for our homes and pockets.