US Supreme Court Says Synthetic Genes Are Patentable, Naturally Occurring Genes Are Not 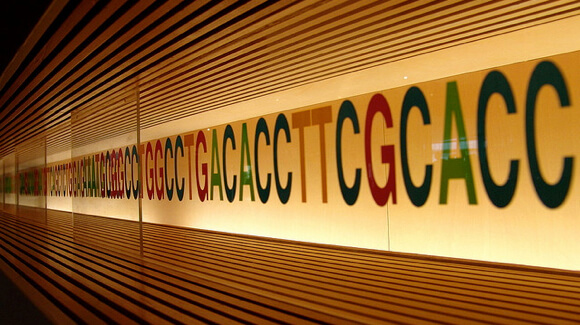 Technology has always ridden far out ahead of the laws that govern it. As the pace accelerates, that gap may widen. The US Patent Office issued the first gene patent thirty years ago. Tens of thousands of patents later, the US Supreme Court heard arguments on the issue earlier this year.

On June 13th, the court ruled against biotech firm, Myriad Genetics, saying the company may not patent isolation of naturally ocurring genes. However, the court also upheld patents of synthetically created genes, known as complementary DNA or cDNA. The decision affects genetic research, testing, and the growing field of synthetic biology.

The case dealt specifically with Myriad’s patents of the BRCA1 and BRCA2 genes, mutations of which are associated with increased risk of ovarian and breast cancer. Because Myriad had discovered the BRCA genes and the US Patent and Trademark Office (USPTO) granted a patent on them, the firm had control over all research and genetic tests involving the genes.

The court, however, invalidated Myriad’s BRCA patents, distinguishing the discovery of “laws of nature, natural phenomena, and abstract ideas” from the invention or discovery of a “new and useful . . . composition of matter.” 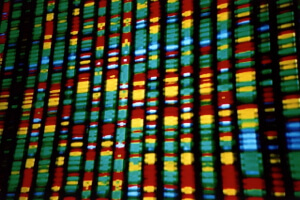 Naturally occurring genes—or those that have evolved over millions of years—fall into the former category, even when they have been isolated from the DNA strand; whereas, synthetic genes assembled or invented in a lab belong to the latter.

The court argued that the isolated DNA Myriad uses in its BRCA test contains all the nucleotides from the original strand including ‘introns’, or sections that aren’t used during the creation of proteins. However, although cDNA may contain the same sequence of functional nucleotides, these non-functional introns are typically removed, thus, making cDNA chemically different and therefore artificially derived.

The court was clearly working on the premise of chemical composition as opposed to information. An organization that discovers what a particular gene is for and wants to make a test for it can’t get a patent. But they can patent an informationally identical, albeit chemically different, lab-built version of the gene.

This distinction may seem like semantics. But the court wanted to find a way to open information while maintaining incentives to invent: “Patent protection strikes a delicate balance between creating “incentives that lead to creation, invention, and discovery” and “imped[ing] the flow of information that might permit, indeed spur, invention.” 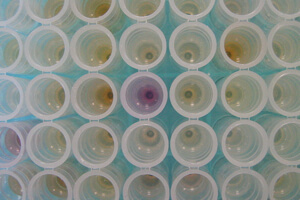 Professor Berry said, “The USPTO has been granting patents on isolated human genes and similar molecules for many years. Companies that built patent portfolios based on naturally occurring molecules lose, because many, if not most, of those patents now are likely invalid.”

According to the Wall Street Journal, the decision could affect as many as 4,000 patents on isolated genes. However, companies like Myriad also hold patents on cDNA. Myriad’s chief counsel, Richard Marsh, told the New York Times, “We have 24 patents, more than 500 patent claims, the vast majority of which are still valid and enforceable.”

Meanwhile, abolishing patents on naturally occurring genes may spur research and reduce the price of genetic tests by subjecting them to competition. Myriad’s test, for example, costs $4,000 to isolate and analyze just two genes. That’s very expensive at a time when whole genome sequencing is under $10,000.

Berry thinks the decision will also benefit genetic researchers as they no longer face the threat of infringement. “If the decision results in expanded research and innovation, then the public at large will win, since investment in innovation results in new products, better products, and less expensive products.”

All that said, no one knows exactly how the decision will play out.

According to Berry, patent law has been subject to “enormous” change since 2005. Apart from the Supreme Court, the lower courts, Congress, and even the White House have had a hand at it. Berry says, “The most pressing issue in the patent field right now is for the USPTO, the courts, and patent owners to sort through all the changes, and understand what it all means.”

One wonders what new genetic applications and methods biotech will invent by the time that process is complete. It’s good the conversation is taking place, and the best laws are written with enough flexibility to accomodate unforeseen change. But perhaps in parallel, we should discuss how legal and regulatory processes might be modernized to more easily keep pace.