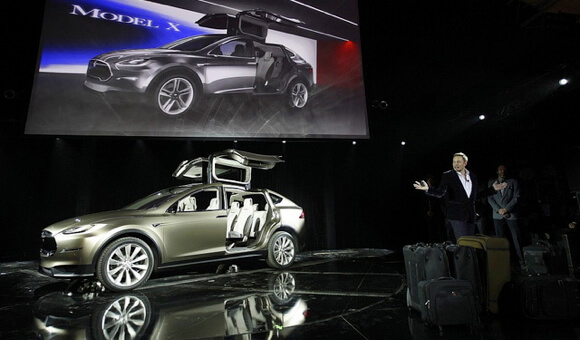 Elon Musk’s companies have been a PR treasure trove of late. SpaceX is making strides in reusable rocket tech with its Grasshopper rocket. Musk showed off an Iron Man 3D design interface his engineers are building. Then of course, there’s his hypothethical 700+ mph Hyperloop from SF to LA. Now, he’s pushing the envelope again.

This time it’s robot cars—a hot topic any way you slice it.

Big automakers are stumbling over each other to forecast and commit to bold timelines. Earlier this year, BMW predicted we’d have highly automated cars by 2020 and the fully automated variety by 2025. More recently, Nissan upped the ante with their commitment to bring self-driving autos by 2020.

What’s Musk think about all this? In a Financial Times interview, he said his car company, Tesla Motors, would offer self-driving models three years from now. The project is still under wraps—Musk didn’t elaborate further, and there’s been nothing official from Tesla. But he said, “It’s not speculation.”

So what exactly did Musk promise? He thinks 90% of miles driven could be automated in three years. But full automation, that extra 10%, “may be a bridge too far.”

Musk has proven himself a businessman and engineer par excellence with a flare for showmanship and seemingly unflappable confidence.

In this case, his forecast isn’t too unreasonable. Tracking technology and smart algorithms are improving—and not just in the lab. You can purchase cars with significant levels of automation from Daimler, and Google’s autonomous cars are logging miles on public highways. Indeed, BMW’s i3 is an electric car capable of autonomous operation in city and highway traffic.

We don’t know how far along Tesla is in their plans to automate, but Musk’s firms tend to move fast and are defining or redefining the markets they’ve entered.

Tesla already makes the top high-end electric car on the market. SpaceX is a commercial space firm flying payloads to the International Space Station for a fraction of traditional costs. And whereas Google has no experience manufacturing cars—that’s exactly what Tesla does. 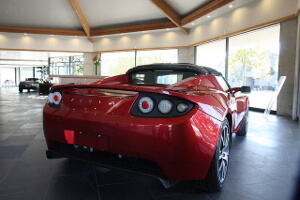 But Musk didn’t say whether his cars will have both self-driving capabilities and regulatory go-ahead. Regulatory and consumer buy-in and trust, could prove to be a source of delays.

Though self-driving systems may prevent accidents and save lives on net, auto fatalities won’t drop to zero. Some will still be caused by user error, but automated systems are bound to have a glitch or two as well—and in the event of an accident when a human was not in control, liability may transfer from the driver to the automaker.

But to be clear, such hurdles don’t have to be deal-breakers. Especially not for a car that’s 90% automated. (And Musk may be right that’s enough for now.)

Regulatory agencies and legal professionals are already taking a look at automation in the US. And limited laws make it legal for Google to test its robot cars on public roads in California, Nevada, and Florida.

Further, self-driving systems are gradually seeping into cars and becoming a trusted feature. As folks get used to the idea and become familiar with the systems, and as those systems prove robust, there’s no reason to believe regulatory and liability quandaries won’t be worked out.

Fewer accidents, a leading cause of death worldwide, would be a welcome benefit. Many traffic jams are caused by poor human decision-making—robot autos could adjust their speeds to ease snarls of traffic, maybe even by talking to one another. More consistent acceleration could improve gas mileage or better conserve charge.

Automation presents clear advantages. That’s why more and more automakers are making big promises. Plus, it’s great advertising and brand management. And of course, nobody wants to be left standing when the music stops.