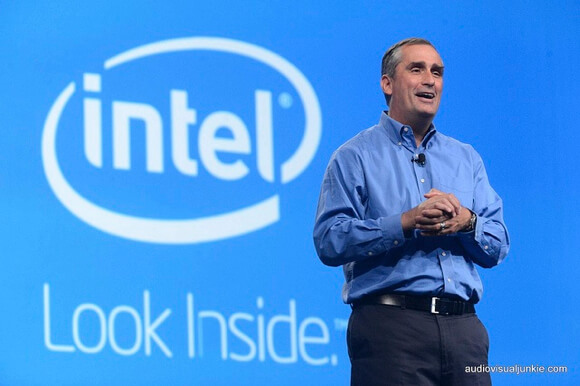 Intel recently announced their newest line of chips, dubbed Quark, are a fifth the size and consume a tenth the power of Atom, their smallest low-power chip to date. Quark marks a shift, a few years in the making, from Intel’s traditional focus on powerful, fast processors for PCs. In fact, the chipline aims beyond even mobile.

According to Intel CEO, Brian Krzanich, “Smartphones and tablets are not the end-state. The next wave of computing is still being defined. Wearable computers and sophisticated sensors and robotics are only some of the initial applications.”

Apart from announcing availability of the chips in the first quarter of 2014, Intel didn’t dwell on specifications. Even so, a barrage of speculation followed hard on the heels of the announcement. Will the giant chip manufacturer successfully compete? With so little meaningful information on Quark itself, we’ll have to wait and see.

But succeed or fail, it’s notable that Intel is betting on a new epoch of even more ubiquitous computing—and they’re betting it’s coming soon.

To be clear, it isn’t about Intel’s stamp of approval on wearables and the Internet of Things. Rather, the fact they’re jumping in with both feet is more a sign of market maturity. Sure, we’ve been talking about this stuff for years. But it’s now been de-risked enough for big, conservative firms, like Intel, to climb aboard.

And there’s good reason for Intel to be interested in what comes next.

It’s often noted they missed the boat on smartphones and tablets. But even more, the market for wearable electronics and the Internet of Things is mind-bogglingly huge. Whereas there’s room for, at most, a few PCs or mobile devices per household, there are literally billions of “things” awaiting tiny, low-power chips like Quark.

At home, we’re talking tables, chairs, lamps, locks, stoves, toasters, and windows. (Is the automated home of the future finally here?) Then there’s a host of inanimate objects in the wider world—key infrastructure in cities, for example—waiting to get a chip, sensors, and an online link. And finally, miniature chips will power wearable or ingestible devices in health, medicine, and communication.

Whether it’s Intel or someone else—multiple players will battle it out—these chips need to be efficient to prolong battery life and sturdy to weather diverse environments. And if they’re going to be pervasive, they need to be cheap.

Last year, the FDA approved a very simple chip the size of a grain of sand and powered by our digestive juices. Made by Proteus Digital Health, the chip will be embedded in pills and notify doctors that their patients are taking their medication. Earlier this year, Freescale announced their Kinetis KL02. It’s got the RAM of a 1976 Apple II—and 56 such chips would fit on a single computer keyboard key.

Various chipmakers competing for their slice of the space should drive innovation and bring prices down in the coming years. The ultimate result of which may be previously inanimate bits of infrastructure that can now talk to us and each other.

Intel’s Steve Brown says, “When I look out to 10 or 20 years from now, we are going to have meaningful amounts of computing at close to zero power or almost zero physical size. It lets you think about turning everything and anything into a computer—tables, chairs, clothes and even our bodies could become computers.”

He may be right. But if the pace is exponential, as we tend to think it is, Brown’s vision could well arrive sooner than a decade or two from now.