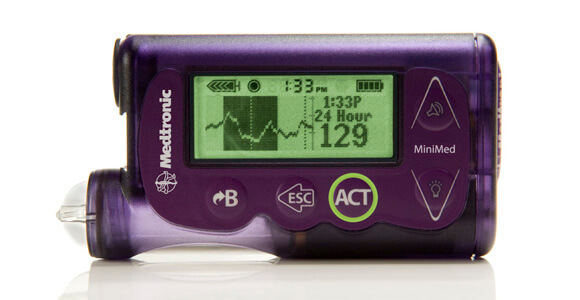 Diabetes has reached epidemic proportions in the United States and many other countries around the world. And unlike the more common acquired form of diabetes, the Type 1 form of the illness has neither prevention nor cure. Sufferers simply don’t produce insulin, the hormone excreted by the pancreas to process glucose in the body. Patients are stuck monitoring their blood sugar levels with pinpricks and injecting themselves with synthetic insulin.

The Food and Drug Administration recently issued its first-ever approval of an artificial pancreas that may make life easier and healthier for such patients. The device, made by Minneapolis-based Medtronics, relies on a computer algorithm to sync the results of a continuous reading of the wearer’s glucose levels with a pump that provides appropriate amounts of insulin.

Diabetics can currently get continuous glucose monitoring devices and insulin pumps, but the two are not connected.

Although the Medtronics device is called an artificial pancreas, it looks more like pager, which hooks over to the belt and attaches to a sensor that patients insert under the skin.

Its advantage is that it can automatically shut off the supply of insulin if the wearer’s glucose levels fall too low, which can lead to a diabetic coma. The device first alerts the wearer if blood sugar becomes dangerously low, but if s/he doesn’t respond, it shuts off the insulin supply for two hours. The sensor is also billed as more accurate, though still not as accurate as one might hope: Its false alarm rate is 33 percent, according to Medtronics.

Still, the connected monitor and pump setup has been some time in the making and may be the best way to treat diabetes in the absence of a  breakthrough. 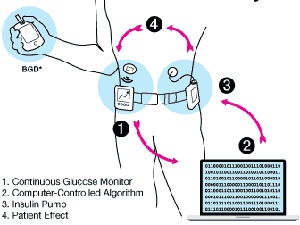 For patients it offers real improvements in quality of life.

“Wow, this is amazing. It says a couple of weeks from now it will be available. Wow! This is huge. No competitor is anywhere near this,” said Ami Eaton, a San Franciscan in her 30s who suffers from Type 1 diabetes. She uses a Medtron insulin pump, which allows her to set how much insulin to provide based on manual blood sugar readings.

Eaton explained that, for fear of passing out, she sometimes gives herself only a conservative amount of insulin, which at times leaves her blood sugar levels higher than her doctor would like.

Medtronic says it will begin selling the device, called the MiniMed 530G, in the next few weeks.

The company hopes its next model will be a “fully automated artificial pancreas” that requires almost no input from the wearer.