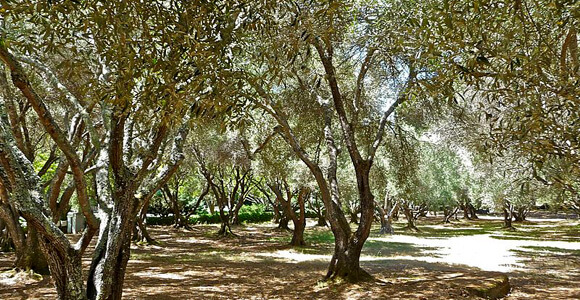 Medical uses of genetic technology are well received. But agricultural uses are a different story, generating controversy at every turn.

In the United States, where genetically modified strains dominate the most common crops, fights have turned to whether foods that contain those foods should have to be labeled. In Europe, strict rules have kept GM crops almost entirely out.

But the use of genetically modified insects presents a third use case, where public opinion remains unformed. Insects, generally modified not to be able to breed effectively, have been considered as a way to fight malaria. They are now being considered in Europe as a way to prune the population of olive fruit flies, a pest that threatens one of the continent’s most lucrative crops.

Olive fly infestation can make table olives unsellable and degrades the quality of olive oil. The bugs are increasingly resistant to pesticides.

The British company Oxitec has asked for permission to release in Spain bugs it has genetically engineered to sabotage their communities. If approved, it would be the first outdoor trial of a GM insect in the EU.

The Oxitec flies are males that, when they mate with the naturally occurring females, will pass on a gene that causes females to die as larva. Male offspring will survive and go on to pass the same deadly flaw on to the next generation of female flies. In this way, the company says, the population of the crop-ruining pests will be slashed.

In a 2012 study, Oxitec researchers were able to eliminate unmodified flies in less than two months. But the findings noted that “field confirmation is required.” That’s what Oxitec is hoping to get in Spain.

The experiment sounds relatively harmless since the genetically engineered fruit flies will, by design, die out. They are unlikely to escape human control. (That may sound like a dystopian fantasy out of a Margaret Atwood novel, but it happened earlier this year, when a long-banned strain of genetically modified wheat was found growing in Oregon.)

But the animals would die in the larval stage inside the olives. Left inside the fruit, they would likely end up in the food supply.

That prospect has sparked criticism from Europe’s anti-GMO community.

“Releasing Oxitec’s GM fruit flies is a deeply flawed approach to reducing numbers of these pests, because large numbers of their offspring will die as maggots in the fruit. Not only does this fail to protect the crop, millions of GM fruit fly maggots — most dead, but some alive — will enter the food chain where they could pose risks to human health and the environment,” Helen Wallace, the executive director of GeneWatch UK, said in a news release.

Oxitec emphasizes that its genetic approach would replace widespread use of pesticides.

“The Oxitec solution to insect pest control is the most environmentally friendly and sustainable form of pest control currently available,” the company claims.

But GeneWatch alleges that the modified flies might actually pass resistance, potentially inherited from the Greek flies that Oxitec modified, on to wild populations.

“European agriculture is facing some severe challenges. The burden of agricultural pests is ever present while the number of control approaches is shrinking in the face of insecticide resistance and de-registration of existing chemical treatments. To survive and prosper, European farming will need to evaluate and embrace new solutions and new technologies which are effective, sustainable and safe,” said CEO Hadyn Parry.

The burning question, then, is are genetic pesticide strategies new enough that they will do more than just initiate another round of problems like those industrial agriculture is facing now thanks to last generation’s innovations?

Update (Dec. 11): Oxitec has withdrawn its application in order to comply with a request for more research on the impacts the GM insect could have on its predators and and parasites. The company will conduct a feeding study using spiders and a parasitoid study using a parasitic wasp. It says it will re-file the application with those results “in a few months.”