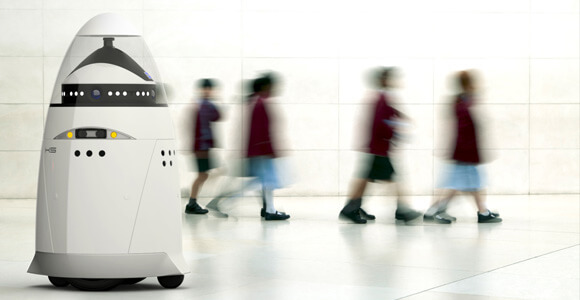 In the wake of the tragic shootings in Newtown, Connecticut, last December, many called for stricter gun control. Others called for better mental health care. Some called for more guns in the hands of teachers and school security officers.

“We founded Knightscope after what happened at Sandy Hook. You are never going to have an armed officer in every school,” William Santana Li, co-founder and CEO, told the New York Times. 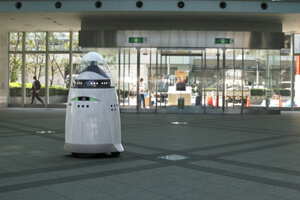 Knightscope’s K5 is a 5-foot-tall, 300-pound robot that patrols areas like school campuses. It avoids objects while following a pre-programmed route. It sees in the dark using infrared sensors, determines the speed of moving objects and records audio for later retrieval. The robot can compare license plates to a list of approved or hot-listed plates.

The data collected from the robot’s sensors is processed alongside business, government and crowd-sourced social data sets to set a threat level for each potential irregularity. The public information serves to confirm a problem or provide an alternate explanation. If it deems a situation a serious problem, the robot notifies the authorities.

While Knightscope designed the robot for use on school campuses, the technology works within any geo-fenced area and the company recently began marketing K5 as a security tool for corporate campuses, warehouses and even communities.

Privacy advocates have expressed concerns about a robot police force. A recent proposal to patrol an area on the border of Berkeley and Oakland, California, with a crowd-funded human security force raised similar concerns: Can private security be held to the same standards of privacy and evidence as public police?

Knightscope has responded to such criticism by opening up the K5’s sensor data whenever the machine sends an alarm. 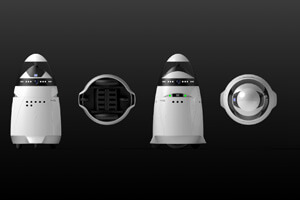 “This approach alleviates privacy concerns, engages the community on a social level to effectively crowdsource security and provides an important feedback loop for the predictive analytics engine,” the company asserts.

But does it? While video cameras are legal and commonplace on private property, audio recordings are not and K5 would open up those recorded conversations to its human overlords each time it generates an alert.

With growing number of companies are building robots to address security concerns, privacy concerns will need to be addressed, as they will with drones.

But Knightscope is being very clear that K5 is designed to assist, not replace, human security patrols.

“Tedious and monotonous monitoring should be handled by the K5, leaving ‘hands-on’ activities to security personnel,” the company recommends.

The company also emphasizes that human input will help steer the robot’s practices.

“Our long-term goal is to show that with a combination of hardware, software and community involvement we will, together, be able to cut crime by 50 percent in a geo-fenced area,” said Santana Li.