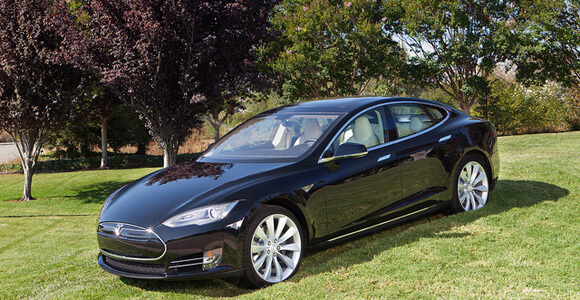 Sometimes a technological advance takes off all on its own: the iPhone, for example. And sometimes government and consumer groups have to beg companies to sell the innovative products they’ve shown they can make. The best example of that second case is the electric vehicle.

Sure, most companies now offer or will soon offer all or primarily electric vehicles: Nissan, Ford, Chevrolet, Honda, Toyota, Audi, BMW and, of course, Tesla. But EVs still make up a tiny fraction of cars on the road in the United States more than 15 years after GM first sold its infamous electric cars in California in 1996.

One major issue that has dogged the electric vehicle is the complexity of any answer to the simple question, Are EVs better for the environment than gasoline-powered cars? Many instinctively believe the answer is no, because the cars get their power from the electrical grid — which is, in turn, driven chiefly by coal and natural gas.

While that instinct may have been valid in decades past, it no longer is. American utilities have replaced much of the coal they once used with natural gas. The difference, while modest, is enough to tip the balance in favor of electric cars. And of course there’s growing use of renewable energy sources.

Electric vehicles are already the environmentally superior choice, according to the Union of Concerned Scientists, a nonprofit that supports scientifically sound cleaner energy policies.

“We looked at this question around emissions generated to charge electric vehicles versus emissions from gas vehicles, and what we found is that today no matter where you are in the country an EV produces less greenhouse gas emissions than the average compact gasoline car,” Don Anair, research and deputy director of UCS’s clean vehicles program, told Singularity Hub.

The issue of particulate pollution is even more complicated, but overall, the electric vehicles had a cleaner track record there, too, Anair said.

UCS claims that full adoption of the cars could reduce U.S. global warming pollution by four-fifths by 2050.

Because solar and wind power continue to become cheaper and better represented in the electrical supply chain, EVs continue to extend their advantage over gasoline-powered cars, experts told Singularity Hub.

“Now, with the cost competitiveness of solar and wind, geothermal and biomass, you’ve got a real mix of sources on the power side, and that’s a good thing,” said Todd Foley, the senior vice president of policy and government relations at the American Council on Renewable Energy, or ACORE.

A mix of energy sources also helps keep fuel prices down and avoid price spikes like those that plague drivers of conventional cars, Foley said.

“Charging your car, you’re taking advantage of that fuel mix. You have the portfolio approach which is important to put as much downward pressure on pricing as possible,” he said.

Automakers see lower fueling prices as an opportunity, particularly since EVs remain more expensive than conventional cars. (Their prices have fallen significantly, but none sells for less than $33,000.) Lower fuel costs allow companies like Tesla to present potential buyers with a better lifetime cost comparison. 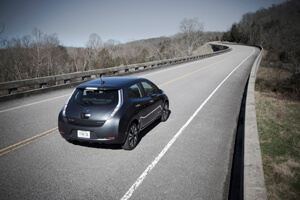 In a study done last year, UCS found that EV owners who charge their cars by plugging them in at home pay the equivalent of $1 per gallon of gasoline, saving between $750 and $1,200 a year in fuel costs.

It can cost $2,500 to configure home wiring to support the 220-volt charges most electric vehicles require. Tesla tacks that on to the cost of their vehicles, but BMW factors it in to the sticker price.

But the biggest barrier to widespread adoption is the distance the vehicles can travel without recharging. It’s an objection, however, that Anair batted aside.

“The average driving distance per day is 30 miles, and the vast majority of driving that people do is closest to their home. The functionality of these vehicles with current charging infrastructure can support a significant market. Charging will only expand that market,” he said.

ACORE’s Foley also indicated that there are enough consumers to make electric cars a go, even absent the on-the-go charging infrastructure that’s been slow to develop.

“There is the issue about mobility and needing to charge the cars up, but for a big part of the market these aren’t concerns. And that’s a sizable scale the industry can rise to for people who don’t have those issues,” he said.

“You’re going to see EVs fill the niche market of being the second [household] vehicle,” he told Singularity Hub. The first car will be the one that can handle “trips to see Grandma,” and the EV will be the commuting workhorse.

But Tesla, which, unlike most EV makers, doesn’t sell gas-powered cars, isn’t satisfied to play second fiddle. It is pushing to create a recharging network to allow even the most hardened road warriors use its sedans as their primary car. The company’s map of 20-minute supercharging stations open by 2014 may look a bit anemic, but by 2015 the company promises extensive coverage.

Other groups are building charging stations that take longer to operate, with more than 6,000 already up and running.

Technological advances have the potential to make charging stations unnecessary. Toll roads that offer inductive charging, cost-effective hydrogen fuel cells or battery-capacitor pairs could all accomplish that, according to Brace.

Of course EVs aren’t entirely without negative environmental impacts. Their manufacturing process, far less fine-tuned than that of conventional automobiles, involves toxic materials. But even a critical study confirmed that EVs were better overall and saw further improvements within reach. Companies are already developing ways to build vehicle batteries without using rare earth metals, for instance. And because the batteries make up a substantial part of the value and heft of the cars, they are diligently recycled.

Whether electric vehicles push out half of the gas-powered cars in the U.S. market or replace the entire conventional automotive infrastructure, it looks like neither GM nor anyone else could stop them now.