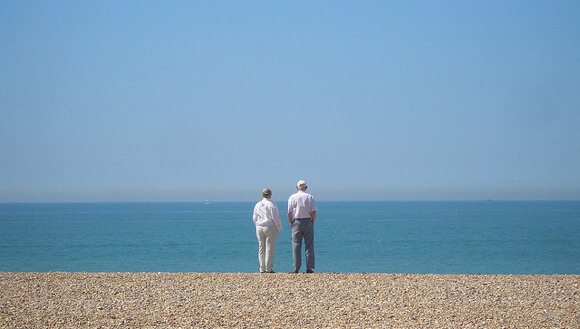 Occasionally, you hear tell of a hale hundred-year-old who drank and smoked their whole life—or the reverse, a health nut who fell prey to a killer disease at 40. Though diet and exercise influence health and longevity, they’re only part of the story.

The inherited, genetic drivers of aging and illness are still poorly understood. But that may change in coming years. Scientists believe the sorcerer’s stone is written in our DNA—we just have to mine the code.

To do this, researchers are studying the genomes of people who’ve lived the longest, healthiest lives. They hope that by comparing these folks to each other and to the general population, they can pinpoint genetic peculiarities the rest of us lack.

Such comparative genomic studies weren’t possible even a decade ago. Though Francis and Crick’s double helix celebrated its 60th anniversary this year, the first human genome wasn’t sequenced until 2003—after 16 years and nearly $3 billion.

Craig Venter and his team spent some $100 million on that first genome, but since then, expenses have decreased by several orders of magnitude. Today, scientists can rapidly sequence an entire human genome for under $5,000.

Lower costs are enabling the first truly rigorous genomic studies—that is, large scale trials comparing hundreds or thousands of genomes to one another.

And the more, the better. Sequencing a single genome is largely worthless. Figuring out which gene does what is very difficult. However, compare one genome and its physical expression (or phenotype) to another and you get clues.

For example, Joe and Jane have brown eyes, and they share genes X, Y, and Z. Any one of these could be the “brown eyes” gene—or all of them working together.

To further refine the search, researchers might compare people with brown eyes to those with blue eyes. Joe and Jane share Y and Z with blue-eyed Jimmy, but Jimmy’s genome lacks gene X. Might gene X be our “brown-eyes” gene? Sure. Maybe.

Such genes of interest are called associated genes, and once pinpointed, scientists can kickstart an empirical process to prove whether they are related to the studied trait.

This is, of course, a simplified example of a very involved process. Most studies look at the complex genetic underpinnings of disease using powerful computers and clever software to compare thousands of individual genomes.

And then there’s the question of longevity. Why some people live long lives without ever developing a serious disease or losing their mental faculties is of great interest. We all grow old. Our bodies fall into disrepair. If we can ease the suffering, why wouldn’t we?

Scripps’ Wellderly Study is one of the longest running genomic studies out there and was one of the first to focus on healthy elderly folks—or the “wellderly.” Captained by Dr. Eric Topol, the study’s 1,350 participants are over 80 with no chronic disease or need for regular medication.

The Supercentenarian Research Study narrows the population to humans over 110. These special individuals tend to show resistance to age-related diseases like Alzheimer’s, Parkinson’s, and cancer.

Jeanne Calment ate two pounds of chocolate a week, smoked for a century, and drank until the year before she died at the venerable age of 122.

How was she able to live so long and enjoy so many “sins?” Good genes.

The older an individual gets without developing an age-related disease, the more likely the contributing factors are genetic. Supercentenarian siblings are 17 times more likely to reach 100 than the general population. Scientists think these rare humans may have genes protecting them from illnesses brought on by old age.

The Archon Genomics X Prize was focused on lowering the cost and increasing the speed and accuracy of genomic sequencing. Though the prize was cancelled this summer, organizers obtained genetic samples from 100 centenarians, will sequence the genomes with their partners, and place the information in a “public data forum.”

Altogether, there’s reason to be cautiously optimistic such genomic studies will bear fruit. But genetic sleuths need more than a touch of Sherlock Holmes to unravel the clues. It’s a devilishly complex dance of genes, expression, and environment.

Giuseppe Passarino, a geneticist at Italy’s University of Calabria, described the problem to National Geographic.

“It’s not that there are good genes and bad genes. It’s certain genes at certain times. And in the end, genes probably account for only 25 percent of longevity. It’s the environment too, but that doesn’t explain all of it either. And don’t forget chance.”

Even so, it’s a mystery worth investigating. In the last century we’ve added decades to our lives, but not necessarily healthy decades. Hopefully, genomics will complement extended lifespans with longer “healthspans.”