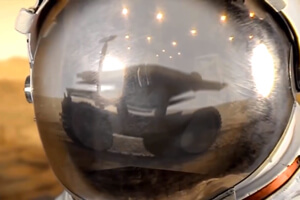 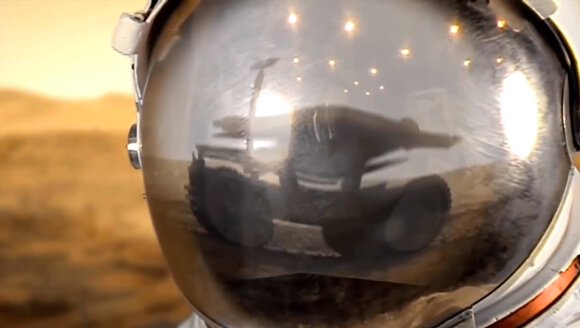 Mars One kicked up a little Martian dust in 2013.

First, the private organization announced they would colonize the Red Planet by 2023 and fund the mission, in part, by making a television show about their space adventures. Then they took some 200,000 applications from would-be astronauts (with no required qualifications) for a one-way ticket to Mars.

If you’re disappointed that human beings haven’t flown beyond the Moon—then all this bold Mars talk is inspiring. But talk is cheap. Now, comes the costly part.

Mars One needs to figure out how to build permanent Mars habitats. They need to send these habitats to Mars and assemble them with largely autonomous robots. And finally, they need to shuttle men and women to the Red Planet. 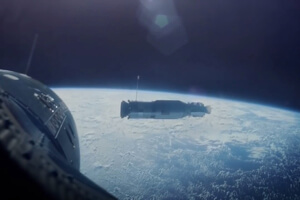 All this is to be achieved in a little over a decade by an organization with no launches or space flights to its name. The project has its skeptics.

It’s therefore significant that Mars One recently announced Lockheed Martin is working on a mission concept study for a 2018 Mars lander based on their 2007 Phoenix lander.

Lockheed has decades of Mars experience. Martin Marietta built the two landers for the 1976 Viking mission to Mars, and since then, Lockheed Martin has assembled and launched a succession of Mars orbiters and landers.

Mars One also contracted aerospace firm, SSTL, to develop a mission concept study for a Mars orbiter that will act as relay station between Earth and the lander.

The two studies will cost $250,000 and $80,000 respectively. Together, the lander and satellite will demonstrate technologies for later missions. But to be clear, neither firm has yet been contracted to build anything. That will take significantly more cash.

To get the funding ball rolling, Mars One also recently launched a $400,000 Indiegogo campaign. Mars One says they hope the campaign will “show [their] partners and sponsors that the world is ready for this to happen.”

The campaign is moving along at a moderate pace but has yet to go viral in any way. Compare that to other recent crowdfunded space projects, like Planetary Resources’ Arkyd space telescope Kickstarter, which easily met its $1 million goal and a few stretch goals to boot. One seems eminently achievable, the other less so.

But it’s early. There’s plenty of time to swap contributions for hoodies, t-shirts, posters, and VIP access to Mars One events, like the 2018 launch party—or, taking a page from Planetary Resources, to order a space selfie from Mars orbit. 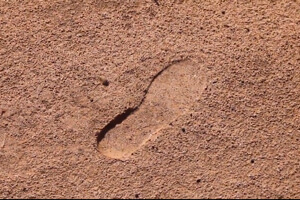 So, is Mars One little more than a publicity stunt? Or, never mind landing men and women on Mars, will they at least progress towards that goal?

A private organization sending a spacecraft to Mars in 2018 would be an incredible achievement.

Given the right team and significant funding, it isn’t impossible. NASA went from no experience to walking on the Moon in roughly a decade. And Mars One can draw on fifty years of space technologies, vastly more powerful, cheaper computers, and increasingly cheaper launches.

That said,  President Kennedy wrote what amounted to a blank check and recruited some of the brightest minds in the country to make Apollo 11 happen.

Mars One will need to bring in some revenue from its television event and attract funds from donors and enthusiasts. The organization estimates they’ll need some $6 billion. And there are those who think that is a vast underestimate.

For a startup, no matter how hot, that simply doesn’t happen. But for a cause people are passionate about? Maybe. This first mission is, therefore, critical for the organization. If they can raise enough cash, and work with Lockheed and SSTL to make the mission successful, it would improve their credibility. More investment might come pouring in.

If it fizzles, well, the whole thing potentially fizzles. And already, the reality of the situation seems to be settling in.

Whereas Mars One targeted their first mission for 2016 and a human mission for 2023, they recently pushed that timeframe back two years to 2018 and 2025—before anything has been built, launched, or even really planned.

The smart money’s still on Elon Musk and SpaceX to get to Mars first. Musk says it was dreams of Mars that drove him into space technologies in the first place. But we’d love to see multiple private missions to the Moon, Mars, and beyond.