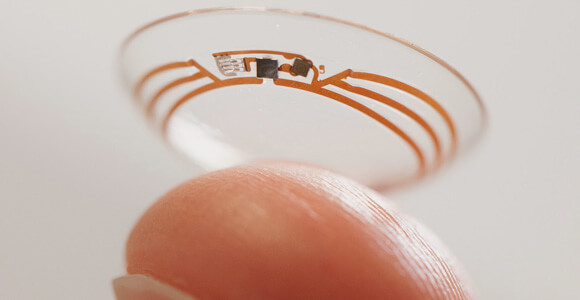 When Larry Page took the stage at Google’s big developer’s conference last June and talked about the power of technology to change peoples lives and encouraging his company to take more “moon shots” to realize that power, most read his words as boilerplate corporate cheerleading for a company that was fighting legal battles on both sides of the Atlantic. In retrospect, it looks like Page was prepping the company’s watchers for its subsequent forays into robotics, home automation and med-tech.

In recent weeks, Google said it would acquire Nest — whose signature product is an Internet-connected, self-adjusting thermostat — before venturing even farther afield with its development of glucose-measuring contact lenses for diabetics.

“We’ve always said that we’d seek out projects that seem a bit speculative or strange,” Google said in its announcement.

Specifically, the company’s Google X division plans to license a “tiny wireless chip and miniaturized glucose sensor that are embedded between two layers of soft contact lens material” that can take a glucose measurement once every minute. The chip will eventually connect, most likely through Bluetooth, to an LED alarm that would tell the wearer when blood sugar dips dangerously low.

Such frequent monitoring is impossible with the pinprick method that’s currently the go-to method for most diabetics. (An artificial pancreas can take continuous glucose readings for several days with a single prick.)

Google says it will “look for partners who are experts in bringing products like this to market. These partners will use our technology for a smart contact lens and develop apps that would make the measurements available to the wearer and their doctor.” The contacts still face a battery of clinical trials before becoming eligible for FDA approval. 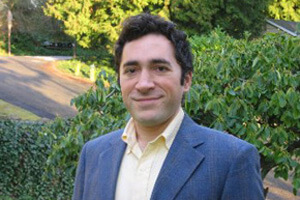 The lenses were developed by University of Washington electrical engineers Brian Otis and Babak Parviz. Parvis focuses on low-cost bio-sensors, while Otis focuses on the miniaturization of chips and “the interface between electronics and the outside world” (about which more in a minute).

Brian Blau, a research director at Gartner, saw Google’s moves of late as a multi-pronged effort to move toward the same “connected-everything” world that Intel is also reaching for with its tiny computer, Edison.

“You have to assume then that these acquisitions, plus their own internal and organic efforts, are all an attempt to jump out in front of the industry moving towards devices and apps and services that are smaller, can detect and sense some type of data, and then have an ability to take that data and turn that into actionable advice or recommendations,” Blau told Singularity Hub.

Still, it’s hard not to notice a connection between Google’s smart eyeglasses, Glass, and these smart contact lenses — particularly given Otis’s interest in “the interface between electronics the outside world.” Could Google be eyeing contact lenses as a major upgrade to Glass?

“If Google actually releases this product, they will probably gain insights into how electronic contact lenses work in the mass market, and that would be valuable info for the company,” Blau said.

Blau noted that the glucose-monitoring contacts don’t at present have any display, which would limit their usefulness as a beta test for a new model of Glass.

In other words, when it comes to how microchip and sensor technology will be used in coming years, Google is thinking bigger than just wearable computers.