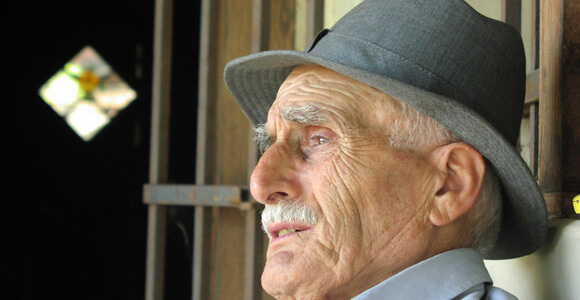 As people age, they become less able to bounce back from injuries — a problem that adds risk to many of the common medical procedures the elderly face. At the same time, stem cells’ greatest promise is to allow people to produce new, healthy tissue to recover from illness or injury. But because stem cell therapies remain cutting edge, they have largely been used to target life-threatening problems such as heart failure.

Stanford’s Helen Blau, director of the Baxter Laboratory for Stem Cell Biology, studies a more banal, but also more ubiquitous, use of stem cells in the body: helping muscles repair themselves. The lab’s most recent findings suggest that stem cell therapy could be used to help older patients recover from muscular injuries, for example from falls, or perhaps even weakness following surgery.

At a biological level, the stem cells that repair muscle damage lose their ability with age to generate new muscle fibers. But the older stem cells can be spurred to function like younger cells.

Studying stem cells from elderly mice, Blau’s team found that the environment inside the muscle becomes less conducive for stem cells and the cells themselves become less productive as the mice age.

A biological process called the p38 MAP kinase pathway, which cues stem cells to become muscle progenitor cells, seemed to account for the older stem cells’ diminished productivity. So the researchers administered a drug to safeguard the cells against that process and then allowed them to proliferate in a gooey hydrogel base.

When these stem cells were re-introduced into the elderly mice, the animals became stronger.

“We were able to show that transplantation of the old treated muscle stem cell population repaired the damage and restored strength to injured muscles of old mice. Two months after transplantation, these muscles exhibited forces equivalent to young, uninjured muscles. This was the most encouraging finding of all,” said Benjamin Cosgrove, a post-doc in Blau’s lab who is a co-author of the recent study published in Nature Medicine.

The same basic process could lay the groundwork for helping human patients heal after surgery or an injury.

“This really opens a whole new avenue to enhance the repair of specific muscles in the elderly, especially after an injury. Our data pave the way for such a stem cell therapy,” Blau said.

Other recent work in stem cell therapy has similarly looked for ways the cells could improve functioning of existing organs, rather than building replacements through regenerative medicine. For instance, one recent study suggested that the cells may be able to kick-start insulin-making in pancreas in Type-1 diabetics by replacing Beta cells. These approaches may lack the heroics of organs grown in the lab, but they’re likely to reach the clinic long before replacement organs are available.