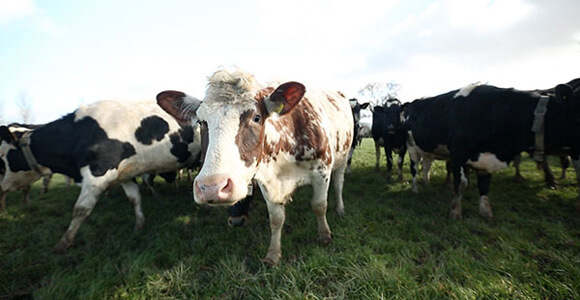 The Internet of Things is a vision of a world in which most objects are connected, transmitting updates about their performance so the people who use them can learn to do so more intelligently.

So far, commonly connected objects include household appliances, electrical meters, big industrial equipment and, increasingly, cattle. That’s right, cows are being incorporated into the Internet of Things via collars that allow farmers to monitor their heat cycles in real time.

A Wi-Fi-connected collar called Silent Herdsman monitors the cow’s movements to determine, with the help of artificial intelligence software, when she is in heat. (Another device, called MooMonitor, offers many of the same features but provides cruder intelligence, leaving more to farmers to interpret.)

It may sound absurd, but the name of the game in milk production is impregnating cows as soon as possible after they’ve had their last calf. Missing a cycle means lost sales of about 5 gallons of milk a day, costing about €230 ($315) per cycle. And since nearly all cows are artificially inseminated, failed attempts to impregnate a cow also come with a price tag.

Yet heat can be difficult to detect. According to an agricultural website, “The most reliable sign a cow is in heat is standing to be mounted by a herd mate. Each stand lasts only 4 to 6 seconds. Cows average about 1½ mounts per hour and are in heat 6-8 hours.” Farmers grumble that sometimes those precious hours occur in the middle of the night.

Thus does agriculture, the oldest trade, benefit from an uber-modern vision of productivity.

As farmer Ian Smith explained in a product video, “It’s a management tool … Farms have become larger and it’s nigh on impossible to spend the delicate amount of time required for heat detection for a herd.”

With its origins in Glasgow, Scotland, the Silent Herdsman collar is rugged enough to survive harsh conditions and, unlike current technologies, it continues to work even when the cow is grazing far away from the barn. 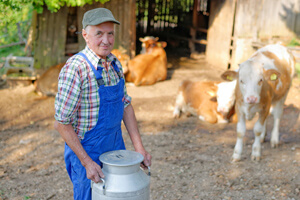 Battery power has often presented a hurdle to adoption for always-connected devices, and cows are no exception. But Silent Herdsman has gotten the staying power up to three years by syncing a cow’s data with monitoring software each time it enters a designated receiving area — a barn or a particular field.

It’s compelling to see uses for the Internet of Things come from so far afield. And since the promise is that Internet technology can streamline as many occupations and objects as there are in the world, it may well not be the GEs and Silicon Valley startups of the world that drive adoption of the Internet of Things. It may be tradesmen looking for a way to save industries whose profit margins have been shaved in the modern economy.