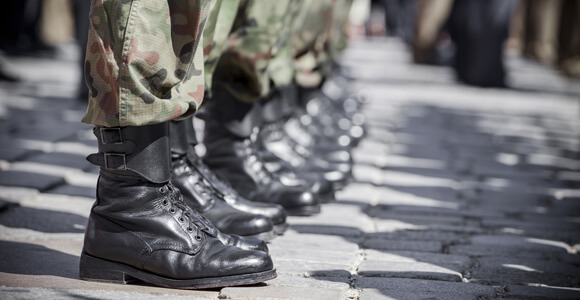 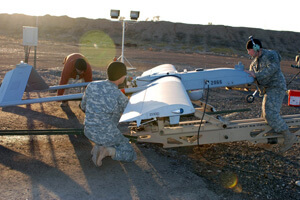 Flying internet
Several big internet players are looking for ways to expand internet infrastructure, whether to do good in the world or to expand their customer base or some combination thereof. Well, the original inventor of the internet, the U.S. military, is in on this game, too. It’s probably no surprise that the military is using drones to carry the equipment. High-frequency radio waves send a gigabyte-per-second connection down to troops below.

Stop the bleeding
A few months ago, Singularity Hub covered an injection of tiny sponges that can stop bleeding from a gunshot wound in a matter of seconds. The product, XStat, was poised to get approval from the FDA. It recently got the agency’s thumbs-up for use in military settings. 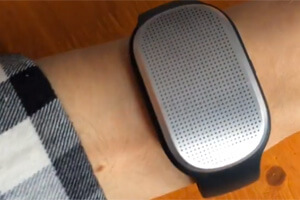 Does this smartwatch make me look fat?
Wrist-worn health tracking devices are very popular despite the fact that none has yet figured out how to do what users most want: count calories. Most track the calories the user burns, but output data without input data is not really that useful. If there was any doubt about how much consumers want a calorie-counting device, we point you to the case of GoBe. The company’s Indiegogo campaign has racked up nearly $1 million in pre-sales, despite more than one early warning that the technology to measure caloric intake just isn’t there yet. The same doubts had emerged in response to similar claims from Airo late last year. Now it appears that GoBe didn’t just oversell its product, as Airo did, but may have stepped over the line into outright fraud.

Is that a robot in your belly?
Let’s be honest: There are a lot of big obstacles to clear before colonies on Mars or the Moon are possible. But today’s astronauts, even with shorter missions, can get injured in space, and University of Nebraska researchers are proposing a surgical robot to patch up the space travelers. In zero gravity, blood can simply fly out of the patient’s body, so the space surgeon is designed to enter inside the body through a small belly-button incision. It inflates the abdominal cavity with inert gas to give it room to work and, with two arms arrayed with surgical tools, it can perforate gastric ulcers, cauterize and stitch wounds, or even do an emergency appendectomy. Like other surgical robots, this one is run by a human operator. Unlike others, it has to work in zero gravity. Surgeon and robot will get a test run in a zero-G simulation in a few weeks.