Google Glass is crazy fun, but don’t worry if you missed your chance to buy a pair on Tuesday, when it went on sale to the public for $1,500.

While the current generation of Google Glass is doomed to become a clunky eBay collectible, it’s nonetheless a leading indicator of a vast wearables revolution poised to sweep into our lives.

That is, if it can get past some hurdles as we speak. There’s been anti-tech backlash against Google Glass. Not everyone is down with it — for reasons such as privacy — but when these challenges are overcome then we’re in for some interesting times.

Simply put, the information revolution is moving from personal to intimate.

It is just the latest chapter in a long trend that began in the 1980s when computers arrived on our desktops. Then in the 1990s, the gizmos shrank into laptops and disappeared into our backpacks and briefcases.

With the arrival of smartphones a decade ago, our computers now fit into a pocket, becoming constant companions. At each stage of this evolution, our devices insinuated themselves ever deeper into our lives, performing ever more essential tasks and becoming ever more important info-companions.

Now our devices are poised to disappear. They will disappear into our lives as small, absolutely essential tools that we will notice only when we lose them.

Info-glasses today are like PCs in 1984 — they look cool but perform a few functions that aren’t all that useful, such as taking pictures or surfing the Web while sitting in a bar with friends. But just as PCs quickly became vastly more useful than mere word processors, new info-glass apps will allow us to perform more essential tasks.

Professionals from surgeons to surveyors are already prototyping apps that help them work in smarter ways. On the personal front, imagine an app that uses face recognition to tell you the name of the acquaintance walking toward you and your spouse at a cocktail party, sparing everyone the embarrassment of a fumbled introduction.

This is just one example of what is coming. Just as we have been surprised by search and social media, we are certain to be astonished by the capabilities of the device sitting on the bridge of our nose.

The scale of surprise is certain to be huge because info-glasses are just one of a zoo of wearable devices that are coming into our lives. Health-centered devices such as the Fitbit are already wrapping themselves around our wrists, competing for space with a new generation of smart watches.

Other devices will live in our pockets and eventually will be woven into the fabric of the clothes we wear. Some devices are destined to become yet more intimate, living under our skin. Some will be serious medical devices. Others will be for sheer whimsy — imagine a subdermal display that is in effect a changeable electronic tattoo. Hobbyist hackers today can buy an implantable RFID chip kit complete with injector for less than $100. Implant it in your hand and use it to talk with electronic door locks.

All of these devices will communicate with each other and info-glass successors to Google Glass are likely to become an important control panel for communication between wearables and their human owners. Bicyclists will use info-glasses as a heads-up display for everything from road speed and map route to heart rate and glucose levels.

Our new wearables will, with very few exceptions, also be in constant communication with cyberspace and real-time information systems. Parents who are out to dinner will be able to discretely listen in on the baby monitor back home or view streaming video off a bedroom webcam.

The arrival of Google Glass has resulted in a debate over where and when info-glasses can be worn. Just like similar debates over pagers, cell phones and smartphones in years past, wearables will likely be everywhere.

Besides, unlike smartphones, info-glass hardware is going to quickly shrink into near-invisibility. Within a few years, smart glasses will be indistinguishable from an ordinary pair of vintage 2014 specs.

And after that? How about info-contact lens that can check your vital signs?

And privacy? Forget about it. We are destined to become like tagged bears, constantly tracked, but too addicted to the data stream to switch our intimate devices off. 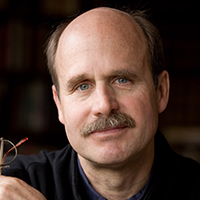 Paul Saffohttp://www.saffo.com/
Paul is a Silicon Valley-based forecaster with over three decades experience helping corporate and governmental clients understand and respond to the dynamics of large-scale, long-term change. He teaches at Stanford, where he is a Consulting Associate Professor in the School of Engineering, and a Distinguished Visiting Scholar in the Stanford Media-X network. Paul is also a non-resident Senior Fellow at the Atlantic Council, a Fellow of the Royal Swedish Academy of Engineering Sciences, and serves on the boards of the Long Now Foundation, and the Bay Area Council Economic Institute. Previously, Paul was the founding chair of the Samsung Science Board, and a member of the AT&T Technical Advisory Board. His essays have appeared in a wide range of publications including The Harvard Business Review, Foreign Policy, Fortune, Wired, The Los Angeles Times, Newsweek, The New York Times and the Washington Post. Paul holds degrees from Harvard College, Cambridge University, and Stanford University.
RELATED