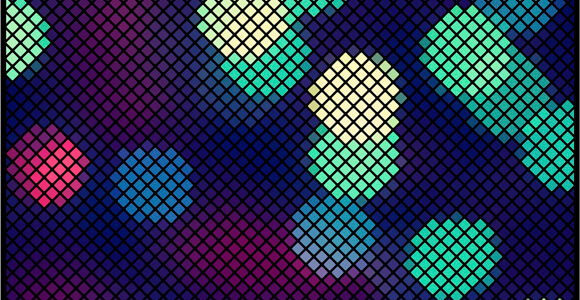 Disney is taking animation into three-dimensions to restore its ability to wow audiences. A research team affiliated with the company recently presented a swarm of 75 watch-sized robots whose colors and formations can be controlled with a drawing app.

Each robot corresponds to a graphical pixel, and as a human user draws shapes using an app, the swarm assumes the shapes. The motion is easier on the eye than some robotic displays because the pixels organize quickly and don’t oscillate once in place. The robots avoid collisions thanks to a distributed controller.

“We use the swarm to make representational images and animated movies,” the researchers explain on the project’s website. “Viewers react in an entirely different way than looking at a screen – our experience has been that people judge the robots to have personality, literally bringing emotion into the picture.”

The robots respond not just to drawn shapes but also to gestures.

The team recently showed off the swarm at a Human-Robot Interaction conference in Germany, and filmed by New Scientist.

The light-hearted use of these robots belies the importance of what they achieve. Swarms of robots offer as much functionality, or more, as a single more sizable droid. And maintenance costs less.

Getting a swarm of robots to move usefully together is a much bigger math problem than navigating a single robot. To achieve maximum productivity, they shouldn’t move in lockstep but in more complicated cooperative ways. 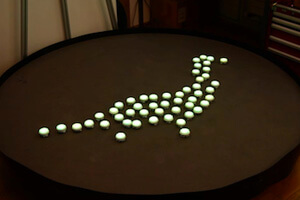 Robotics firms have shown off a number of solutions to the problem in robots with a number of different movement parameters. In one case, the robots mimicked termites; in another, they emulated moving water.

Disney has set up a fairly straightforward system of simultaneous motion. Whenever the human controller wants to move the robots, each animated pixels registers its position; then it computes an ideal path and velocity to its new destination. The robot then checks with its mates for potential collisions with its path and modifies it only as much as necessary, giving the motion the smoothness one might expect from the world’s master animators.

Admittedly, it’s easier to get a robot to relocate than have it perform a complicated task, like building a structure or gardening. But Disney is looking to entertain, and it’s fascinating to see the company eying robot swarms to do it.