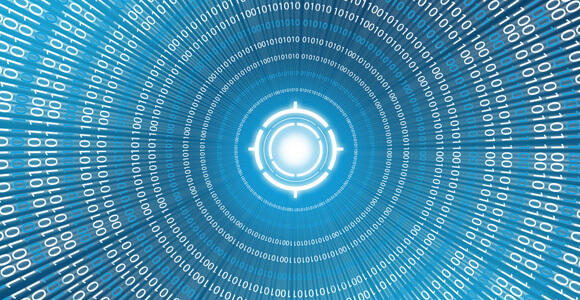 The vision driving the Internet of Things is one of a world where the car tells you it needs a new belt, the iron notifies you it’s been on for a while and allows you to turn it off remotely. A cow might also let a farmer know that she’s in heat and should be artificially inseminated ASAP.

In other words, the Internet of Things empowers things to tell users how best to use them, whatever that means in a particular industry.

While that connected world continues to grow, its adoption is progressing much more slowly than that of, say, smartphones. The trouble may go back to Steve Jobs’s famous talking point: The Internet of Things lacks a common platform that “just works” the way the iPhone did. 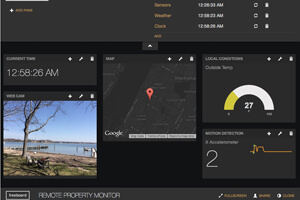 As a user, I can keep track of my electricity usage using my Nest thermostat, for example. But if I want to automate other gizmos based on that information, I have to do so manually. Those with programming and hardware expertise could potentially create automated interactions between open-source IoT gadgets, but, again as the iPhone shows, making something easier expands the user base and attracts more apps, which, in turn, further expand the user base.

“Developing applications for the ‘Internet of Things’ is far too complicated. In most cases, it requires very specialized (i.e. expensive) skills sets, in both hardware and software, to get even the most rudimentary prototypes up and running. We’re determined to change that,” the company said in a blog post announcing Freeboard.

Dweet is open-source software that allows any connected device to “tweet” its relevant information: location, sensor readings, photographs, etc. With just a simple tap in a web browser, you can connect your smartphone to the Internet of Things and access the information it’s publishing. (An additional tap takes it offline.)

Freeboard draws from that data, or data from any other web-based source, and allows developers to put it to use in interactive user interfaces. If Dweet is Twitter, Freeboard is WordPress for the Internet of Things: In 10 minutes you’ve got your own interface up and running, importing device information from Dweet. 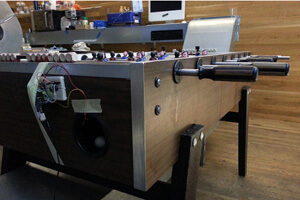 Bugs Labs hosts the data, and free users will post it to the Web for anyone who knows the device’s name to see, but those who opt for a premium subscription can keep the data to themselves.

Some of the early uses are what you’d expect: a small-batch distillery has connected a still to monitor its work; a house shows temperature and noise level; a camera and motion detector keep tabs on a remote bit of real estate.

But another project suggests how quickly IoT technology could become part of everyday life given the right easy-to-use interoperable pieces. Why stop at having a bike tell you how fast it’s going or what the temperature is when you could employ urban short-term rental bikes as a mobile fleet of air quality sensors? The data wirelessly fed back from the bikes could give city officials real-time air quality data specific to neighborhood.

And that’s not even to mention the Foosball table that keeps score for itself with an Arduino computer in the goal bay. It might not be your thing anymore than artificially inseminating cows, but it’s all wide-open possibility with a user-friendly Internet of Things.