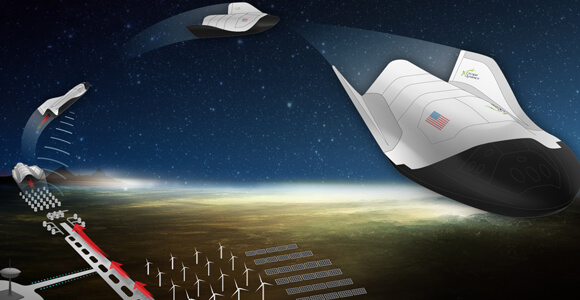 Right there in the grainy films of the first successful guided missile launches — achieved, alas, by the Nazis at the height of World War II — you see it: The million-dollar first-stage launch rocket falls back to ground just as the missile takes off. The massive expense of single-use equipment was written into the history of space flight even before we reached space.

NASA’s 1980s space shuttle represented an historic accomplishment as the first spacecraft to land from one mission and go out on another, but its launches also relied on one-use rocket launchers that fell away just as they had decades before.

Recently, SpaceX has gained enormous renown by promising to reuse the rockets as well. “If we become the biggest launch company in the world, making money hand over fist, but we’re still not reusable, I will consider us to have failed,” CEO Elon Musk has said in typical bombastic fashion. 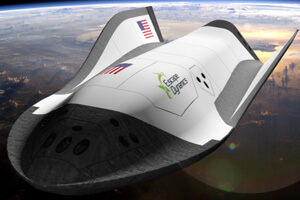 There’s a lesser-known company quietly at work at a private airport in Broomfield, Colorado, with an even bolder aspiration. Escape Dynamics is proposing that we do away with fiery rockets altogether in order to make a much more dramatic attack on the exorbitant cost of space flight.

“We want to look at a next-gen technology, not an improvement on chemical combustion, to drive a 10x change in the way we access Earth’s orbit,” said Dmitriy Tseliakhovich, reflecting some of the language he picked up as an admirer of Peter Diamandis and an alum of Singularity University’s Graduate Studies Program.

“Chemical propulsion simply does not allow for a small and simple launch vehicle. There is a fundamental physical limit on how efficient chemical rockets can become,” Tseliakhovich had concluded by 2010, when he launched Escape Dynamics. About 2 percent of the weight of a vehicle launched today is payload, Tseliakhovich says.

Escape Dynamics would propel spacecraft with energy transmitted in a microwave beam that tracks the vehicle’s ascent trajectory. The energy, caught with an antenna, would run through a heat exchanger before being pushed out of a thruster. Tseliakhovich first sketched out the method as part of the Ph.D. in astrophysics he received from Caltech in 2010.

If it all works out, it would mean that spacecraft themselves would be far simpler vehicles, within the budgets, perhaps, of private companies. Takeoff costs would also be much lower without the extra weight of first-stage rockets and the fuel to power them. Space travel would lighten its carbon footprint substantially, just as people gear up to do more of it.

But it’s an ambitious undertaking, something even its optimistic founder has to admit.

“We believe on the basis of our in-house technology development that we can make it more affordable, but with any new technology it is a long, expensive and complicated business proposition,” said Tseliakhovich. 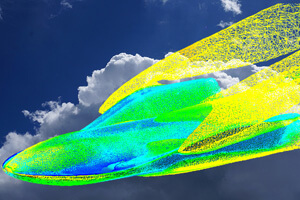 He had us imagine an “airport-like operation,” with Escape Dynamics’ sleek shuttles busily coming and going. The shuttles could also help other companies deploy swarms of telecommunications satellites to launch their smaller payloads.

“But what really excites me,” Tseliakhovich said, “is building a low-earth orbiter station where companies and individuals would be able to access and work on developing businesses that utilize zero-gravity to develop new ideas.” Materials science and medicine could benefit from a zero-gravity research environment, he said.

This summer, the company plans will emerge from the 30,000 square-foot hangar where it has done most of its work to date to start testing its propulsion methods over long distances.