Neurogames are Ready to Take Flight — Expect a Breakout Year Ahead 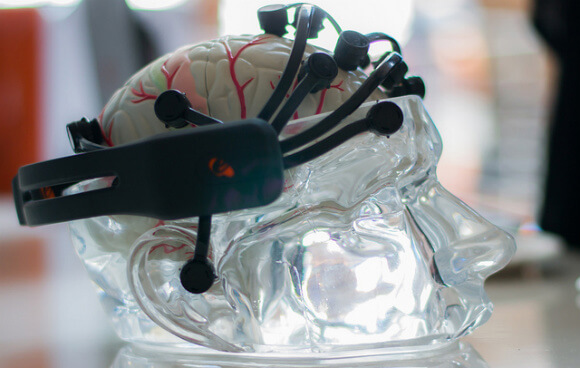 In just three words, Palmer Luckey of OculusVR fame, perfectly summarized not only where virtual reality stands, but perhaps the entire neurogaming industry. Luckey was on hand to present with other industry leaders for the 2nd edition of the NeuroGaming Conference, an annual event in San Francisco. Last year’s conference signaled the birth of an industry segment that should forever replace traditional gaming as we’ve known it. Sales of videogames for casual gamers are in decline, but a new and ultimately more meaningful form of gaming has already taken shape to replace them.

But what are neurogames exactly?

Zack Lynch, the conference organizer, describes them as “a collection of technologies that incorporate your full nervous system into gameplay.” Specifically, that could include wearable devices like EEG headsets and heart-rate monitors along with biofeedback platforms to do things like eye tracking and brain wave sensing. Add these inputs to platforms like virtual and augmented reality, and developers now have the opportunity to create fully immersive experiences that were never before possible.

PrioVR, one of the most exciting new technologies on hand for demonstration, showcases just how much has changed this year. The company recently completed a successful Kickstarter campaign and plans to ship to backers this fall. The system, fully compatible with devices like the Oculus Rift, comprises a full body-tracking suit, which allows the gamer to move around inside a virtual world.

Imagine playing a round of golf at the Masters’ Augusta National. Now imagine doing that in your bedroom wearing footed pajamas.

Like everything Moore’s Law, it’s been the miniaturization of the components that has driven the industry forward this year. PrioVR isn’t an awkward system of clunky equipment, but rather a few sensors placed on key parts of your body. As hardware costs continue to free-fall, expect more technology integration going forward.

CastAR, another Kickstarter that made the elite millionaires club, combines true virtual reality with augmented reality, to create what they call “projected reality.” Their device creates 3D holographic projections right in front of you (much like the famous holographic chess scene from Star Wars).

Perhaps the most intriguing example of integration is the work of Neuroelectrics out of Barcelona. Ana Maiques, Neuroelectrics CEO, had the crowd salivating over the Starstim tCS stimulator that has been designed for use with the Oculus Rift. If you’re not already familiar with the growing body of research around tCS, you may want to brush up on the subject before reading on. The prospect of virtual reality training with the cognitive boost of tCS, could create armies of experts in no time. A pajama clad bedroom golfer, might perfect that golf swing in half the time! On a more meaningful level, this could accelerate learning in incredible ways.

Given how quickly we’ll need to retrain our workforce in the future, this could have serious implications for the future of training and development.

Currently, Starstim is going through regulatory review and is available for research purposes only. This highlights a growing distinction between casual neurogames, and those being developed with clinical interventions in mind. 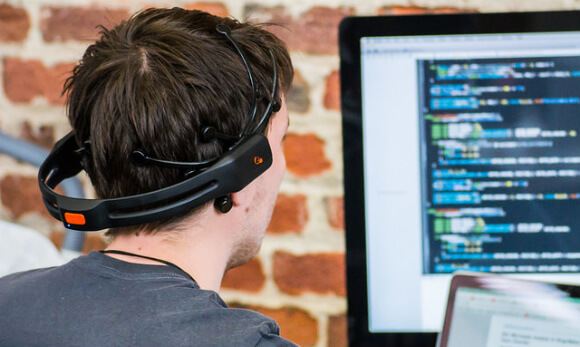 Already, a number of neurogames are being prescribed as therapies to treat issues like PTSD, ADHD, and other cognitive and behavioral issues. We’re not terribly far away from a world in which devices like Melon might replace today’s pharmaceuticals to treat depression. Their headband device monitors a user’s brainwave activity and coaches them to enhance focus and relaxation.

No medicine comes without some side effects. While it’s true that neurogames offer new ways of treating debilitating psychological conditions, there are growing sets of ethical concerns that remain. We’re only a few hardware upgrades away from google glass like devices capable of measuring your mood in real time. No one is quite sure if thought-based advertising that might respond directly to your emotional state is a good idea. Additionally, all of these devices will be recording and storing our emotional data. Where it’s stored, who owns the data, and who has access should pose some debate going forward.

Ethical issues aside, it’s clear from the conference, that the entire industry is ready to pop. When that happens and who fires the first shot is anybody’s guess. Of course, following their $2B acquisition by Facebook in March, Vegas odds are on OculusVR to lead the way. For now, an ever-growing army of charitable Kickstarter backers and early adopters will continue to carry the industry over the chasm and into mainstream society. Neurogames are coming, and when they do, the world won’t quite be the same.