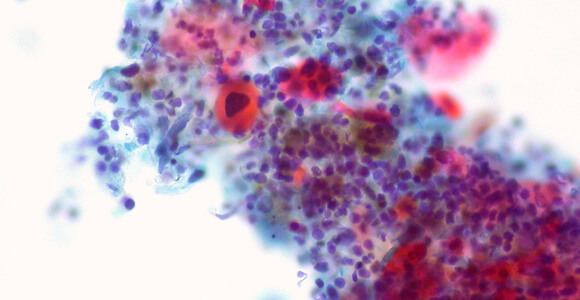 The conventional wisdom has it that there’s no silver bullet for treating cancer; the disease simply has too many forms for a one-size-fits-all solution. But there may be, if a recent pre-clinical animal study holds true in humans, a gold bullet.

The findings come from cell biologist Dmitri Lapotko, who leads a Rice University lab called The Nanobubble Lab. Lapotko has found that when colloidal gold nanoparticles inside the body meet with a quick zap from a near-infrared laser, they burst and create a short-lived bubble that can blow up the cells around it. 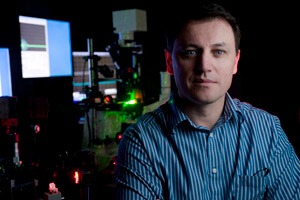 These hollow nanoparticles could be the golden bullet to target cancer. In a newly published study focused on notoriously hard-to-treat head and neck cancers, the conventional cocktail of chemotherapy and radiation was 17 times more potent when combined with nanoshells tagged with cancer-specific antibodies that cause them to cluster inside cancer cells.

Here’s what happened. The bubbles first blew up many of the cancer cells. Those that remained got another payload from the nanoparticles: chemotherapy drugs. With cell membranes damaged by the micro-explosion, the pharmaceutical payloads went directly into the cell cytoplasm. The remaining particles, clustered in the cancerous area, also served to magnify the X-rays delivering radiation.

The method proved so deadly against head and neck squamous cell carcinomas that in a single treatment with just 3 percent of the normal drug dose and 6 percent of the standard radiation dose effectively eliminated tumors within a week. Equally important, the nanoparticles are too small to damage healthy cells around the area targeted with the laser detonator.

“Surgeons often cannot fully remove tumors that are intertwined with important organs. Chemotherapy and radiation are commonly used to treat the residual portions of these tumors, but some tumors become resistant to chemoradiation. Quadrapeutics steps up when standard treatments fail,” said Lapotko. 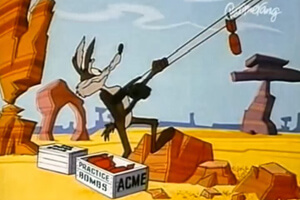 Fighting cancer, doctors say, can feel like taking the patient to death’s door in order to kill the cancer cells. Targeting chemotherapy and radiation more precisely at cancer cells, with less collateral damage, has long been a goal. While some scientists have focused on training T cells and other naturally occurring vehicles to seek and destroy the cancer cells, others have turned to nanotechnology fashioned from medically safe materials, such as gold.

Lapotko’s method benefits from previous work, much of it at Rice, with gold nanoparticles and lasers. But the focus on the destructive power of bubbles that can be produced locally and on demand is unique. The bubbles allow the nanoparticles to bring both chemical weapons (drugs) and conventional weapons (bombs) to the cancer’s hideout.

Will nanobubbles fight cancer in real patients as well as they did in mice? MD Anderson Cancer Center will likely conduct clinical trials of the quadrapeutics method in the coming months. The approach can be applied to various types of cancer that form solid tumors, Lapotko says.

Curiously, in his work producing and popping nanobubbles, Lapotko also stumbled across a bloodless and effective way to detect malaria. It turns out that the parasite’s waste contains a nanocrystal that will also create a nanobubble when heated with a laser pulse. Listening for the signature pop alerts lab clinicians to the presence of the malaria parasite. Gold bullet indeed!